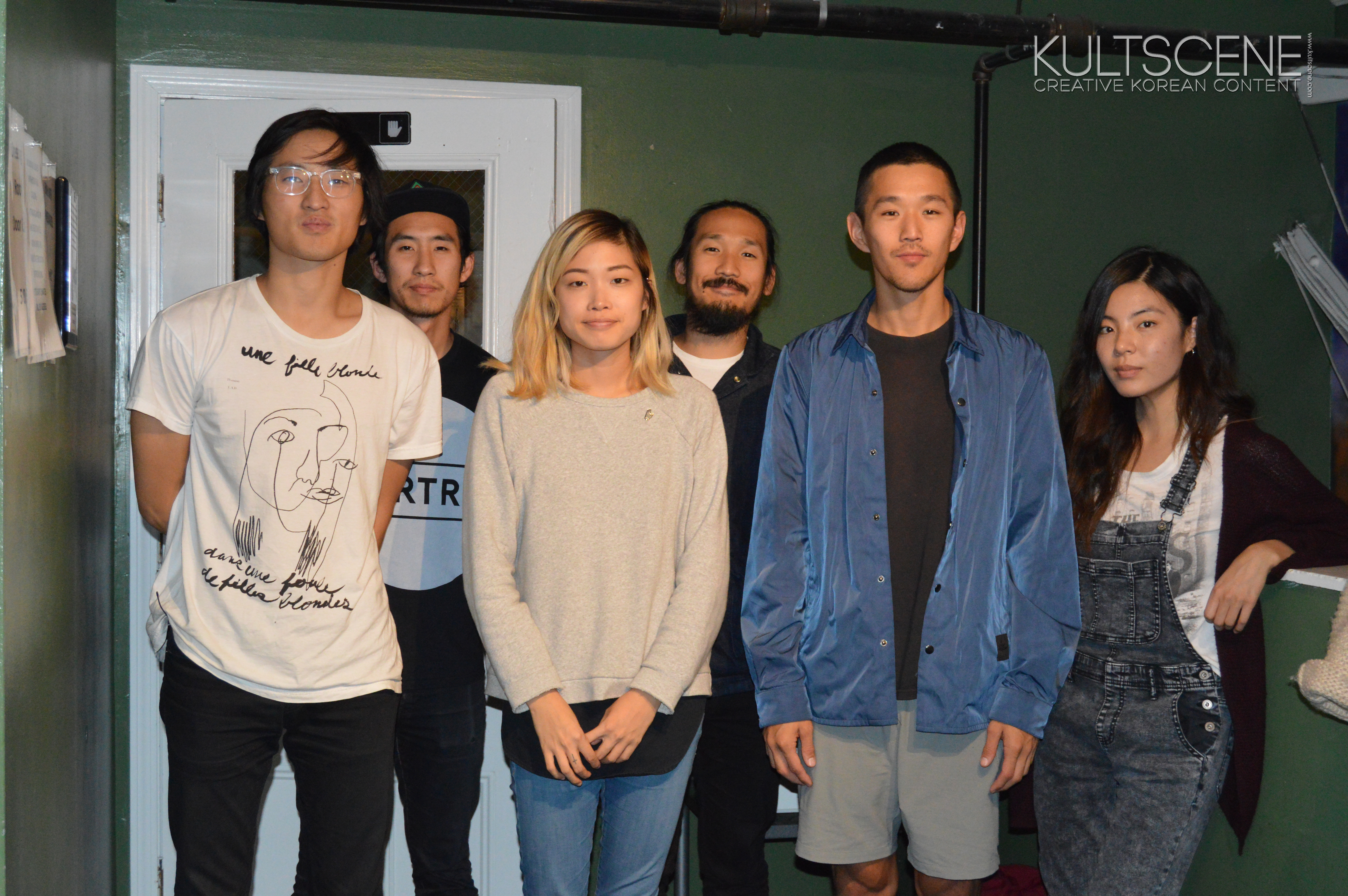 KultScene sat down with six member Korean-American indie folk-rock band, Run River North (previously known as Monsters Calling home), before their set at Brighton Music Hall, in Boston, last Wednesday. The group is no stranger to the city, having already been here several times and had actually performed at the very same venue earlier this year in April. We talked about the weather, to which they were totally digging, performing in Japan, touched base on being Asian-American, and some other insightful topics.

KultScene: Our audience might not know you, can you introduce yourselves?

KultScene: You’re about a fourth of a way into your tour with “Finish Ticket” and “IronTom.” What’s this tour been like? Are there any funny/weird habits your bandmates have that you never noticed before?

John: I think we know a lot about each other, it’s kind of hard to find new habits that you know people have picked up. Being in a band, with this band, for two or three years of touring, you kinda get each other pretty quick but yeah, I think by now we get most of it. The tour has been great so far. I think it’s like our first, kind of like full support run with a band that is great. I mean, we’ve toured with great bands before too but this is kinda something that we wanted for a while, to tour with some like minded friends.

Alex: “Beetles” is always my favorite.
Sally: “29” is fun because we added this crowd participation part, so we all sing together. It’s unique so we try to involve [the audience] as much as possible.

KultScene: In a recent interview, you mentioned that your first album was about looking back at the immigrant story. And in your most recent album, you guys talk about looking forward and finding your identity. Are there any themes or concepts you wish to tackle next?

Daniel: The common thread isn’t predetermined. It’s usually just consistent and it just shows up at the end of the songwriting process, you just kind of see “oh, there’s a general theme here” and I think that’s what it’s been for two albums.

John: That’s kind of the beauty of making albums; you see a snapshot of that period, that moment and that phase.

KultScene: You recently performed at SXSW this past summer. How was that experience in comparison to when you performed on “Jimmy Kimmel Live!”?

Alex: SXSW is an interesting set. There’s hundreds of shows going on at the same time so it’s not really like it’s your time to shine, it’s barely your time to shine and you just gotta play in front of whoevers in front of you and hope that someone’s there, but you can’t expect anything out of that. You just gotta go in there with low expectations and hopefully you’ll get a nice showcase and hopefully someone comes through. And for us, we were lucky this time around where one of our showcases, we got this promoter who does festivals in Japan, and because he was there, we were able to go to Japan. Those things are never guaranteed. And with Jimmy Kimmel or Seth Meyers that we did this year, there’s this focus of everyone watching you; there’s one mission and one opportunity, so it’s a little different I guess. SXSW just feels like doing a tour but a little more focused. You can’t really compare the two too much. Both are pleasant in different ways.

John: Our agent, our managers really set us up; there’s a path, a goal for each showcase. We wanted to bring different people to these showcases, so if you’re just an indie band with no fame, it’d be very difficult to stand out, but because we have such an amazing team behind us, they’re setting up all these paths and opportunities for other people to interact with us and I think that’s the key with SXSW. With Seth Meyers, Jimmy Kimmel and stuff like that, that’s more for exposure. All of this is going towards a plan, it’s progressing towards a plan to be more successful, to be more exposed to different types of people. So all of it is working for us.

Alex: There’s really no negative side to it.

KultScene: You auditioned for Kollaboration in 2011, I’m actually apart of Kollaboration Boston. How have you turned any initial failures ultimately into success?

Alex: That’s how we got started, actually. Kollaboration is a great way to play on stage, but it should only be a platform. And if you want to be an artist and want to perform, then you should keep singing. You should never let Kollaboration be your judge, unless you like being judged for your work like that in a competition sense, at least for our band, that’s not what we want to be doing. It was a great way to get started, it was a great push for us to say “okay, if we’re going to perform on a stage, what do we need to do so that..” you know, regardless if we get the money, it’s fine, but would people want more of us after that?

I think that if it’s your job and it’s your life career and to go around doing Kollaboration. That’s just not for us. I don’t really encourage that for people. If they want to better themselves in their art and use that then yeah; it’s another platform, and if it’s a cool stage, if it’s going to expose you to more people, especially in the Asian-American community where you can inspire people that way, then yeah, do what you can and be good at it. But I think the goal is to get the people that do the Kollaboration shows, to come out to actual venues, to actual shows that people do for a living and see what it’s like and that includes the audience as well, as the artist. Everybody, if we’re talking about empowering Asians, go to wherever everyone is doing shows, go to where there are galleries, where there are people who have been doing this forever I think that’s the main thing about Kollaboration, to be the gateway for those audiences or artists to go out there to support those who make music or make art.

Daniel: I think Kollaboration is a great service to the community; a great opportunity.

KultScene: What are you hoping your Boston audience will be like tonight? Is there a message(s) you want them to leave with tonight?

John: Personally for me, like any show, we want to create fans where people will see us 15 years later and say, “oh man, I remember seeing them in high school and I still love them” or the ones who will follow us no matter what, keep up with everything that we do, fans that will, you know, follow us on Instagram or Twitter, fans who just love everything about us. That’s our goal, to be loved; to be loved by hardcore fans who love our music, not just one song.

Daniel: I hope people leave the show inspired to pursue their craft, to just be good at what they do in life. Seeing six Koreans or Asians on a stage in a world that, you know — [some people think] it’s not our place to be here, I think, but I hope people feel encouraged to push through. For 45 minutes or whatever the show length is, they’ll get to enjoy our music for what it is.

*Interview was edited for clarity.

Also on KultScene: Rock Bottom On Top In London [Interview] 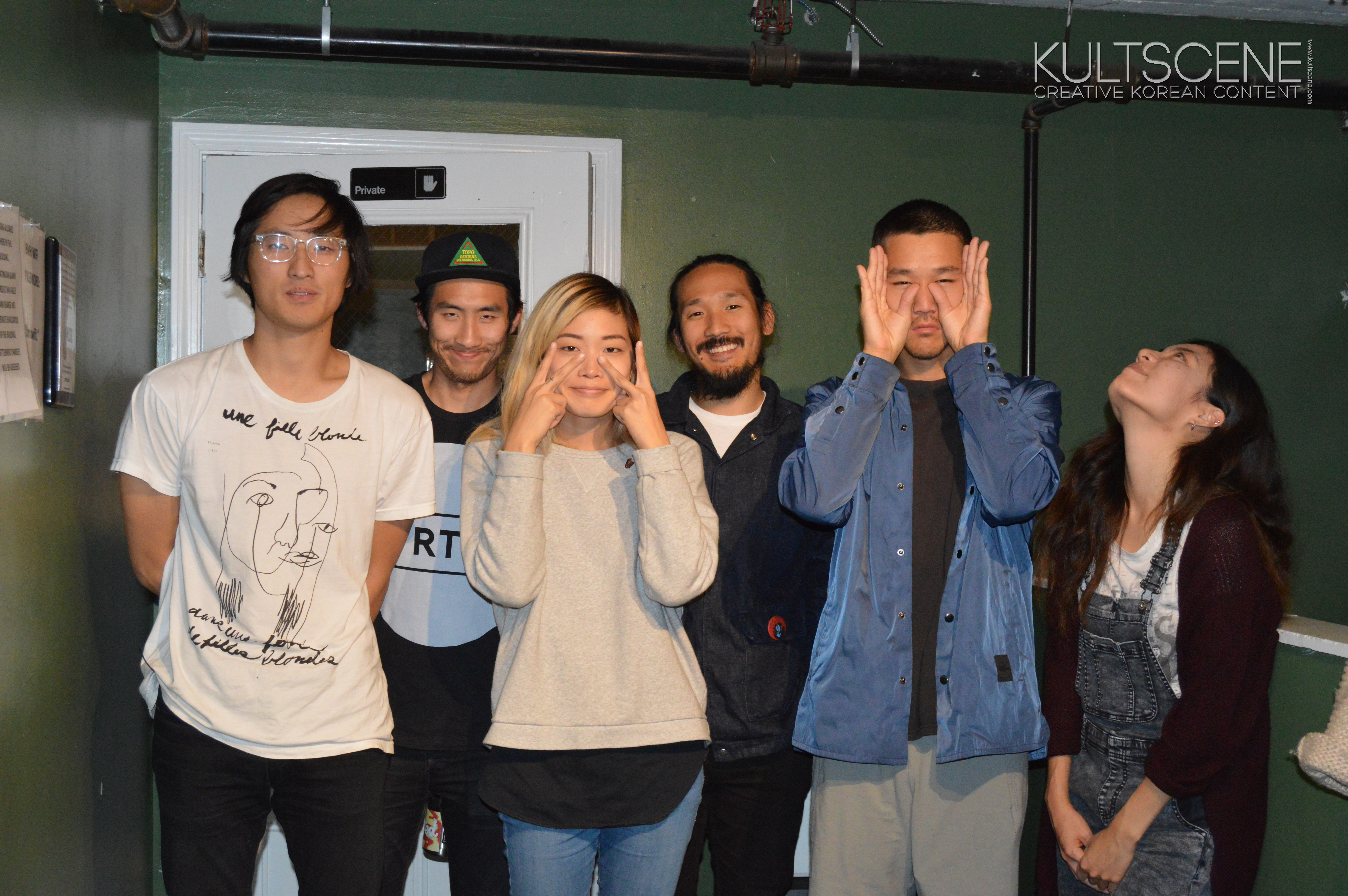 And they did just that. Run River North gave an awe-inspiring show, performing what felt like a greatest hits/ repackaged masterlist set, with a total of eight songs. The sextet opened with bright lights and “Excuses,” (if this festive folky beat alone doesn’t get you hooked, then check out the music video, you won’t be disappointed). They hit the ground running! There was really no easing into it; RRN accelerated at high speed. This band meant business. RRN quickly shifted gears, transitioning from folk to rock and got the crowd bopping away with “Run or Hide,” which is off of their second album “Drinking From a Salt Pond” — definitely a crowd favorite.

Now, my personal favorite, “Monsters Calling Home.” Their debut/self titled debut album, “Run River North.” is about the “immigrant story.” Well, what does that actually mean, you ask? In case you read this far and still haven’t looked them up, the members of Run River North, Alex, Daniel, Jennifer, Joe, John and Sally, are all second generation Asian-American; it wasn’t planned, it kind of just happened that way. They drew inspiration for that album from their parents; parents who had to start over, “digging for worth, in land under a foreign sun” when they left their homeland. RRN has become a voice for a generation that’s kept quiet. They’ve become this light, for a community that thought certain instances were only happening to them and no one else. No one should ever feel like they’re the only ones experiencing some sort of turmoil, let “Monsters Calling Home” be your outlet.

One of my favorite things about live concerts is when the band performs not only their hits but also their b-sides. Sometimes, the b-sides are the best songs on an album, like “Superstition” and “Seven.” Run River North showcased such captivating harmonizations in “Seven” that it left the crowd breathless. Maybe it’s the countless years they’ve been together and all the shows they’ve performed, but the chemistry and dynamics between these six could make anyone envious!

Their last three songs, “Pretender,” “29” (as mentioned by Sally earlier) and “Anthony” were very interactive for the audience and for the band; RRN had the crowd singing and clapping along to the beat. Even had us with our hands up in the air at one point. There was a part towards the end of “29” where Alex and Joe were facing one another duking it out on their string instruments, then Alex leaned his forehead into Joe’s T-shirt and wiped all his face sweat on Joe. That’s how you know you’ve got a friend for life. They pulled out all the stops for their last song “Anthony.” Jennifer traded in her violin for guitar and, well, she absolutely slayed. I’ve seen a few photos floating around the internet of Alex’s hair, but since he had it tied up during our interview and throughout 90 percent of their set, when he finally released his luscious locks (I’m pretty sure this guy had better hair than most of the females in the audience), it was the final icing on the cake. Concerts can’t be entirely serious, right?

Even if you think folk, rock or that combination in general isn’t your thing, go and give Run River North a listen. Even if their style isn’t what you’re used to, their story telling through their lyrics should be more than enough to lure you in forever. And don’t forget to check out Run River North, as they tour a city near you!