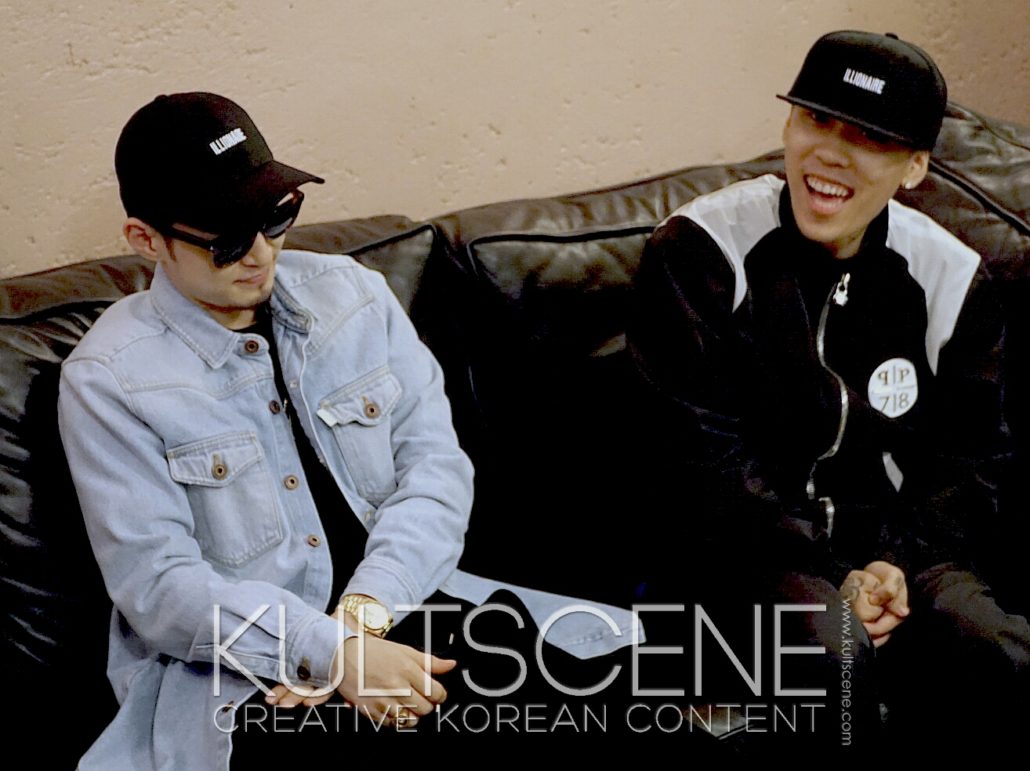 For the second time this year, Illionaire Records CEOs and rappers Dok2 and The Quiett got Los Angeles lit with their NO RE$T tour on July 29. Set at Koreatown’s staple The Wiltern, the rappers performed almost 30 of their most popular and recent hits after being introduced by their friend, the jeweler Ben Baller.

But before the show, Dok2 and The Quiett gave a quaint press conference and gave their curt yet solid input. On the state of K-hip-hop’s globalizations, The Quiett, in English, said they felt good about it. Dok2 resonated the sentiment, “We feel good, we feel thankful, it will get better and better. I don’t know, we don’t think that deep. We’re just enjoying it,” he said with a laugh. The Quiett shared he’s working on his new LP, which will come out later this year. When asked to describe their music, “I don’t know, it’s up to [the listener],” Dok2 answered a bit dismissively. However, The Quiett jumped in and called it “positive hip-hop.” At this, Dok2 added, “we don’t do negative shit, we only do positive shit.”

Dok2 said he wasn’t working on collabs with anyone while in LA, “only food [and] shopping.” Moreover, he shared he didn’t have anyone in mind from Korea he wanted to collaborate with or plan on bringing anyone new into Illionaire. However, when asked about the possibility of releasing a collab album with AOMG Records, Dok2 said: “… Jay, we grew up together. Since 2010, we’ve been doing a lot of shit together. So AOMG and Illionaire is like a family. We’re not like business partners or nothing, we just [collab together]. But an album — when it comes to an album, it’s a business, so, we don’t know.” He said he’d be down to work with anyone in the US though, but shared he doesn’t know yet if he’d try to break the market here. “It’s hard to discuss it, when we’re talking about marketing, it’s just different,” explained The Quiett. Dok2 stated they weren’t going to rush. 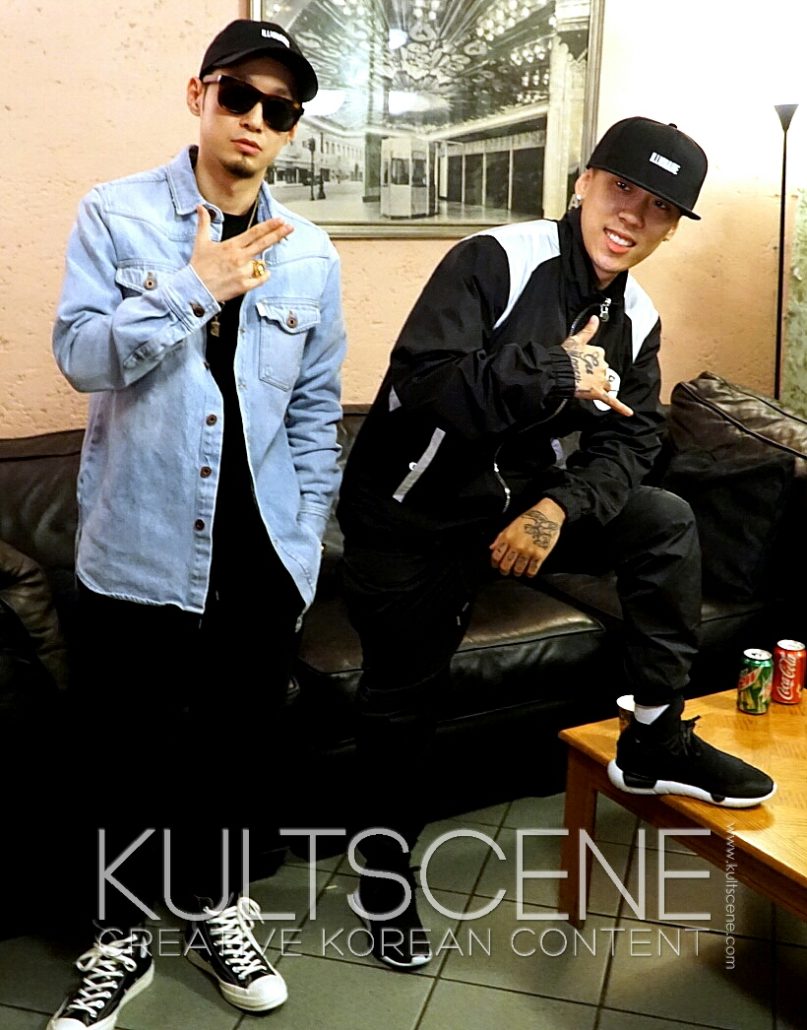 Another topic of interest was the fact that they were playing at an iconic Los Angeles venue. Dok2, true to brand, commented on their performance: “We don’t do nothing special. Just, you know, feel some LA vibes. Connect with each other.” A terse response, but a true one nonetheless. Without any gimmicks or even long talks with the audience, Dok2 and The Quiett put out a fun yet casual show, in the sense that it felt as if you were turnin’ up at a club with your favorite songs. And as previously mentioned, the rappers performed well over 25 songs, so here’s a recap of our faves.

Kicking off things quite appropriately given the locale, the rappers started out their show with the newly dropped “Beverly 1lls.” Echoing from a darkened stage, Dok2’s omnipresent voice boomed from the speakers before diving into the chorus and before he came out on stage with The Quiett. Even if the audience didn’t know the verse (though doubtful since it was filled with fans), the repetitiveness made it easy to sing along to — just like everyone seemed to be doing, which prompted Dok2 to point his microphone at the audience. This tracked also marked the first dab of the night by The Quiett. 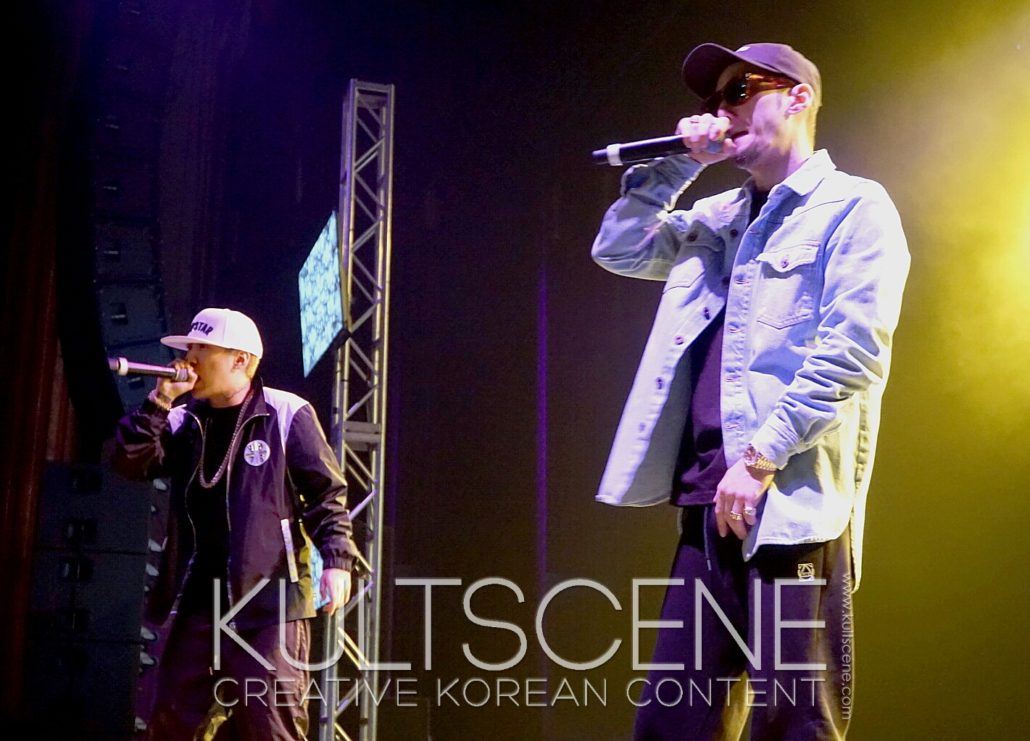 This classic Illionaire song got even Dok2 dancing early on in their set. Not The Quiett though. He was more into stuntin’ and spitting his verses. As for the crowd, however, hands and glow sticks went up in the air as soon as the first beat dropped. 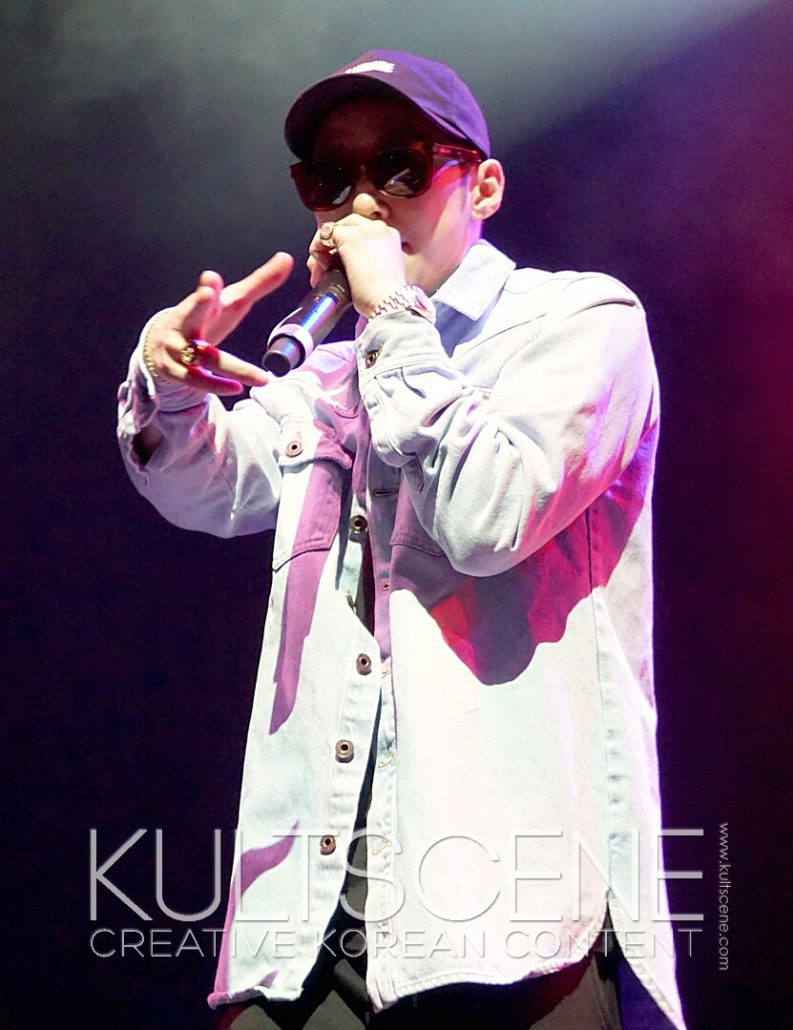 Even without frontman Beenzino, the Illionaire CEOs delivered a lit performance of “Profile.” And given the fervor with which the crowd sang the chorus, it’s no surprise that they keep this track in their set list. 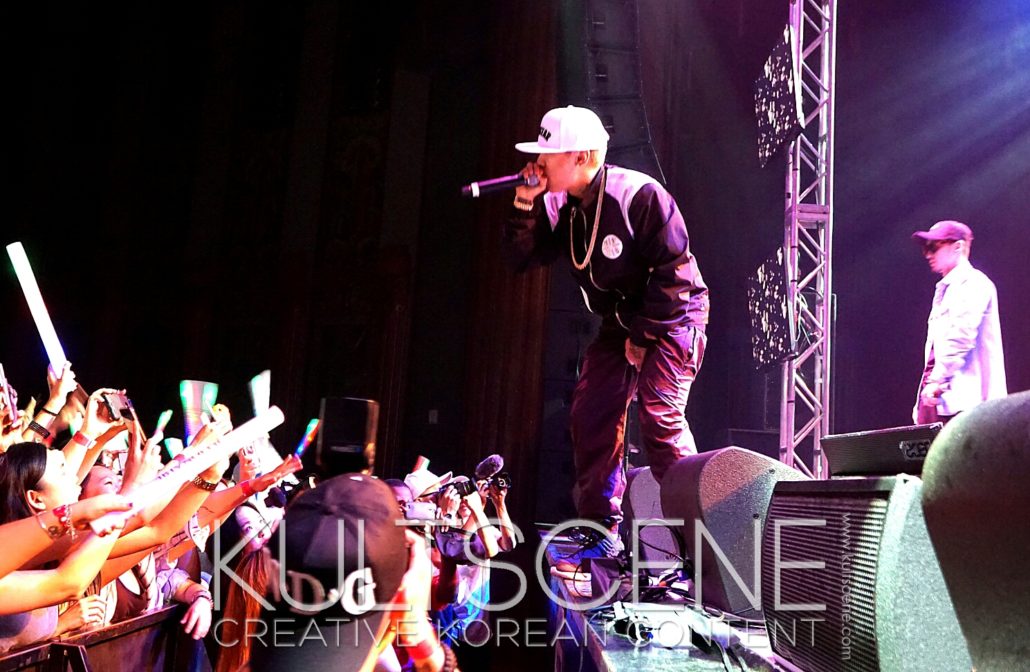 “Put your motherfucking hands in the air,” commanded The Quiett before delving into “1 Life 2 Live.” After mostly delivering Dok2’s punch lines or choruses, this song marked the moment when The Quiett became fiercer than in the previous songs. 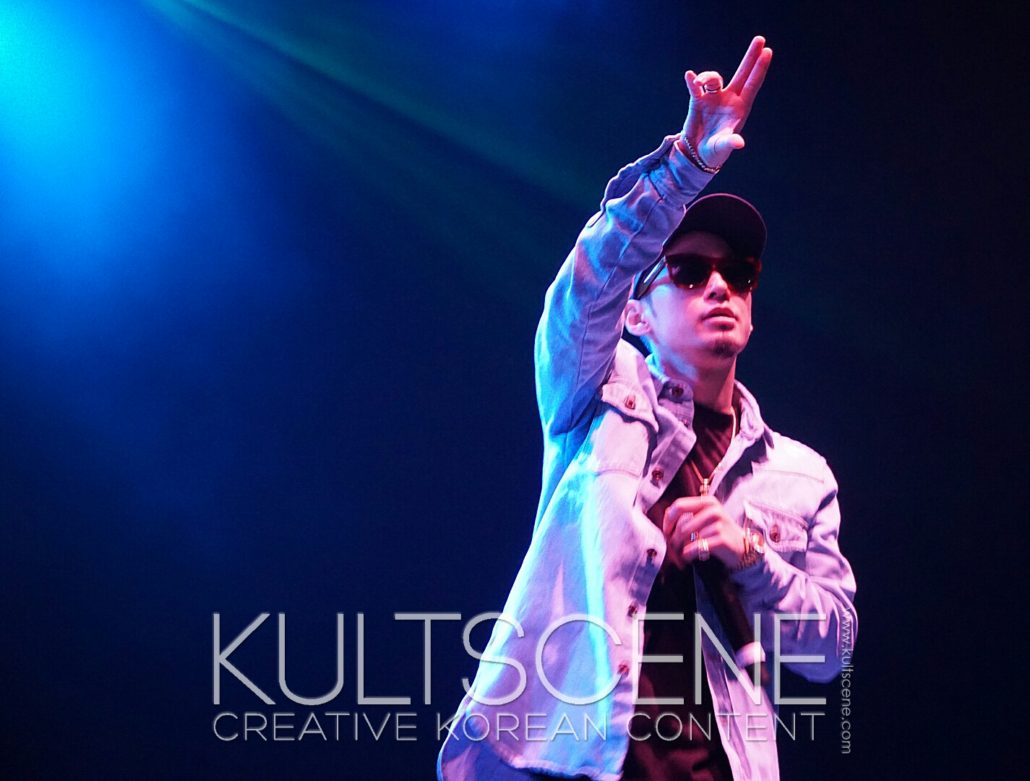 For the first few bars on “Future Flame,” Dok2 spit acapella before the beat kicked in and further proved why the snapback that read “Rapstar” was well suited for him. The Quiett, of course, sat this one out and uttered an “aye” and “yeah” here and there and repeated punch lines and hooks. 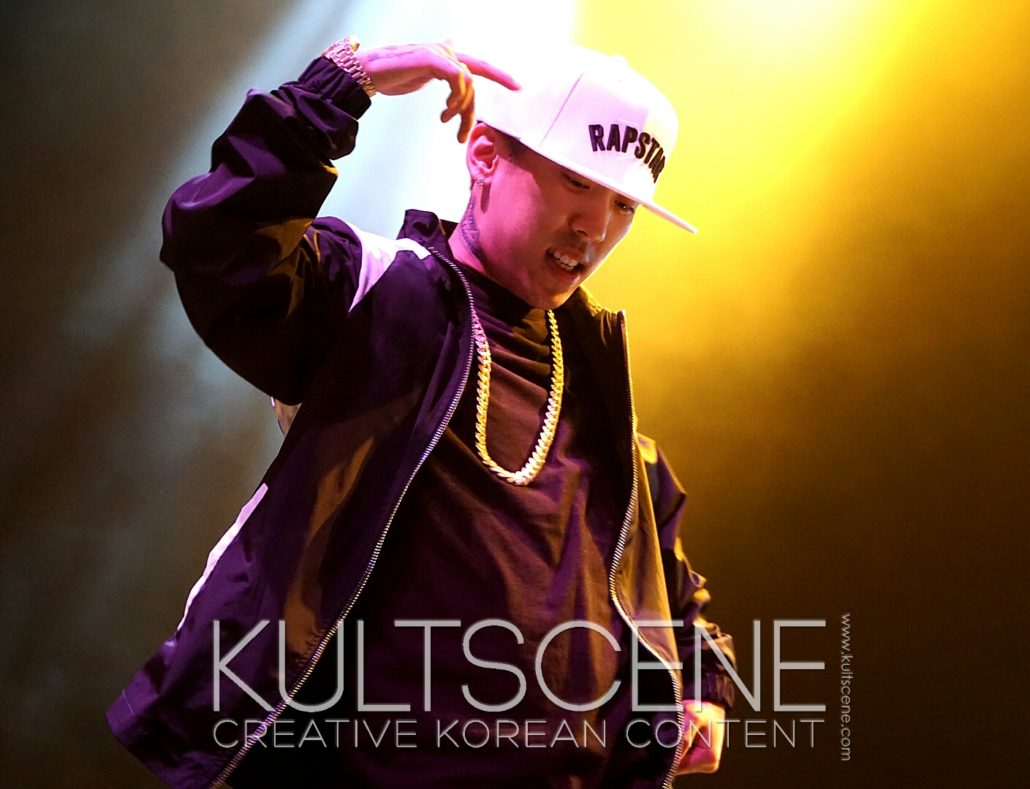 “Rocking with the Best”

Like many of the songs that feature all three Illionaire Records artists, the performance of “Rocking with the Best” was cut short given Beenzino wasn’t around for his part. And even if his presence would’ve been nice (hint, hint future production companies), Dok2 and The Quiett, with their signature blase demeanors, carried the track on their own. 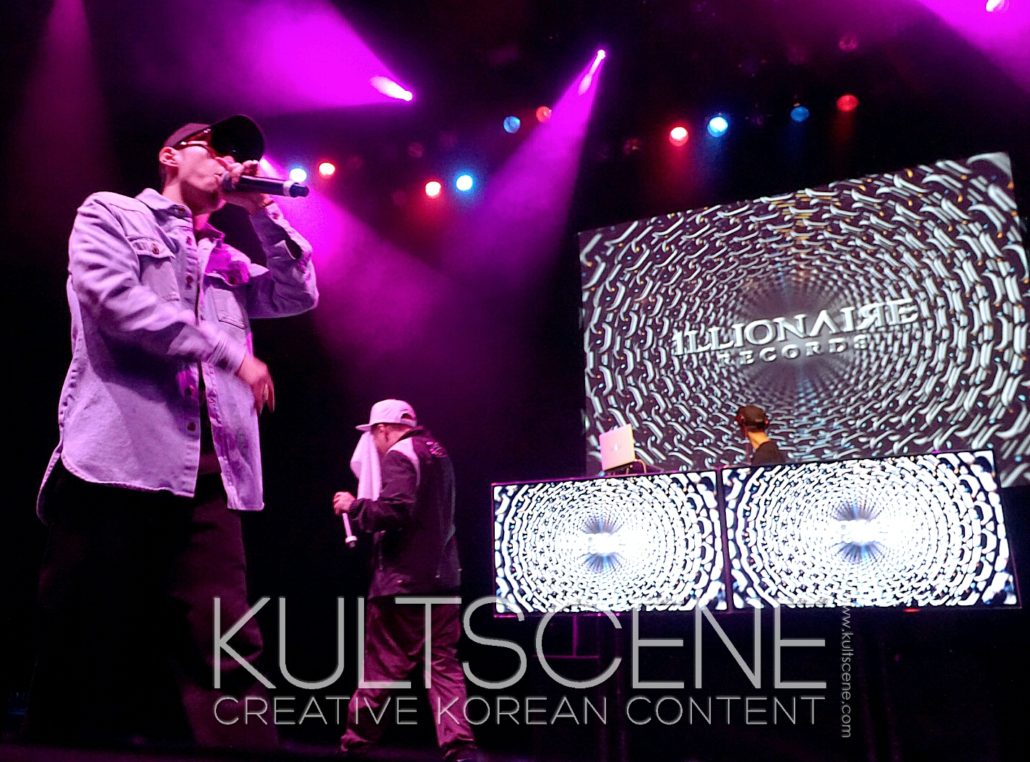 One of the –if not the most — most hyped songs of the night was another Illionaire classic and fan fave, “YGGR.” Typically, English hooks and choruses are what get the most response from the audience. Not this track though. From the pit all the way to the second story terrace, everyone was singing the famous hook and jumping around as it gained momentum. The crowd was so loud that Dok2 and The Quiett largely let them sing the hook and they just went about the stage doing their own thing. 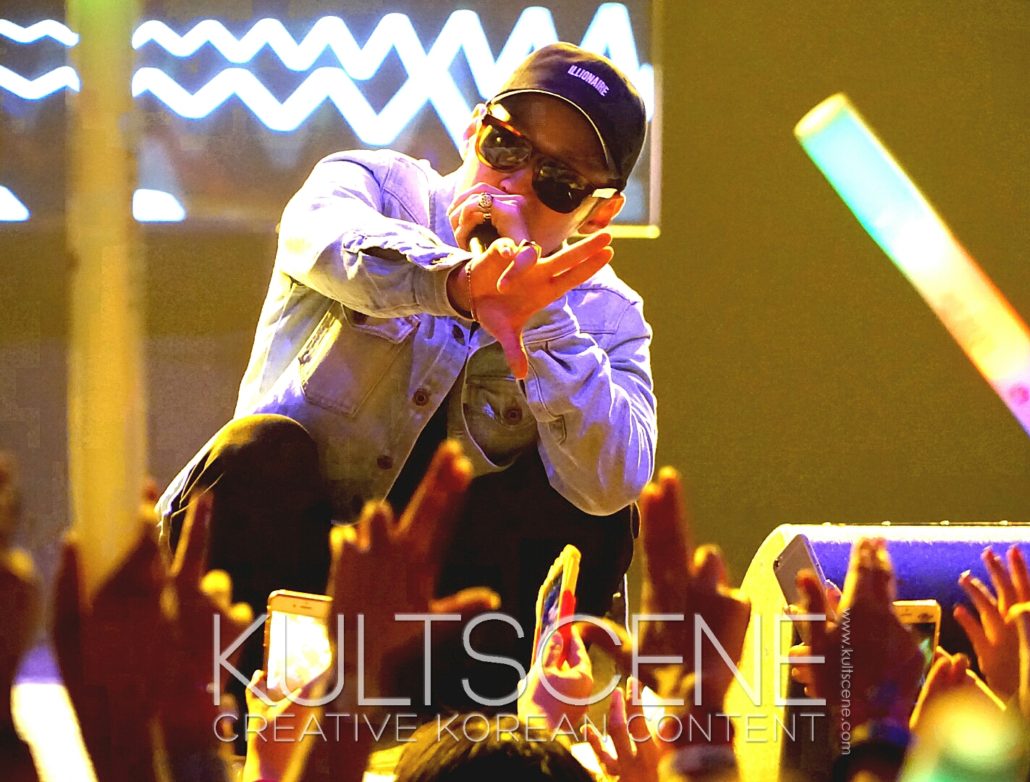 As one of Dok2’s most recent releases, the crowd received it with hands in the hair and intense vibing. At the hook, when the rapper asks “Is it ill?” fans replied with a roaring “Yeah,” showing just how intense the connection was between them and the performers. 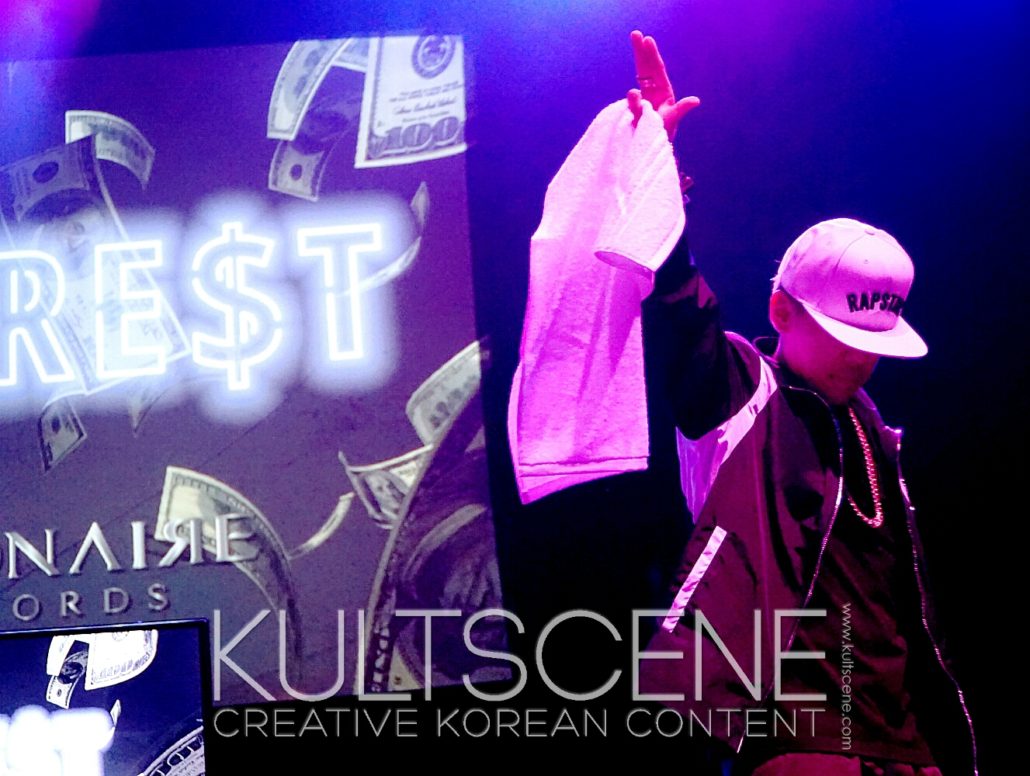 Another song missing its main attraction (cough, Zino, cough) that was a surprising addition to the setlist but much appreciated was “L4L.” You know, that one song that helped Bobby win Show Me the Money 3 under Dok2 and The Quiett’s wings. Just like with “Profile,” “L4L” takes on a new form performed just by these two rappers becoming more hard hitting and, well, even more swagged out. 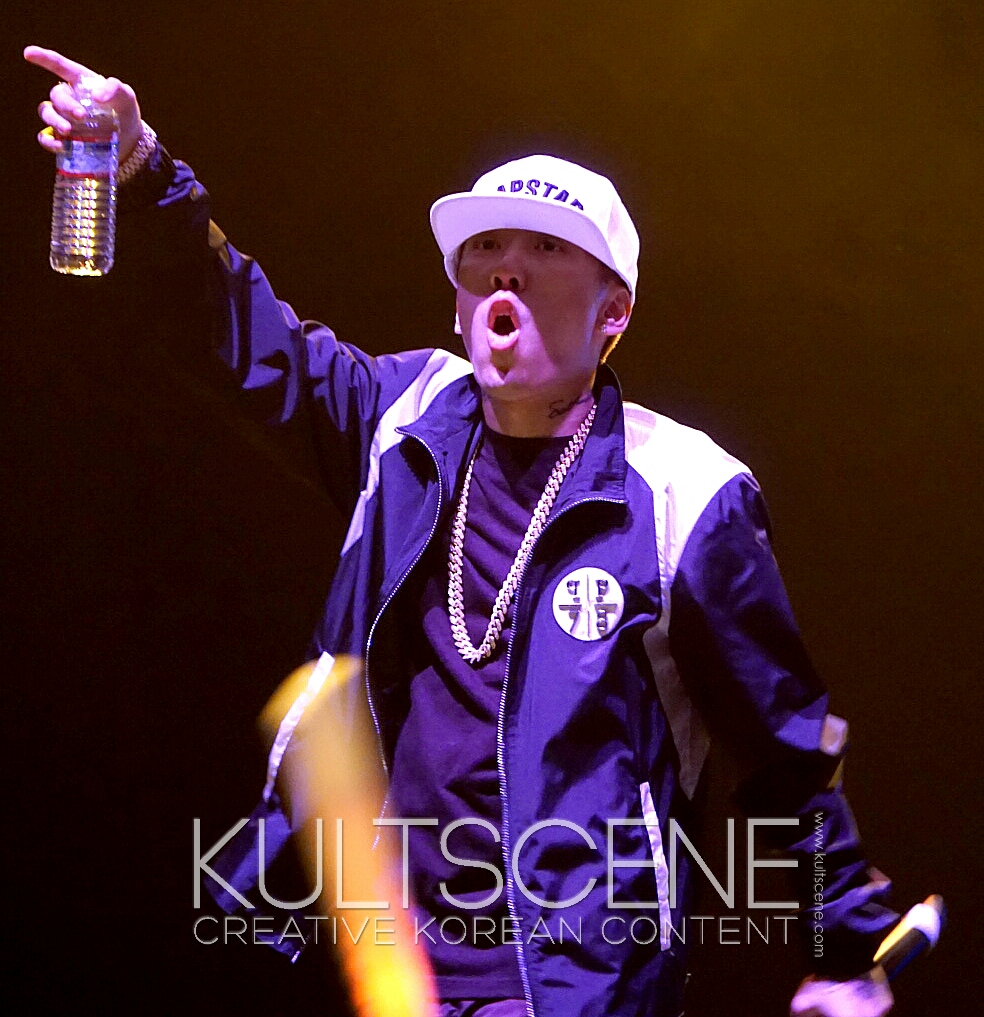 Announcing it was the last song of the night, Dok2 gave shout outs to openers Junoflo and KillaGramz, before they came on stage to join them for “I’m Ill.” For this performance, the pit turned out to be the soak zone, since many water bottles were thrown throughout the whole song, especially during the hook. At one point, rapper Dumbfounded also made his way onto the stage to dance and vibe around with the rest. And after making the crowd sing out the lyric, motherfucker I’m illlllllllllllll, as everyone was wilding out, Dok2 and The Quiett, with Illionaire hands, bowed out the stage (after taking the mandatory selfie with the audience, of course). 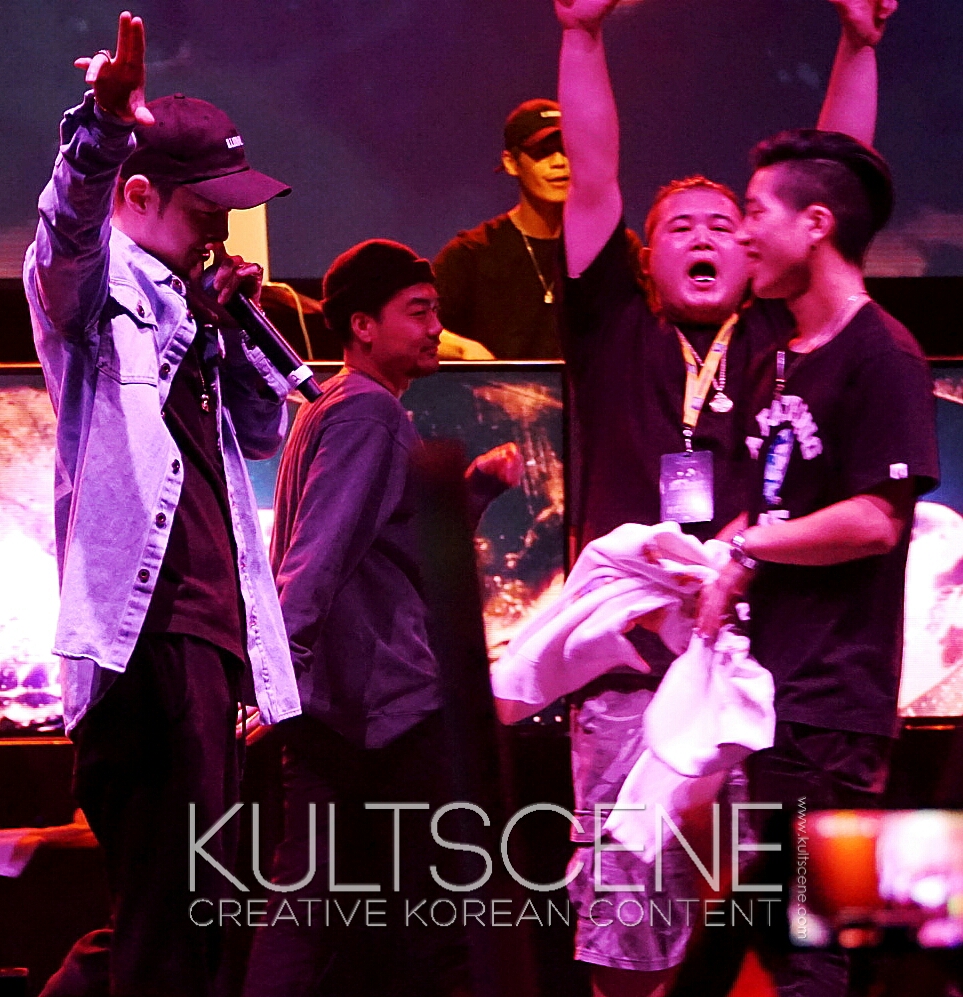 Just as “Beverly 1lls” had been the perfect opener, “I’m 1ll” was the most appropriate closing track because a) it resumed what the rappers and the performances were like and b) it left everyone with an adrenaline rush.

This one’s neither a Dok2 nor The Quiett song. The bonus song on this list goes to Junoflo, who opened the show with a few of his tracks. Despite him premiering a couple of songs at NO RE$T, his performance of “Flo” was a highlight. He commanded that stage like if he were part of the Illionaire crew — plus the crowd received him with arms open. It was a cool contrast to see Junoflo all smiles and thankful for the opportunity to play The Wiltern while Dok2 and The Quiett were their nonchalant selves. Junoflo’s positive energy was infectious and set everyone in high spirits for the main show. 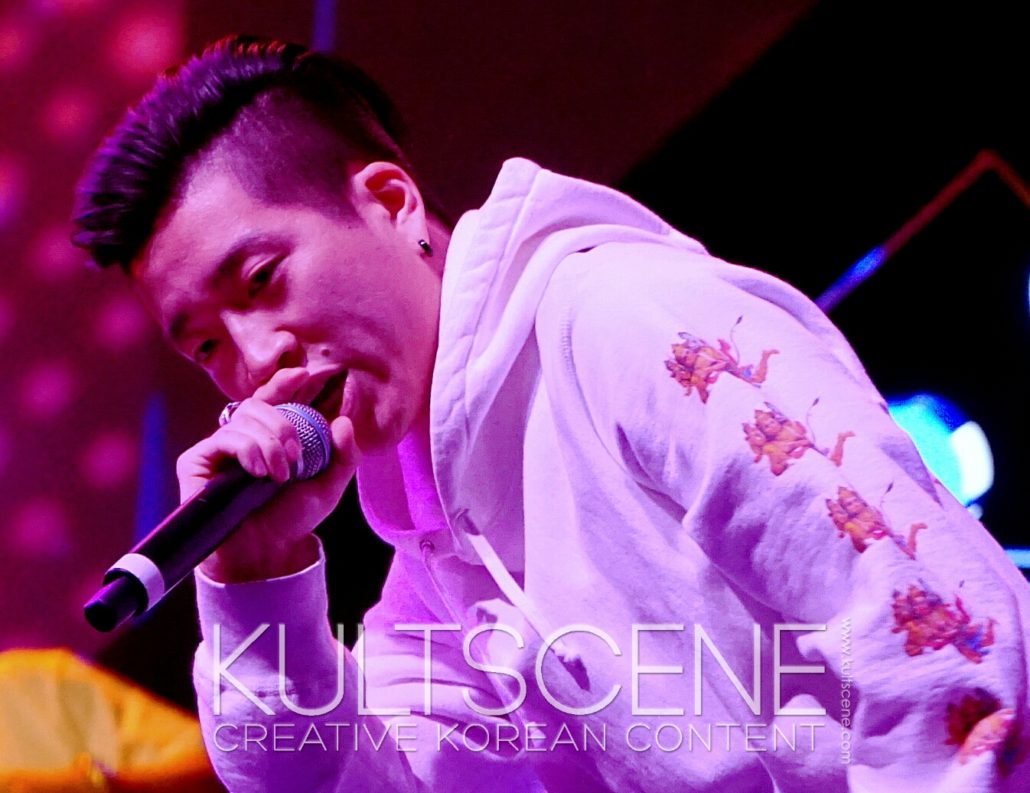