Tag Archive for: My House 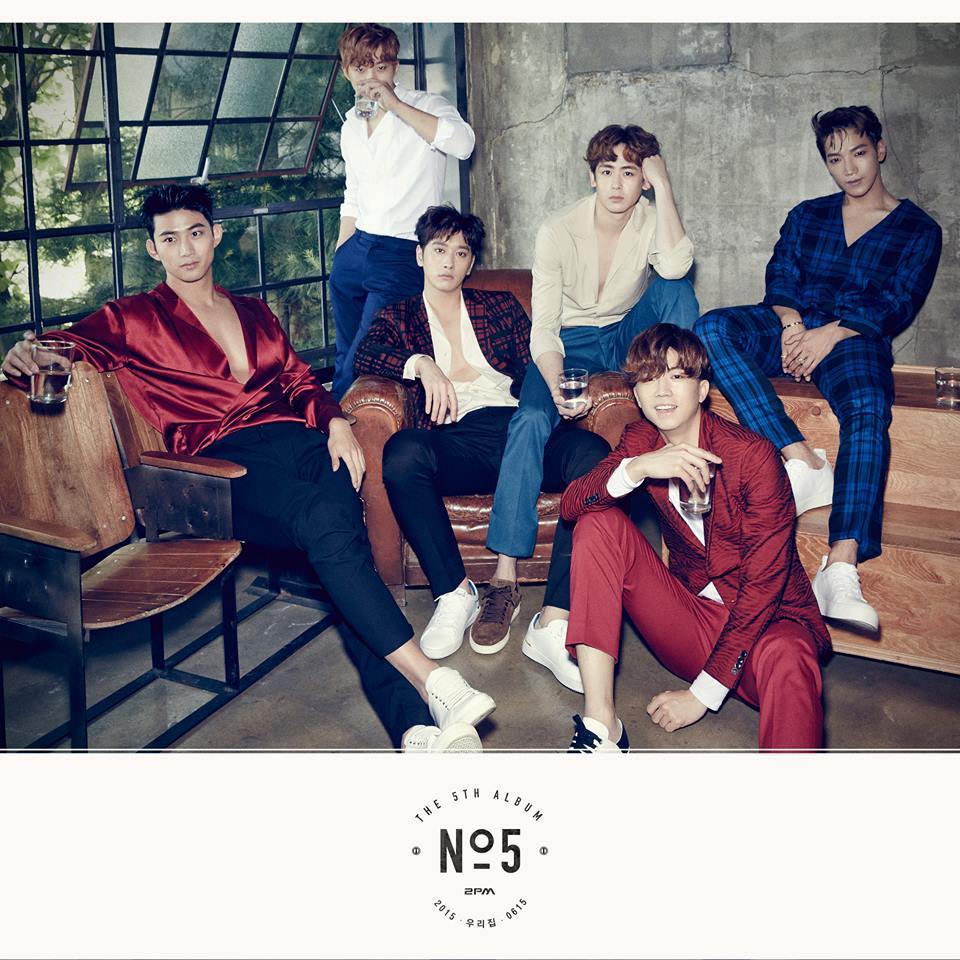 Two weeks after their initially planned date of release, 2PM is back with their fifth full album, appropriately titled “No.5”. Written and composed by oldest member Jun. K, “My House”  marks the return of the group ever since their last release “Go Crazy” in 2014. 2PM is back!

Seemingly simple lyrics but have a subtle sensuality, which when placed in the context of the song and music video have a whole other meaning. The false assurances and confidence that we allow ourselves to believe in order to fulfill our own desires, these lyrics express it perfectly.

Jun. K is well-known not just for his vocal abilities, but also his songwriting abilities, as can be seen by his composing the title track for this album and the album before this. He doesn’t disappoint with “My House,” which combines a series of seemingly random sounds like the ticking of a clock and into an addictive dance track. The track also showcases each of the members’ vocal and rapping abilities, and in true 2PM style, gives equal parts to each member, allowing them to shine individually and as a group. The smoothness of their vocals adds to the sensuality of the lyrics and enhances the song. The chorus is very repetitive, which creates a hook for the song and makes it easy to remember. 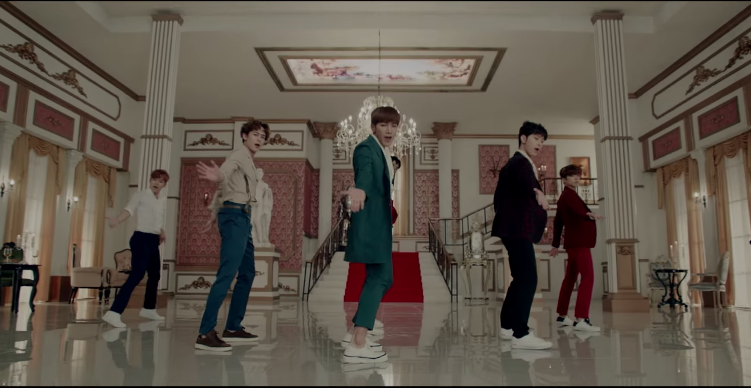 The music video is fairy-tale like, with the setting of a ball and with the people in the video dressed up formally. The colour tone of the video is more on the dark side, giving it a more dreamy feel. There are constant appearances of a clock which strikes midnight, along with the female character tossing her slipper on the staircase towards the end of the video, which is a play on the classic fairy-tale “Cinderella”. Other fairy-tale references in the video can be seen in the red apple the female character is seen eating (Snow White), the claws that appear on Chansung’s hands (Beauty and the Beast), the bunny singing the high-pitched and auto-tuned notes (Alice in Wonderland) and Taecyeon’s appearance as a wolf during his rapping scene (Little Red Riding Hood).

As mentioned above, the video was set in a ballroom setting, hence explaining the extremely gorgeous ball gown the main female character is donning. The female character is played by none other than “Miss Korea” contestant Yumi Kim, who fits the role very well with her stunning visuals. 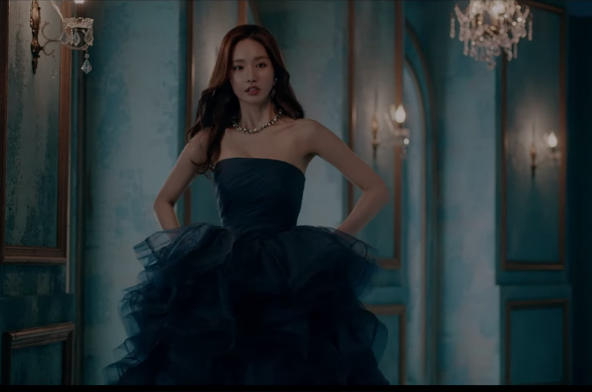 In the dancing scenes, 2PM are dressed casually while they don fanciful suits in the rest of the video. They do look good in their suits, but there are certain hairstyles that do not suit them and make them look overly stiff. Similarly, they look comfortable and natural in their casual attire, but there are some outfits that just make them look plain weird. Still, 2PM’s natural aesthetics make up for the occasionally bad fashion choices.

Also on Kultscene: Fantasy Vs. Reality Performances to See At KCON 2015

The music video wasn’t perfect, and neither was the song, but it was a great title track in all and showed 2PM’s continuous growth as artists. The music video was more symbolic and artistic than normal, but it still carried 2PM’s unique flavor. I’m certainly looking forward to their live performances of this song. Check out the music video below!