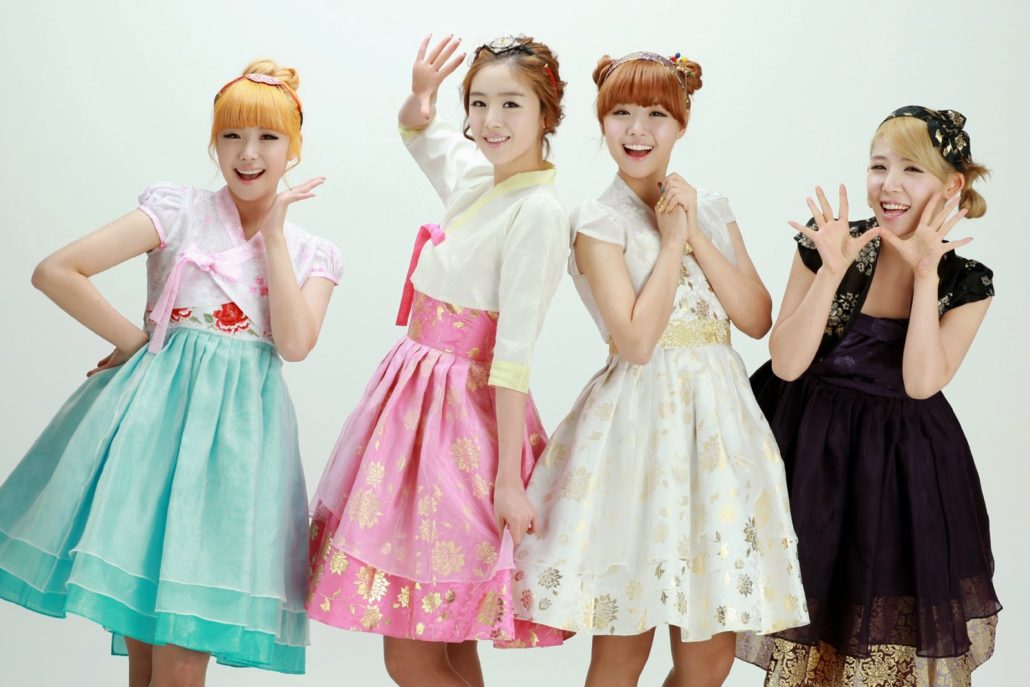 Music, films, television shows, and food are some of the mainstays of Korean pop culture nowadays. With more and more interest in South Korean society than ever before (just open up Sephora’s website!), it’s hard to avoid some aspects of the Korean Wave (Hallyu) in our daily lives. While Japanese kimonos and Chinese cheongsams being recognized around the world and often inspire modern styles, Korean hanboks (lit. “Korean clothing”) are starting to slip by the wayside. What was once worn daily has become something meant just for traditional holidays and even that is becoming less popular, no matter how many K-pop stars put on hanbok for the Seollal and Chuseok celebrations. But some fashion-forward people, including Chanel’s Karl Lagerfeld, are looking back and designing clothing that incorporates the flowing styles to create hanbok for the modern-day and age. Furthermore, walking down the Cheongdam Fashion Street is one of the top things to do in Gangnam making South Korean fashion a force to be reckoned with in the modern fashion industry.

The designers at the clothing store Sonjjang create the traditional colorful hanbok’s worn on Korean holidays, but also offer updated styles that can be worn every day. Taking the simple folds of hanbok and modifying them to imitate today’s styles, Sonjjang’s Leesle line is simple but sweet and a new take on an old fashion. The pieces often come off as hanbok’s cut down, incorporating shorter skirts (chima) and tighter jackets (jeogori). While many are relatively clean cut and meant for daily wear, some of the hanbok utilize embroidery patterns to make them really pop while others are meant for parties and aren’t all that dissimilar from some prom dresses. Sonjjang even sells hanbok for couples and others based off of dramas, such as what was seen in “The Moon Embraces the Sun.” 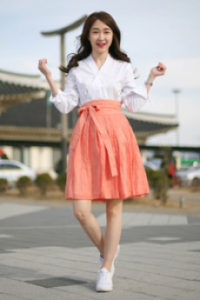 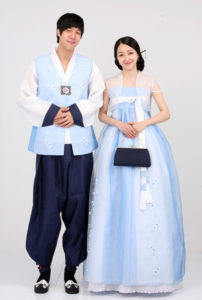 Also on KultScene: What We Learned at AOMG’s Los Angeles Show

Karl Lagerfeld is a big fan of Korean fashion, but it wasn’t until Chanel’s 2016 resort line when he incorporated Korean elements that people realized how enthralled the designer is by Korean clothing. Not only did the fashion show take place in Seoul, but many of the designs showcased that night featured hanbok styles and hairstyles similar to those worn by noblewomen during the Joseon era (1392-1897.) During the show, multiracial models walked down the runway wearing flowing dresses inspired by hanbok, and Chanel even featured multiple modern takes on the hanbok. With a lighter, airier feel than most hanbok, which typically offer full coverage and are made out of rather weighed-down fabrics, Chanel’s take on a classic is an outsider’s proposition on a style of clothing that is starting to get lost over time. 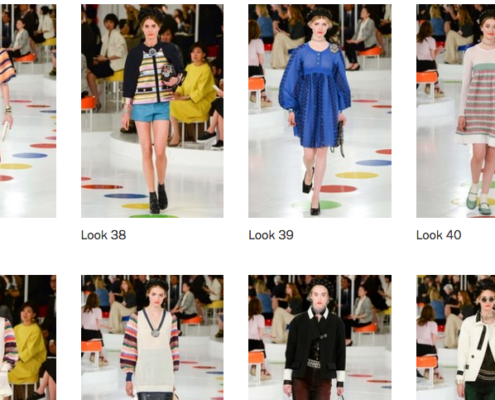 While many guests wouldn’t really imagine wearing hanbok around a hotel, a recent photoshoot for the Four Seasons Hotel Magazine took place at in a South Korean palace, Unyeonggoong, and paired modern clothing items and accessories with modernized hanboks. Throughout the shoot, the model wears an amalgamation of east-meets-west fashion, often putting classically-inspired chima with modern blouses and designer shoes.

The hanbok designed by Kim Hyun Jung can’t be worn, but they’re the most modern of the bunch. Kim, an artist, designs art that explores the modern South Korean woman’s obsession with beauty and fashion through a more nuanced, older lense. In her work, women wearing hanbok pose for Instagram photos, talk on the phone, go rock climbing, and much, much more, all while wearing presumably out-of-date hanbok. The drawings, while anachronistic, reveal a contemporary side to the presumably out-of-style garb.

Fortunately, there’s been a resurgence of popularity in hanbok in South Korea recently. Many young South Koreans have been seen wearing traditionally-styled hanbok as they hang out with one another downtown and at Seoul’s tourist hotspots including Korea’s royal palaces. For instance, on my last trip to Korea I was able to rent a hanbok with my friends while we explored the hanok (classical Korean houses) village of Jeonju, where we were just three of many walking around in hanbok that was easily accessible from vendors. It’s socially accepted dress up for adults and is reviving interest in the hanbok industry by giving a fantastical element to the older fashions. 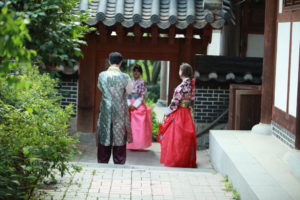