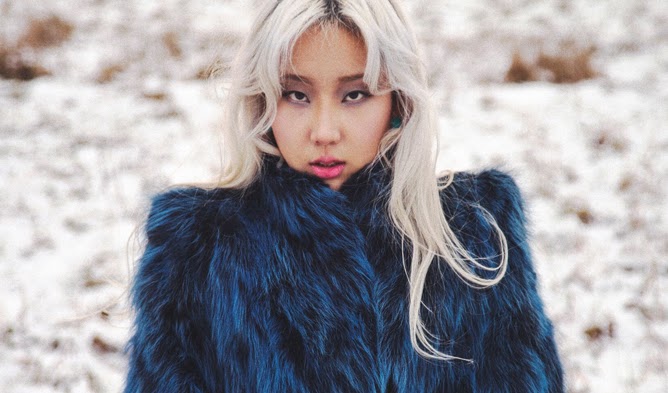 The current, up and coming generation of female Korean rappers is made of versatile and open-minded women with the ability to think outside the box. And while the scenario isn’t exactly ideal for them yet, as standards for female and male rappers are not the same, it hasn’t deterred new names from joining the scene. Amongst those names, ARTLOVER is definitely one we should keep our eyes on.

The 25-year-old, whose real name she would rather not reveal, is the typical multifaceted millennial who gathers inspiration from multiple experiences to create something unique. Formerly a makeup artist who has worked with severe fashion magazines, she is now ready to show her own colours through music.

ARTLOVER’s first single “Want U Back,” released on March 2nd, is a melodic tune with a retro sound that showcases her rapping and singing skills. She worked on the lyrics, composition, and art cover design for the single, which just got a music video as well.

But music, fashion, and design are not the only amount of diversity ARTLOVER has her heart on. Being Korean and based in London, she also divides her time between the two countries.

KultScene talked with her about her first single, her inspirations, and views on being a multi talented artist exposed to two different cultures.

KS: Congratulations on your first release! Please tell us what inspired the lyrics and composition of “Want U Back.”

ARTLOVER: Thank You! “Want U Back” is about young love and the pain of losing it. I started out with a few chords on the piano and the rest just followed so I didn’t really plan it out beforehand. It just happened in the spur of the moment.

KS: How was working with Tae-Seop Lee (producer/mixer engineering; has worked with GOT7, Twice, DAY6, etc.)? How much do you usually get involved in the production?

A: I started out with Swedish writer/producer Max Billion who has worked with a lot of dance artists such as Mike Perry, Paris Blohm, and Cazzette. When we had a solid foundation we took it to Tae-Seop who then put his touch on it. I trust producers that I work with and I always give my opinion. 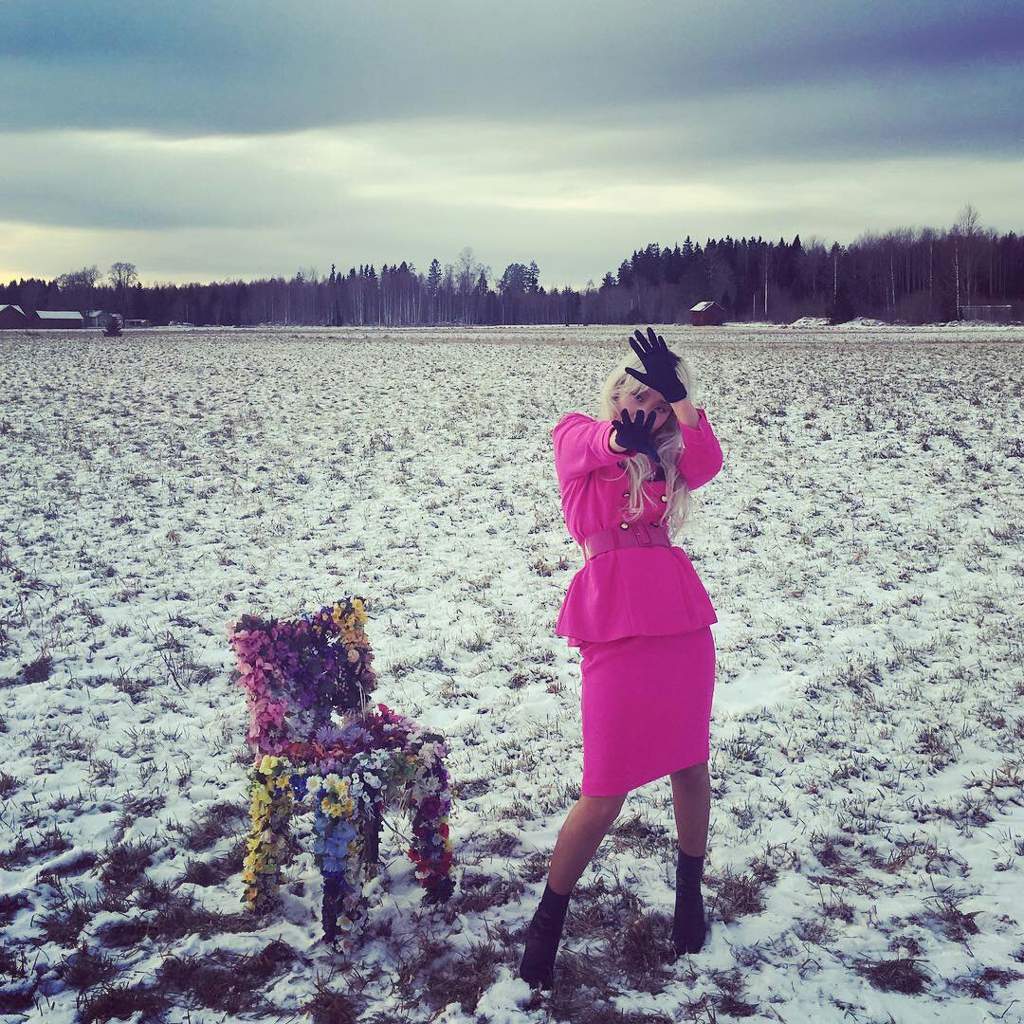 KS: Your stage name is quite unique. We’ve read that you designed the art cover for “Want U Back” and that you’ve worked as a makeup artist before. How do you think all these passions and talents come together when it comes to your music?

A: I would say that the practical aspect of working as a makeup artist has helped me a lot, especially when it comes to being professional and get things done. The visual aspect has always been very important to me, so it would come as no surprise that I think about this a lot when it comes to my music as well. I creative direct a lot of my videos, etc. I think that music and fashion goes hand in hand and it’s very difficult to separate the visuals and the music.

KS: Being Korean but living in London, how do you see the differences between the mainstream music scene of both countries?

A: Korean music is wilder for sure, more effects, bigger songs, and more parts. In many ways, it resembles western pop music and follow more or less the same pattern of trends, but with more ‘90s soul and more creative arrangements. People take pop music very seriously in Korea. Just as they approach other aspects of Korean society, K-pop has always been about perfection.

KS: It is natural to expect that you will at some point be labelled as a K-pop artist by some people. How do you feel about that? And how do you describe your music and style?

A: I don’t really have an issue with being labeled K-pop, as I think it helps me find an audience, especially outside of Korea. I still think that my music really stands out and doesn’t sound like anything else in K-pop at the moment. If my music was purely European or American, it’s far from certain that it would get as much attention.

Also on KultScene: Ego tripping, & not, in Korean female rap

KS: “Want U Back” sounds heavily inspired by ‘80s synthpop music. What are your biggest influences in music and your favorite artists?

A: It makes me very happy you say that, because we used mainly old synths during the recording. Max Billion brought his collection of vintage gear from the ‘70s and ‘80s so we stuck with those. I love Madonna and Cher, but my favorite artist of all time is Michael Jackson.

KS: What are your plans for 2018? Can we expect more music from you?

A: We are currently working on my debut EP that is due out in June, so that’s very exciting for sure. I’m also looking forward to playing shows.

Check out ARTLOVER’s “Want U Back” music video:

The combination of a calm beat, soft vocals, and rapping is something that’s becoming popular in the K-Pop scene. But where did this style come from? Surely something in the mainstream must’ve had its beginnings somewhere else. Crucial Star, real name Park Se Yoon, is a South Korean rapper, producer, composer and lyricist who has that craft down to a T in the hip hop spectrum.

The 25-year-old began his career at the age of 17 performing with the hip hop group Libra Twins, but then joined label Soul Company and became a solo artist. Crucial Star debuted in 2010 with his first single Catch Me If U Can, and released his first mini-album A Star Goes Up in 2011, where he featured artists like Dok2 and Basick. He followed that up with A Star from the Basement in the same year, where he talked about the Korean hip hop scene and how most artists in the game don’t understand the fundamentals of the genre.

In 2012, Crucial Star changed labels again after Soul Company went under and joined Grandline Entertainment, home to Geeks, Rimi, and K Jun. The piano and percussion song Nothing Lasts Forever from his mini-album Fall, is his reflection on the aftermath following the company’s disbandment, where he talks about his dreams and determination going forward. However, it was Flat Shoes from his previous EP Drawing #1: A Dream Spokesman featuring Lovely that was a hit.

Crucial Star draws inspiration from his daily life, talking mostly about his own experiences and especially women. He loves a heavy bass within a gentle beat, which is the staple in his music. His rapping style resembles that of American rappers Drake or Kid Cudi by being laid back and cool. The artist mixes his rapping with his vocals effortlessly, which creates a very nice ambiance in his music. He also tends to do many collaborations with other hip hop and even K-Pop acts.

In 2011, he composed I Just Want U and iPod Girl for then label mate Mad Clown. Once situated with his new company, Crucial Star collaborated with Zion.T, TakeOne, and The Quiett for Own Way for his EP Fall. Geeks also featured him on their remix version of Out of Breath, along with Ugly Duck, Zion.T, DJ Dopsh, 화나, and Block B’s Zico.

Also on KPOPme: Best of the K-Pop B Tracks

As far as collaborations with K-Pop idols, Crucial Star was featured on Jepp Blackman’s, a.k.a. B.A.P’s Yongguk, Last One. And earlier this year, he released a remake of the jazzy Park Hye Kyung’s 2000 song Three Things I Wanna Give You together with Girl’s Day’s Sojin.

The rapper released two EPs in 2013, Drawing #2: A Better Man and A Winter Love Song, and is now preparing to release his first full-length album. Midnight will mark his fresh start. The first single is Paris, a song that compares a woman to the city of lights. Directed by Lee Byungil, the music video is a beautiful work of cinematography that’s simple and chic at the same time, and has a very romantic feel to it. The second single Pretty Girl dropped on October 1st, and is a bit more uptempo than its predecessor. Pretty Girl is yet another collaboration with Lovely, who adds her sweet vocals to a very fresh and clean, soft hip hip song. Midnight, a 15-track album, will be released on October 24th, Crucial Star’s 26th birthday.