You may remember our past article on BEAST‘s music video fashion in Good Luck, but I think it’s imperative to go back in time and take a look at their overall comeback. Once you really look into the music video, you’ll get caught off-guard at how symbolic it is!

This may not be the most amazing video in the world, but it’s near the top of my favorites list. You see, it combines intense choreography with a meaningful plot that really ties into the song; watching this music video was quite the pleasant experience.

The video wastes no time on dropping the mood on you; right from the beginning, the dark, cool colors and scenes of cheating and dischord. At some parts, the coloring is almost completely unsaturated, which does partners well with the atmosphere. Other scenes focus on a blue and orange color scheme, with pops of green and red now and then. Implementing complementary shades definitely works well for the conflicted feeling you get from the idols, acting as the foundation for this well-executed video. The introduction, with an orchestra playing a Gothic sequence, also serves as the warning seriousness and reflects the dark emotions experienced by the members. Add the repetition of the “make you mine” and “good luck to you” wording during their street sequence to the camerawork that ebbs and weaves through their expressions, and you realize how hard it is for them to accept this reality of a break-up. I generally see the same story in these break-up videos with male groups: there’s a girl whom everyone loves, but she’s cheating on all of them. So yeah, the plot is a tad typical. However, that doesn’t mean that this is a typical video. There’s a complex mix of emotions that are heartbreaking when you figure out what’s going on, especially with Jonghyun’s scene at the dinner table.

But first, let’s observe the numbers, 2046 and 2047. They’re most likely used as time markers, but I like to do a little research just in case there’s a hidden meaning. I managed to find some interesting tidbits: 2046 was a Hong Kong-Chinese film that dealt with an affair, while, in 2013, researchers predicted that a climate departure would occur in the year 2047, in which the average temperatures around the globe will be significantly higher than those in the past.

At 2046, Doojoon puts back the woman’s heel as she lies motionless on a bed; this appears to indicate the aftermath of an affair. At 2047, Kikwang finds out about the promiscuity of his beloved, and that’s when the heat begins to rise, and the action picks up. 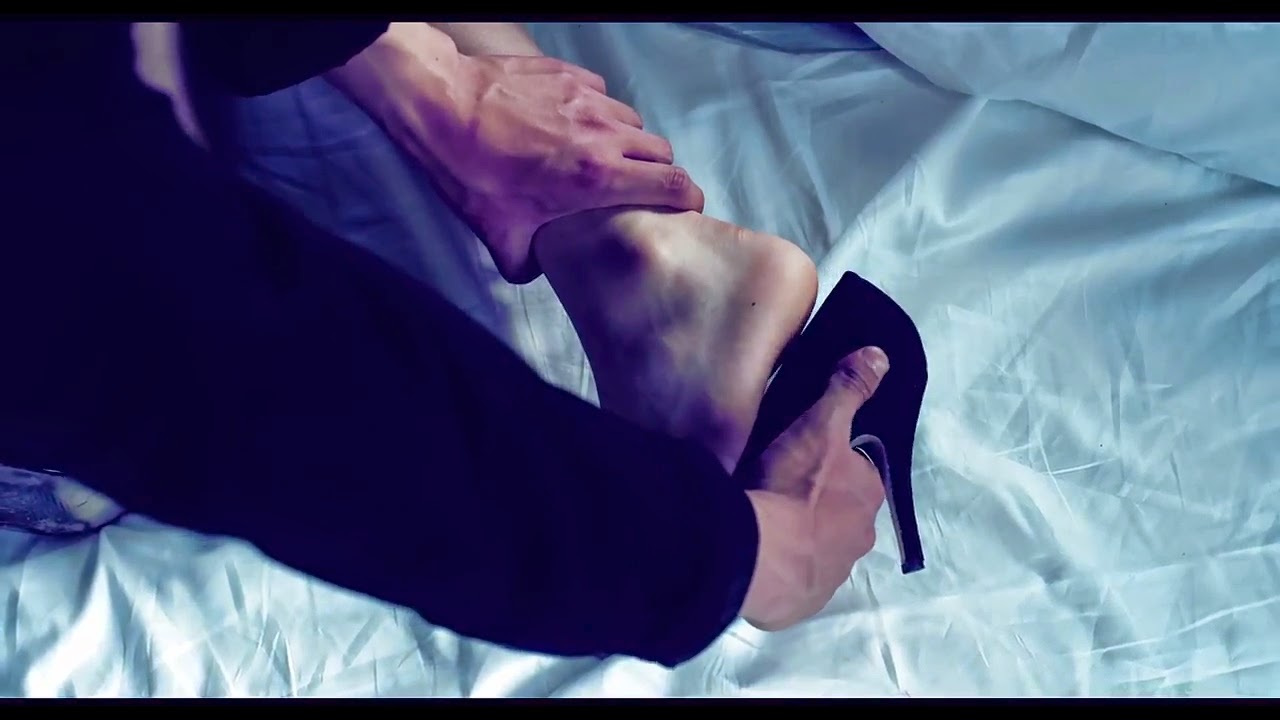 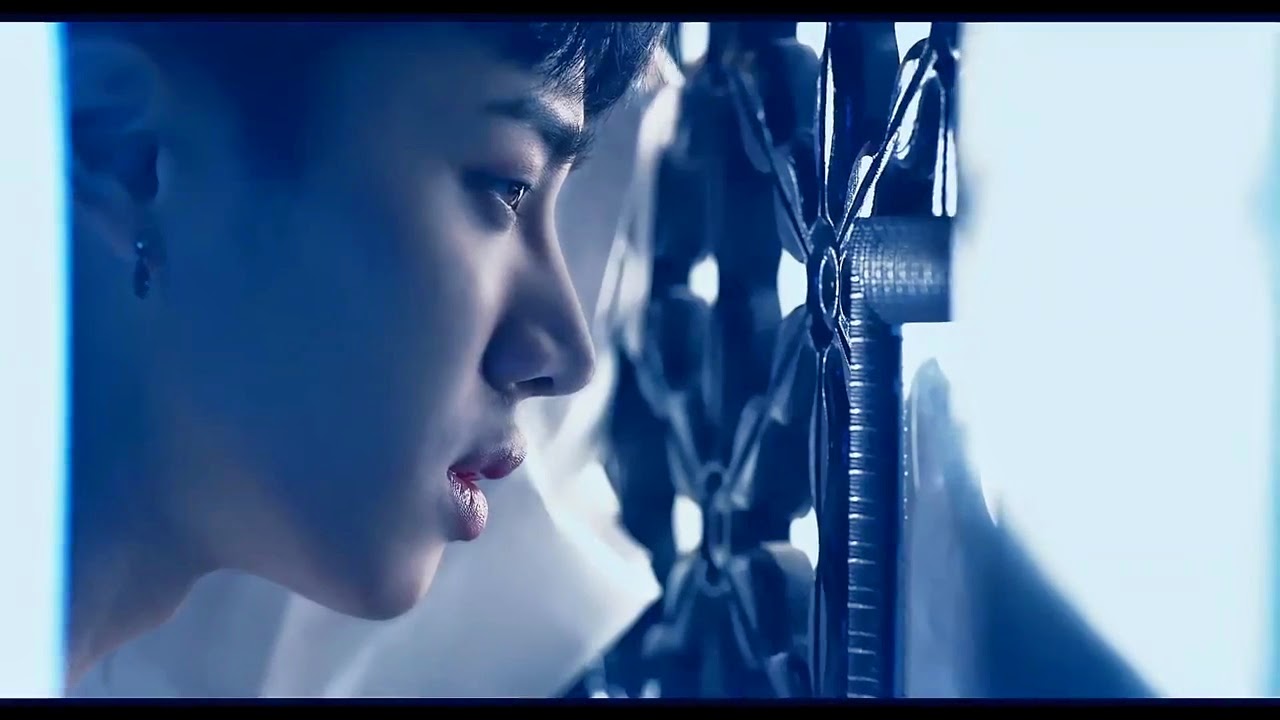 If you go by American time, 2046 translates to 8:46, which was the approximate time that 9/11 occurred and the first airplane crashed into the North Tower of the World Trade Center. Even extending from time alone is 8:47, corresponding to John 8:47, which states, Whoever belongs to God hears what God says. The reason you do not hear is that you do not belong to God.

When you look at the music video through those perspectives, the amount of shock and horror resonates as the BEAST members find out the truth. After catching onto the affair, Kikwang most likely doesn’t see his sweetheart in the same light, as she is no longer with him.

Of course, these is merely me being extremely analytical and pulling out a tad too much meaning. However, I’m not going to ignore the obvious Biblical allusion that comes at the 3:30 mark of the video: At first, you think it’s just representing the feeling of betrayal that Jonghyun feels from the girl. However, it’s not a shallow feeling; the dinner table alludes to the Last Supper, after Judas betrayed Jesus for thirty silver coins, and before Jesus was ultimately arrested in Gethsemane.

That’s a pretty awful sense of betrayal, and the video makes it worse by showing you how the girl stabs Jonghyun in the heart, with no fighting back from him. This resonates with Jesus accepting his fate and still forgiving Judas while awaiting his demise at the cross: Father, forgive them, for they know not what they do.

That pretty much ties everything together with this song; the members know what their love has done to them, and, while they hate the act, they still love the girl and wish her good luck.

It’s been a while since I’ve watched such a heavy-laden video!

As uber fashionista and fellow writer Alejandro already went into detail about the fashion, I’ll just talk about their makeup. This darker concept made good use of the pale skin, black eyeliner, slightly smoky eyes, and finely groomed, straight brows that reflect the emotions of each member. A matte, light BB cream was most likely used for their faces, although the color editing probably affected our perception of their looks. Nude and light pink lips showcase the rawness of the video, and that’s basically their makeup for the video. Simple but effective!

This video was roughly about 60 percent plot and 40 percent dancing sequence, which means that we got a pretty good glimpse at the choreography. I definitely liked what I saw, from the high energy to the sharp movements. There were moments of restraint, especially at the chorus when they say good luck:

They pause when they give the victory sign, as if they’re still unsure about letting go. The focus on the legs and arms represent their chase of of this love and the eventual release of such love:

I think watching their live performance is a better example of the choreography (plus they’re great at singing live):

I really like this song, from its flow to the way it picks up the tempo to the fluid transition to and from the raps. You don’t just feel sad from listening; you feel regretful, betrayed, and angry, and that amount of depth is always wonderful.

Although I was pulled into the video because of the orchestra, the instrumental is still beautiful. They may rely on electronic sounds, but the moments when they use the piano and guitar are played very well. I’m also adoring the tempo, especially when there’s the pause right at the chorus. It’s addicting, and, even though that moment doesn’t have instrumentals, you still get pumped up because it’s a build-up factor.

I hate you love you
Several times a day Up and down
Feels like an elevator
Heal me I’m heartsick
There ain’t no cure for my disease
I’m worn, because of you
I can’t uphold the immense pain you’ve left me with
In this situation I find myself putting my hands
together for you. I pray for ya, Good luck to ya

You have to be happier,
just remember this
no one will love you more than I did
I might be just one of your many farewells
but you will be my first and last.

Ouch! Even if this ex doesn’t know the amount of pain, you can feel it from the lyrics alone. What’s even more heartbreaking is that they wish her happiness; a lot of people want their exes to suffer for their betrayal and break-up, but it’s so depressing when you see how they’re the ones accepting the pain.

Yoseob is known for being a great vocal, but the wonderful part about this comeback is that everyone gets to shine! Each member gets a decent amount of lines, and they’re not the easiest notes to hit when you’re dancing as hard as they are. This style is something that BEAST has done before, with Fiction, but there’s more energy this time around, with more layers to the song. It combines ballad, pop, and rap well; this ranks just as high as Fiction on my favorites list.

Do you really need me to explain my ratings?