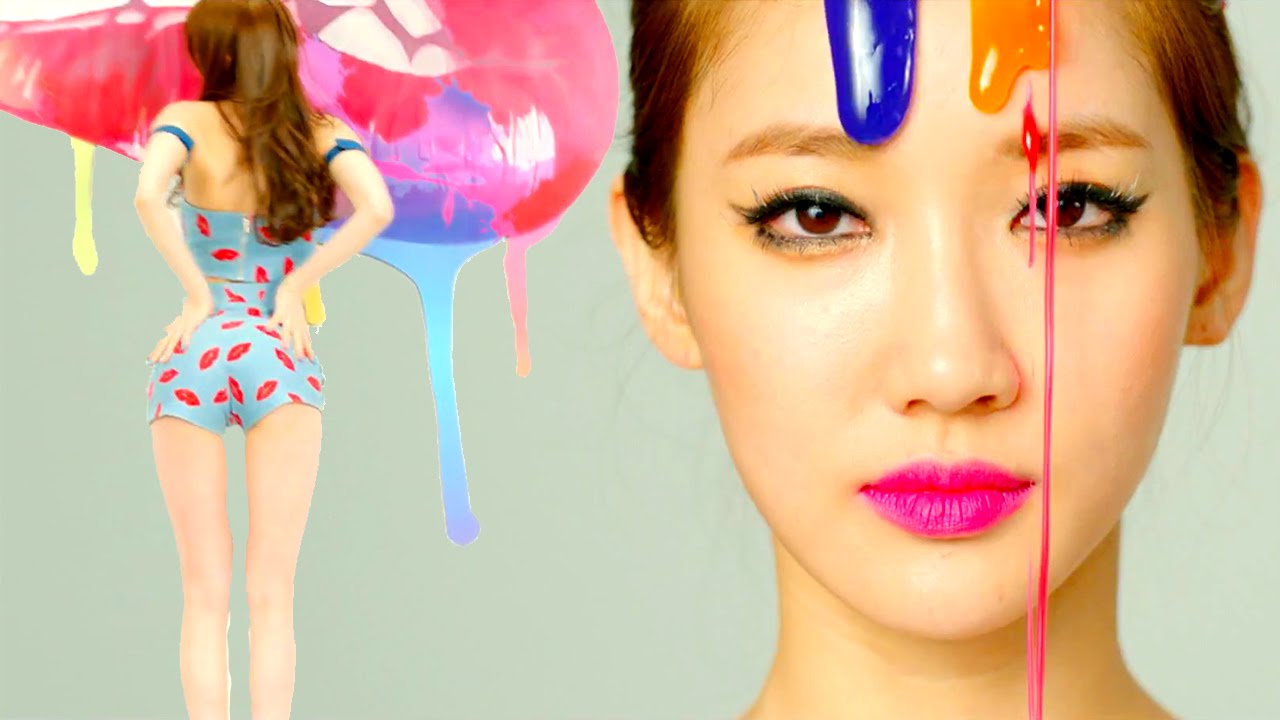 July was an extremely busy time for K-pop. Most of the biggest names came back in some form, creating a strong battle for song of the summer. Naturally, they overshadowed a whole bunch of smaller groups who were debuting or still trying to build a fanbase. Some of the more well known rookies like GFriend and Sonamoo made their first comebacks, managing to build on their past successes. I want to look at some of the other even smaller girl groups that released songs this month beneath the avalanche of their seniors’ material.

Also to be honest, I’m only looking at the girls because I took no notice of any rookie boys this month if there even were any. It’s a bias but I can’t help it, sorry boys.

WANNA.B are a group that only came to my attention recently. On further investigation, I learnt that they debuted in late 2014 with the underwhelming “My Type.” I gleaned little else from searching them online, but all you need to know is that their recent comeback song “Attention” is great.

Like a lot of rookie songs, “Attention” has a not-so-distant retro cheap feel to it that treads a thin line between endearing and excruciating. It works for WANNA.B, mostly because it fills a significantly large After School-sized gap in the current K-pop world. “Attention” offers an assured mix of After School-like sounds from their early career given a hip-hop revamp. The drum lines feel at times militaristic thanks to the “Bang” influenced chants and at other time more cheerleader like coming from the vocal influences of other After School songs like “Ah” and “Diva.” This all comes together really well with the drums leading the song just like fellow rookies’ Oh My Girl’s incredible “Cupid.”

The clear highlight is the joyous chorus. The sparse verse and pre-chorus, which feature only the pounding drums and the odd wobbly synth build to it well, allowing a surprise kick when the group vocals come in. It’s this group vocal which makes it so great. It’s a rare example of not favouring one voice as dominant over the group for a chorus and it works to great effect.

Also on KultScene: 5 Things We Want To See At KCON LA – GOT7 Edition

Some of you may know POTEN by their previous moniker 4ten. They were plastic and fantastic. For July, they decided to change things up though by dropping two members and recruiting three new ones with the new name. Luckily for us, this also corresponded with a big jump in quality.

The first thing that I noticed about “Go Easy” was just how slick it sounds. It sounds like a lot more money was pumped into this comeback. It also doesn’t tread on familiar rookie EDM or dance pop ground, going for a more funky production while still being danceable in a club setting. Guitars twang and strings flow over a simple structure. This gives time to the great new vocals on show for POTEN. This came at a price of having lesser rappers than previously, but it works for this song at least.

Also one of the new members is a Son Dambi look alike, which is always a good thing.

Whenever there’s a breakout success of any kind we can expect copycats of that success to pop up very soon after. This time it’s EXID who have provided the blueprint to D.Holic (I would have loved to been at the meeting where they decided that name) for their first comeback single “Chewy.” That’s them in the iconic photo at the top of this article.

Both the video and song come across as the cheaper versions of EXID’s “Up and Down.” That’s definitely not a bad thing though, as that song was one of the most interesting productions of 2014. Here it’s looser and more volatile. The synths bounce and wiggle, ready to explode at anytime. They even go at laser speeds in the second part of the verse. It lends to an unhinged feeling where “Up and Down” was more assured. Like WANNA.B though, the chorus comes as a surprise and goes in a lighter direction than expected. It’s what saves the song from going off the rails and becoming nothing more than a clone.

Crayon Pop’s little sisters Bob Girls were half resurrected in the recent debutants LoveUs. Their debut “Tickle” is a surprisingly good and sexy slice R’n’B. It’s synth lead, yet doesn’t sound too cheap and flourishes thanks to the good vocals off all the members. That’s what having only four members can get you.

Awesome Baby ‘‘Why Should I?’’

Now we come to that time of the rookie talk where we meet the group with the gimmick. This time it’s Awesome Baby who debuted with a ‘beatpella’ concept which, of course, is a mix of beat boxing and a capella. It’s immediately interesting since it’s a musical gimmick and not just a visual or conceptual one like we are used to. They do not stray too far from the trends, though, as they used this gimmick with a thoroughly 90s sounding track. The 90s are all the rage lately, if you hadn’t noticed.

Vocally, it’s impressive. Each member adds their own distinct reason to be there and harmonically this works so well. The song itself though is derivative. It offers nothing that hasn’t been done by TLC et al before. Not even rapping can distinguish K-pop there.