Few K-pop groups have such a cohesive body of work as the girl group Wonder Girls. The use of time’s relationship with music was a central element through their entire career, as highlighted in songs like “Nobody” and albums like Reboot, in which they proved exactly how they were queens of the concept. Five years later, Reboot still holds up to the testament of time.

Looking back at “Nobody,” the 2008 Wonder Girls single that was the group’s breakthrough and an important mark in the history of K-pop’s relationship with international audiences, the impact of the track was an interesting artistic paradox. The concept for the song and music video was inspired by the 1960s, but bringing up a “concept” was something fairly new in K-pop. Basically, the Wonder Girls used something “old” stylistically to inaugurate something new.

“Nobody” wasn’t the Wonder Girls’ first time tapping into “retro” sounds, as that was the basis for much of the act’s music, but it was definitely their most impactful song at the time it was released, resulting in remakes in Mandarin, Japanese, and English, and it would go on to become the first K-pop song to make waves in the world’s biggest music market chart, U.S. Billboard’s Hot 100 singles chart.

Seven years later, the group would stay true to their retro signature with their third studio album Reboot. But make no mistake: sticking to the old formula by no way meant they’d be in their comfort zone. Reboot introduced Wonder Girls’ final group formation, made of Yubin, Hyelim, Sunmi, and Yeeun as a band, with all members playing instruments after several prior lineup changes.

In terms of sound, Reboot was an album in which they would “go back in time,” — more specifically, to 1980s synthpop and hip-hop — as well as celebrate themselves and their career. And what better way than music nostalgia to celebrate the history of a group who would be known as “retro queens?

To hear the ladies singing “We’re back” over an old school hip-hop beat on the track “Back” was a super cool sonic metaphor: the Wonder Girls were back to going back in time. Indeed, what they did best.

Reboot would be full of these interesting semiotic parallels. The album’s title, as well as songs like “Rewind” and “Gone,” and the general musicality all hint at the past, while, interestingly, bringing the ladies’s most empowered and outspoken version to date. From beginning to end, all tracks would fit perfectly in ‘80s throwback playlists of a wide range of genres that were popular in that decade, be it Miami bass and freestyle (“I Feel You”), electropop (“One Black Night”), hip house (“Oppa”), old school female rap (“Back”), Japanese city pop (“Faded Love”), or Debbie Gibson-ballad style (“Remember”).

Whether you’re familiar or not with the genres and the times the album  evokes, it’s hard to resist the bubbly synths, reverbered drums, and catchy vocals; this is definitely an album to dance to. But Reboot is also worth remembering for bringing powerful affirmations of the members’s autonomy as K-pop idols and creatives.

The very fact that this comeback presented the members as a band was symbolic, as the members co-wrote and co-produced all 12 songs in the album. Commonly, bands are made of musicians who perform authorial works, while in K-pop, authorial work is not really the norm — although it’s definitely less rare nowadays than it used to be. The merit in performing music made by others is its own discussion. But for the Wonder Girls, Reboot was an important album in the sense of giving them a platform to share their perspectives about their place in the K-pop industry. As one of the key names in the history of K-pop, their perspectives are indeed valuable.

You can see the ladies’ presence in the music and in the lyrics, and they sounded like they were really enjoying being themselves and the unique position they were in. But it’s also good to hear them addressing their own perceptions, as well as how they were affected by people’s perceptions of them. For example, in “Back,” Yubin raps about the expectations on their comeback (in a verse she would later repeat in her participation in the reality show Unpretty Rapstar 2), and Hyelim does wordplay on the world “idol,” whose pronunciation both parallels the Korean word for “children,” and also evokes the word  “doll,” to denying being either of those things. For things like that, alone, Reboot would be an interesting album — but, more importantly, it is fun and the music is great.

It would be, sadly, the Wonder Girls’s last studio album — the group would disband one year later. Today, Sunmi is a successful soloist, Yeeun still releases music while also writing for artists like Twice, Yubin has her own record label, to which Hyelim was the first signed artist. To see them currently in such control of their lives is reminiscent of their 5-year-old masterpiece: a record in which they challenged their audience, and, mainly, challenged themselves, just like they continue to do until today. 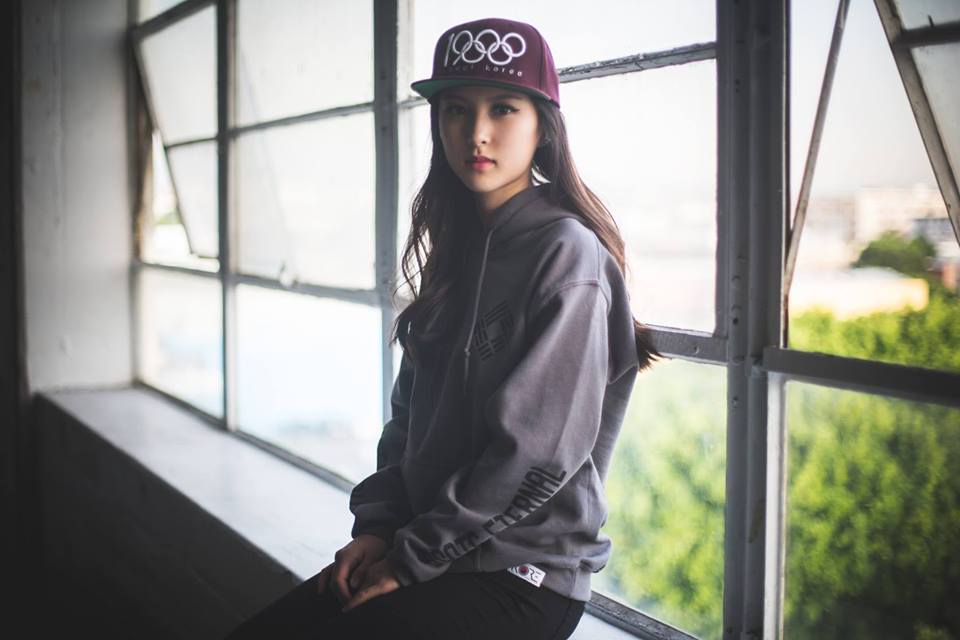 In 2014, a few friends put their heads together and thought up what we now know as KultScene. To celebrate our second anniversary on May 19, we’ve put together a celebratory slew of giveaways to thank our readers for sticking with us. And by slew, we mean seven giveaways; one per day leading up to our anniversary! We launched our first two giveaways earlier this week, so now it’s time for the third. (And if you haven’t heard, we’re giving away a SnackFever box and a copy of BTS’s latest album, so enter now!)

If you’re looking at anything published by us, you are likely a Korean pop culture aficionado. And while it’s not all just about K-pop, this giveaway is. Tonight’s anniversary giveaway is sponsored by KORE Limited! Each of our three lucky winners will win a K-pop related T-shirt, which usually begin at $19.95. 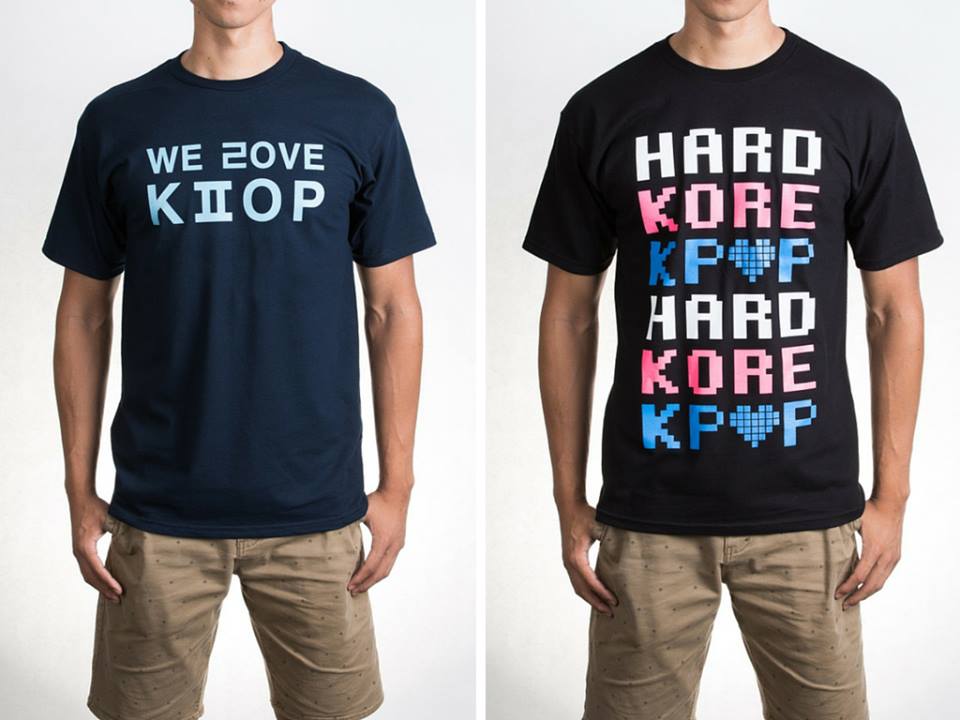 So what are you waiting for? Entering is easy, just follow the plugin below. Because of shipping concerns, this giveaway is only open to readers in the United States and its territories. The winner will be chosen randomly and will be announced on May 18 at midnight EST through our Facebook and Twitter, so make sure to check back. But if you want to go ahead and order other clothes, be sure to check out KORE Limited’s site before the winners are revealed.

You can enter for either one or all three of the t-shirts, so make sure to enter the right one! 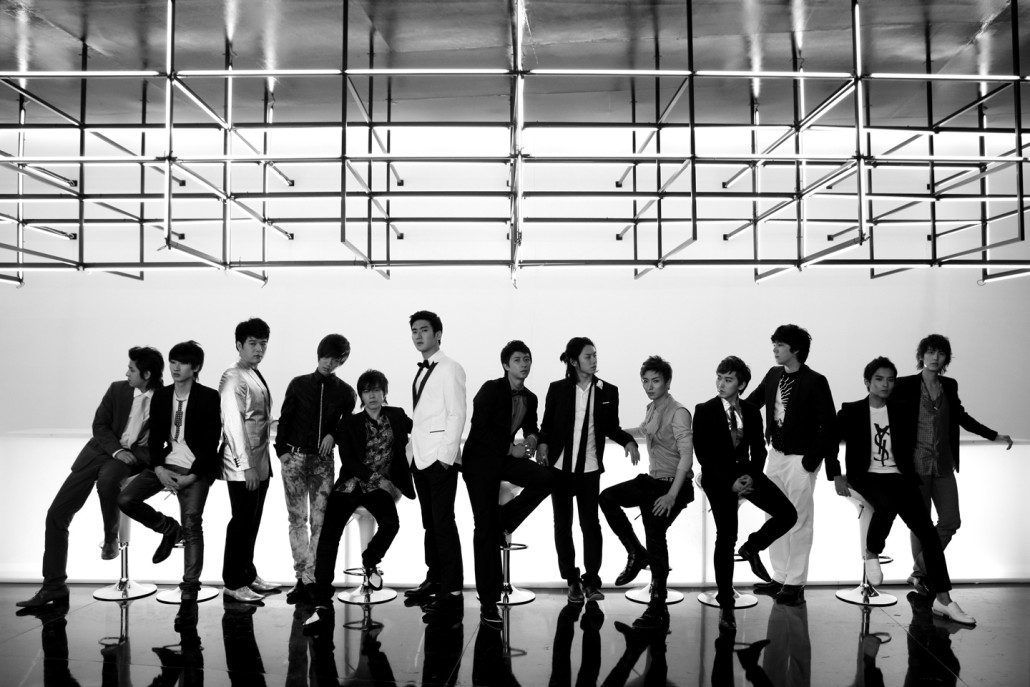 After a special anniversary album (“Devil” and repackaged album (“Magic”) released earlier this year, it’s hard to believe that Super Junior’s anniversary hasn’t arrived yet but today’s the day. November 6, 2015 officially mark Super Junior’s decade in the K-pop music industry. As one of the longest running groups (and the personal favorite of several KultScene staff members,) here is a playlist of some of Super Junior’s best songs to help you celebrate.

Disclaimer: These songs are not listed in any order. If you have a problem with our choices, comment and tell us why.

If “Sorry Sorry” showed off how good Super Junior was at doing the pop-dance tunes, “It’s You” really revealed how good Super Junior is at singing. While still a dance track, “It’s You” is the more heartfelt, more vocally expressive sibling track of “Sorry Sorry.” It was also the last music video that the group filmed with all thirteen members of the core group before Kim Kibum went on hiatus (he left the group formally earlier this year) and a lawsuit that resulted in Hankyung (Han Geng) leaving the group.

Ask just about any long term Super Junior fan what their favorite songs are, and “Why I Like You” is likely to turn up. Something about “Why I Like You” resonates with fans as one of Super Junior’s most underrated songs. It’s from the same time period as “Sorry Sorry” and “It’s You,” and the dance-ballad expresses why a man loves a woman.

Super Junior’s “Midnight Blues” is a sultry song that helps the group show off their more mature side. The song’s R&B sound is just as sexy as the title suggests; in Korean, “Midnight Blues” is called “Dance the dance,” and the dance to match this song is absolutely perfect.

A tender love song with the members singing about their “Bittersweet” love, the song makes the most of Super Junior’s more vocally inclined members, particularly the members of unit group K.R.Y, Kyuhyun, Ryeowook, and Yesung. The lyrics are extremely touching and they are definitely the highlight of the touching song.

Maybe this isn’t Super Junior’s technically most perfect song, but it’s definitely one of their most poignant. The song is an early beauty from Super Junior, and just a beautiful ballad expressing the love of a man towards the woman he wants to marry.

Another intense dance song from the group that finds it’s roots firmly in “Sorry Sorry,”
“A Cha” is a fun, powerful track that will get everyone moving. Every member of Super Junior is given their chance to shine in “A Cha,” as the song keeps Super Junior doing what it does best, a catchy tune with fun dance moves.

One of the songs from Super Junior’s special anniversary album, “Stars Appear” is a beautiful, building ballad. The song is also about Super Junior’s ten years together, comparing Super Junior’s fans, ELF (EverLasting Friends) to stars. “You are my light, like it always has been,” Super Junior sings, celebrating their survival in a whirlwind industry by expressing their love for the fans who have always been there for them.