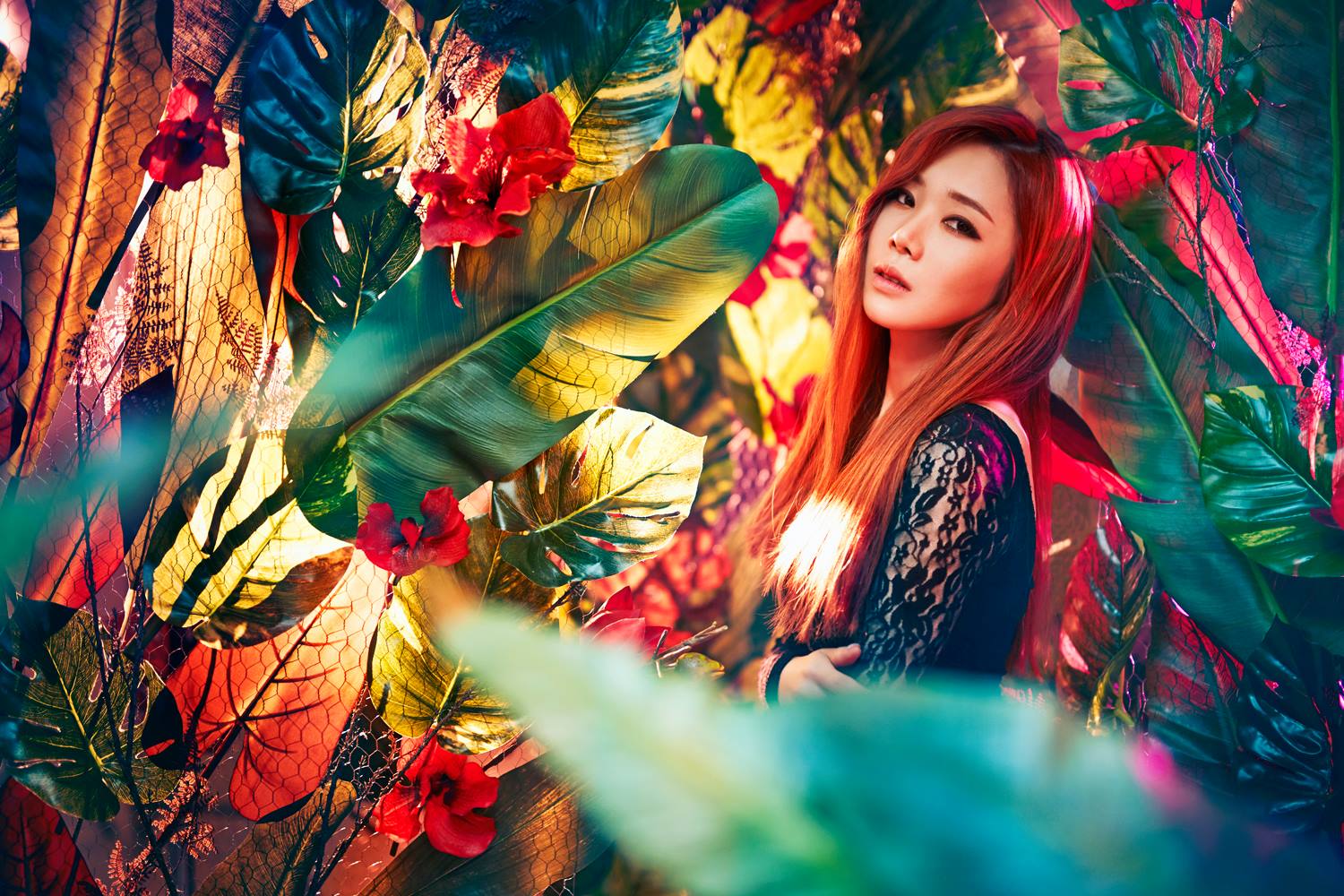 Purfles, the K-pop group with the worst name (and in the world of K-pop that’s really saying something) have comeback for the first time since their debut. That debut in October last year was the vastly underrated banger “1, 2, 3,” and the group as a complete package was just as overlooked. Based on pure talent, only MAMAMOO of the other recent rookie groups can really compete with Purfles. Purfles contains three beautiful women with strong vocals and great dance skills. They executed the sexy concept better than many veteran groups by having an angry edge to the their song and choreography.

Thankfully they are sticking with this concept while still changing things up a bit. Their new single ”A Bad Thing” goes for a more sensual route while retaining a powerful edge.

A Bad Thing is a slow burn. It takes its time, enticing you with its intricate details. It resembles Hyosung’s “Into You” with its sexiness and slinky groove.

The song itself isn’t far from a ballad. While it is not dominant, the piano melody is the most present element of the song. It is quite soft and sweet yet has a feeling of foreboding to it, as if there is always more to come. Luckily there is. We soon encounter a jazz explosion of horns and rolling drums. This slow jazz is the perfect sound to accompany a sensual concept. It’s been done many times before but continues to work every time. Here it is no different.

It sounds like it shouldn’t work for a concept like this but having quieter sounds crash into louder ones really helps sell the theme. The quiet nature of the verses is effortlessly sensual, with the slowness emphasizing the vocals while the choruses are big coming across as an arrival. The verse is the chase, the chorus the act. This all quite standard for a song like this but it wouldn’t work so well without the talented girls of Purfles.

Songs like this hang on the vocals of a group. Contrasting quiet moments with louder ones means having big singers and singers with more restrained, breathy vocals that still have power behind them. With only three members it was imperative that all of Purfles could sing well, given that if one was poor it would be obvious. This is where they shine above most rookie groups. What they do is build songs around main vocalist Woo Young. Her strength is clear from the first word she bellows. Not only is her voice strong but distinct against the two other voices. That’s not to say they’re bad just not as powerful. Eun Yong and Geun Hee’s work in the verse is paramount to this song. Their restraint allows Woo Young to soar.

The song gets its dark edge from the lyrics. It’s about the bad things (naturally) that a man has done to a woman yet she can’t seem to let go. Pretty regular stuff for the most part. But mentions of poison, tears of blood and idleness make for some more dramatic moments.

The video is probably where Purfles were most lacking, as with their debut. It was a standard dancing in a box and other places video. It was pulled off well and the girls looked great so its unfair to be too critical.

“A Bad Thing” is generally more of the same. We see the members melancholically singing their lines and performing their dance. It is however intercut with shots of them fighting with a man like in the lyrics. It adds a little extra interest but is mostly boring. It makes me realise that seeing the girls in videos is more than enough for this type of song. The choreography does look great though. The hand cuff point is really clever and helped by nice props.

With another accomplished song under their belt, it’s about time people started noticing Purfles. They are powerful, sexy and genuinely talented. They deliver songs that groups with many more years behind them could never pull off. Basically if you don’t like Purfles I will do “A Bad Thing” to all of you.

What Can We Expect from BTS’ “Dark & Wild”?
K-Pop Inspired Back to School Trends