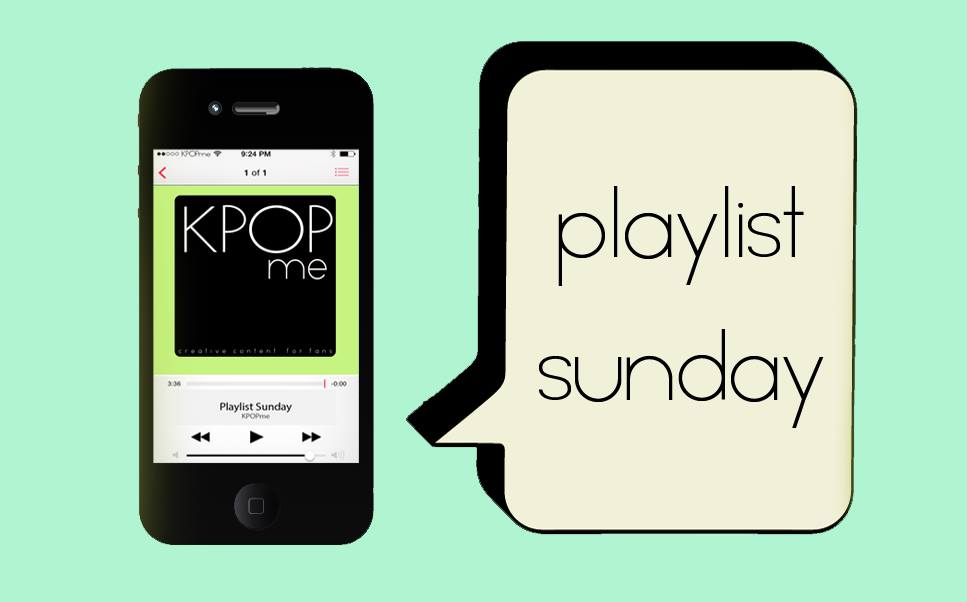 For this week’s K-Pop playlist, we recompiled a group of songs that convey lots of deep and mixed emotions. It explores both positive and negative feelings we all have. Check out our picks:

G-Dragon always surprises us with his music. When he released his second album Coup d’état, the physical edition contained two extra songs, one of them being “Window.” The song was produced by GD himself, Choice37, and Teddy.

“Window” talks about accepting that you have to let go of your loved one. This makes me wonder what happened to GD that made him write this very emotional song… He sings it in a very low tone that really conveys his feelings of sorrow. He really kills me when he sings, “This might be the last time we say goodbye.”

I’ve been listening to the live version of this song because GD’s performance is amazing. It really highlights the sadness of the song.

My pick this week is EXO‘s “Baby Don’t Cry,” one of my favorite songs from the group. As I have a bias towards Luhan, I prefer the EXO-M version of this song. However, both languages sound beautiful.

Ever since I heard a snippet of this during their first showcase, I’ve been frantically trying to find a full version. The piano instrumental sounds just as amazing by itself. All in all, this is a song I listen to on repeat whenever I’m in the mood!

Two years ago when Jo Kwon’s released his solo album I’m Da One  I immediately fell in love with it because the sounds of it were right on trend. While I still enjoy many of the non-released gems like “Wingardium Leviosa” and “Lipstick,” this week’s pick is “Awesome Girl.” It’s a very club friendly track and I can perfectly imagine myself dancing to it with all my awesome friends. You can’t help but move and feel uplifted when you listen to it, you just can’t!

In my fantasy, I picture Jo Kwon in full drag à la Priscilla Queen of the Dessert (the musical he’s gearing up to star in) while performing it. Although this is highly unlikely since the song is about the girl he likes being super cool, that’s what I envision. Can Jo Kwon have another solo album and come to the States, please?

I think that what I love most about the song and the whole album is that you can feel that this is the real Jo Kwon. You know, in Jeffrey Campbell heels performing “Animal” rather than the signature soul wrenching songs by his group 2AM. See if you can share my vision by listening to the track below:

Dynamic Duo’s “Three Dopeboyz” featuring Zion.T, enough said. This song boasts a strong and addictive beat with flawless rapping, as expected from the veterans. Zion.T’s unique voice adds to the awesomeness of this song. Ever since I heard this gem I can’t stop listening to it on repeat. To add to the amazing song is an equally amazing music video.

The music video is a work of art. It is simple in a complicated way. Dynamic Duo doesn’t focus on props or different sets. Instead, they stick with the black background and shots of themselves rapping. The effects are really what makes the video (aside from the rapping of course). The final shot of the music video is my favorite. The silhouettes with the red backlighting as the camera pans out is pure gold.

Speaking about mixed emotions, Dickpunks‘ “Sunglass” is a ridiculous mess of confused emotions. The lyrics speak about wanting to know what someone is like without the dark, smooth facade that they hide behind-the so-called sunglasses.

Ever since I saw Dickpunks live, I’ve loved their sound and the meaning in all of their songs. This song has a goofy music video and doesn’t take itself all too seriously, but the topic matter is a somber one. People try too hard until their very soul is hidden from the world, and now people can only look at them through the dark, shaded sunglasses.

The fact that Dickpunks approach a topic like this and make it into a catchy summer song, getting it stuck in my head while I still think about the subject matter, is simply amazing. And then the silly outfits, toys, and actions of the members? What can make you not love this group and song?

Let’s Talk About: Psy, “Hangover,” & His ‘Craziness’
Scroll to top