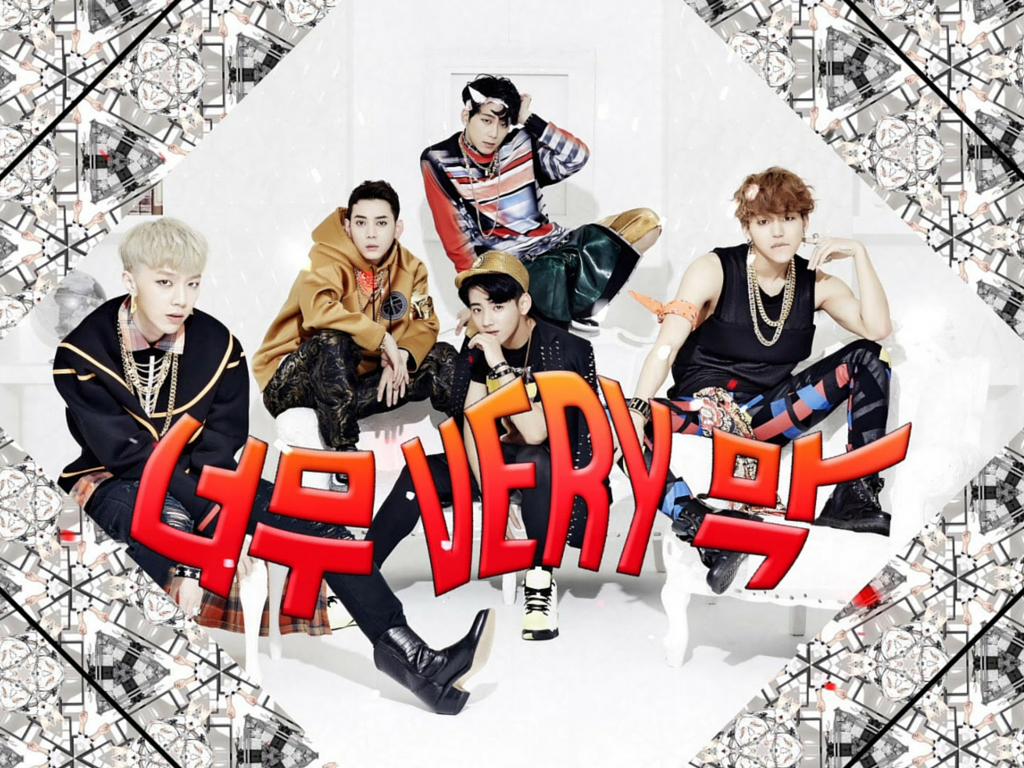 Since debuting in October of 2011, MYNAME has spent a majority of their time promoting in Japan. And after 19 months, they’ve finally released their 2th Korean mini album with the title track Too Very So Much.

The entirety of the music video was filmed inside, on numerous sets. The first set depicted a street scene featuring a very empty street, in which one of the rappers JUNQ is seen walking along until he passes by a beautiful lady, who is played by super model Kim Jin Kyung. Due to passing out from her beauty, the following sets that were used in the music video featured the other members working in different departments of JUNQ’s brain to wake him up from his unconsciousness.

Love and peace, I need you
Fashion and style, you’re perfect to me
I may seem like a crazy person but trust me
My head hurts because of you
Who are you to reject me? I’m a pretty good guy
Now stop shaking me up, my head, head, head

MYNAME sings about love at first sight and being head-over-heels in love with their utmost ideal type. At certain parts in the song, it almost feels obsessive and sounds like a stereotypical love song. But because the members throw in some humor, Too Very So Much strayed in a different direction.

Not only is the song funky and fun, but the video itself is very entertaining. There isn’t a dull moment throughout the entire music video. Starting from the moment when JUNQ laid eyes on Kim Jin Kyung, to when the rest of MYNAME jumped out of that whacky ambulance and tried to resuscitate JUNQ (remind me to never try and seek medical attention from these guys in real life), right down to their groovy choreography, Too Very So Much entertains.

From their amusing hairstyles to the member’s silly make up (JUNQ’s freckles) and their boisterous outfits, everything went hand in hand with their already loud and enjoyable concept.

MYNAME’s past music videos have been very sad, heartbreaking, and, on some occasions, violent, so I was very impressed at how upbeat Too Very So Much is, and how hip hop was such a big influence in this production. It’s been a long awaited 16 months for all the MYgirls out there who have been waiting for the group’s Korean comeback, and I’m sure that this song was a pleasant surprise for all the fans. From beginning to end, you can witness the joy and pure happiness from these boys, even more so in their live performances. They definitely delivered with this comeback and I can’t wait to see what 2015 will bring them!

MYNAME's 'Too Very So Much'