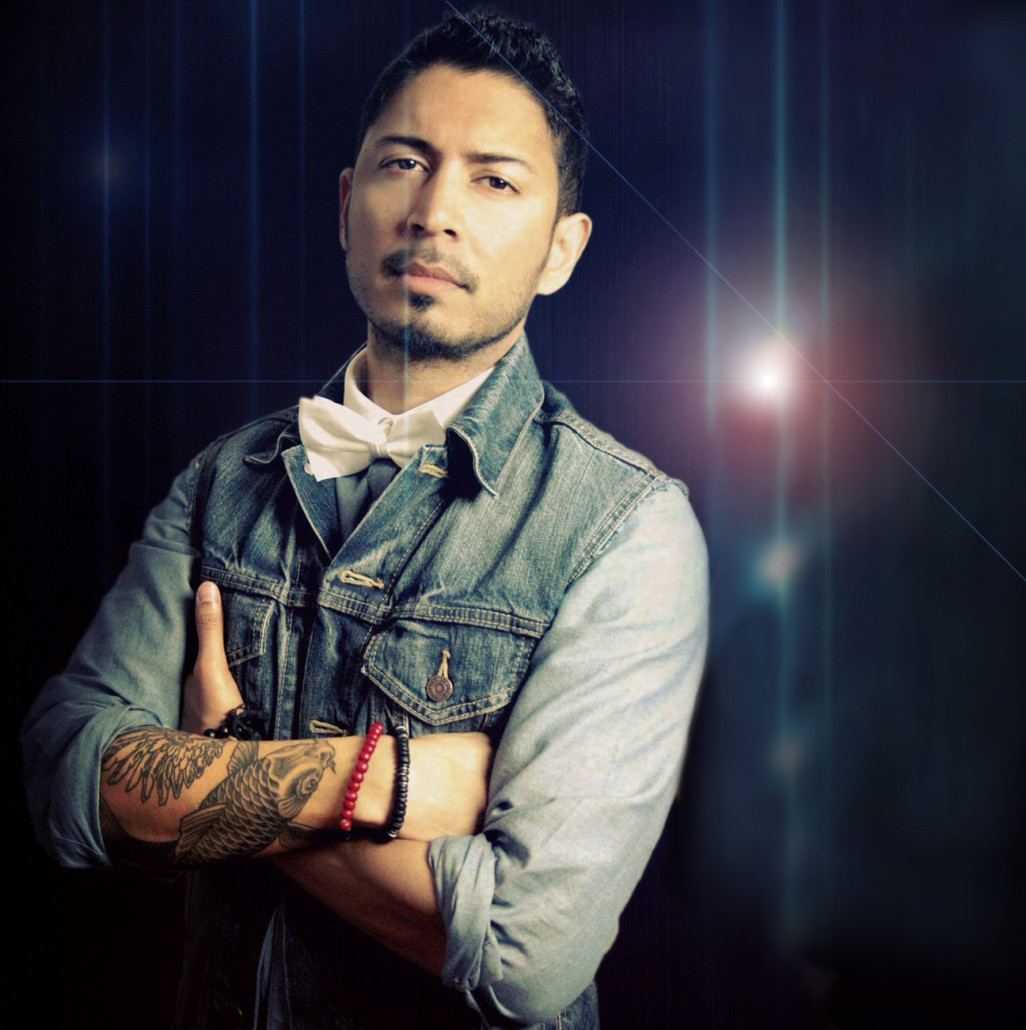 As a DJ, producer, songwriter, and EDM artist, iDR (Denzil Remedios) may not be the most popular name in the music world, let alone South Korea, where his songs consistently top charts. But he is the mastermind behind many of K-pop’s biggest hits, including songs by Super Junior, EXO, Lee Hyori, U-KISS, and more.

iDR began working with SM Entertainment and other Korean labels after joining up with the production company Marcen Entertainment in 2010. His first Korean hit was Super Junior’s “No Other,” and iDR hasn’t looked back since. iDR took the time to talk with KultScene about his career so far and what it’s like working with Korean artists and companies.

“You know, when I first heard K-pop I thought it was kind of random, I didn’t really enjoy it, I didn’t really like it the first time I heard it,” iDr said during our phone call. “But when I made that cut [Super Junior’s “No Other] and after I started going over there to work specifically with those artists and labels, then that’s when I started to appreciate it. I thought that I didn’t like [K-pop], but it wasn’t that. [K-pop] is a lot harder to digest and produce and write, because there’s a lot of variation going on it where in comparison, here it’s like you have the verse, you have the chorus, BOOM, you’re done, then it’s onto the next song type of thing. With K-pop stuff, there’s so much going on that sometimes, like with the last EXO song, I’ll work on that and nothing else.”

Working in South Korea, iDR is just one of many people to partake in the creative process for K-pop stars, with multiple players with their own role in the creation of a single K-pop song. “I go over there and we work first with the top liners, or the writers, as everyone knows them, and they work on top of the beats that I’ve created or the vibe that I’m looking for. That’s usually told to us by the label or the A&R people handling the artists who say ‘this is the direction we want to go with now,’ and while we’re there working either at SM or another label, then usually the artist will come in. We’ll try their vocals out and see if this is their range and go from there.”

Even though he’s one of many, the songs that iDR produces are very much his own, even after being handed over to some of K-pop’s biggest stars. “A lot of people don’t really realize this, but what any of these artists like EXO, SHINee, or Super Junior, what they are cutting to is exactly what I sang for them. So you know, they’re just following my notes, my rhythm. I’m kind of the original, as one of the co-writers.”

While iDR’s spent a lot of time producing for K-pop acts, he’s also worked with the likes of Soulja Boy, Nelly Furtado, Fifi Dobson, and much more. He’s currently collaborating on an upbeat Girls’ Generation song with SAARA, and his latest K-pop latest song is Melody Day’s “Love Me,” which is not remotely related to the EXO song of the similar title. “I didn’t plan that, it just happened; the tracks didn’t get written at the same time,” iDR explained the coincidence.

As the producer, iDR has a lot of say, but not the final call. But that doesn’t bother iDR, since it’s what is uniquely Korean about it that makes K-pop so special. “Looking at K-pop generally, it has the sound that was just there that’s embedded in Korean culture and language, and how they [Koreans] choose to express things in their language as opposed to how someone from America or Europe would phrase the same thing,” he explained, before emphasizing that the linguistic style mixed with foreign producers is one of his favorite things about K-pop, along with the influx of foreigners working in the industry. “I think that the bridge between European, American artists and producers working in the K-pop system is just bringing more interesting sounds. It’s our little monster that I’d like to see where it progresses to because I think it’ll be a never-ending story of how [K-pop] will progress.” 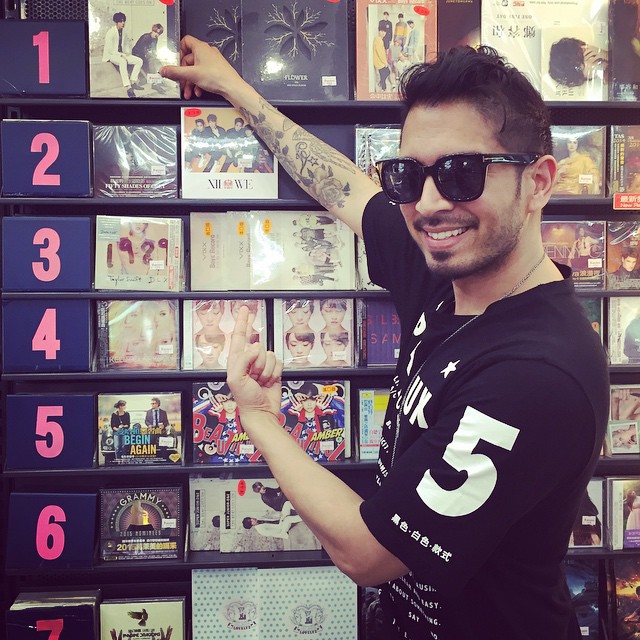 As a foreign producer in Korea, iDR’s experienced a lot. Since working with K-pop for over five years, he’s seen a lot of changes within the Korean music world, including the influx of EDM. Whereas electronic dance music used to hardly play a role in the majority of Korean songs, the past few years have seen a lot of dramatic changes as to what type of musical styles makes up the K-pop genre.

“I’m personally excited that the whole EDM scene out there is doing well,” said iDR. “I’ve had a chance to work with U-KISS and Dongho, one of their former members, is DJing now and that’s definitely EDM. It’s just cool to see the transition happen and see the presence that hit hard out there. It’s nice to see that go into the mix with everything else in K-pop, which I think is essentially what is so special about K-pop. It’s not one thing, and you can turn on quote unquote K-pop and it can be a person singing on a guitar or to be a hard hitting EDM piece and everything in between.”

Have there been difficulties working in Korea? iDR’s flown out to South Korea from his home in Toronto many times, and admits that he didn’t know what to expect originally. But now that he’s a pro at working in Seoul, iDR’s noticed the differences between working with K-pop artists than other artists from around the globe.

“One thing that I have to say is that it is really different than with artists from the rest of the world is that Koreans, well they can have a million followers, people stalking them all over the place, no privacy. They can be super superstars but when they meet you as an individual, it doesn’t matter who they are, they will bow to you. They show such respect, I think, that’s something that I found is really special about them and that’s something to admire. That ‘Hey, I can be on top of my pedestal but I can be knocked off at anytime’ attitude. They really show respect and admiration for writers and anyone they’re working with. They’re really cool with their fans, and that’s one of the biggest differences that I’ve seen. When I’ve been working with them, they’re never coming in with too much pride, or that whole artist vibe of ‘I know more, look at me.’ It’s more like ‘hey, you’re the producer, you’re the writer, let’s team up’ there’s no ego involved.”

And what’s next for iDR and his work? Along with Girls’ Generation’s upcoming music, iDR is working on some stuff for one of the most highly anticipated K-pop acts that has yet to debut. “I got a couple more with different artists at SM, a new rookie group that hasn’t even been named yet, that they all tell me will be as big as EXO, so I’m really excited about that too.”

Make sure to check out the second half of this interview, which will be published later this week. 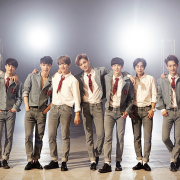