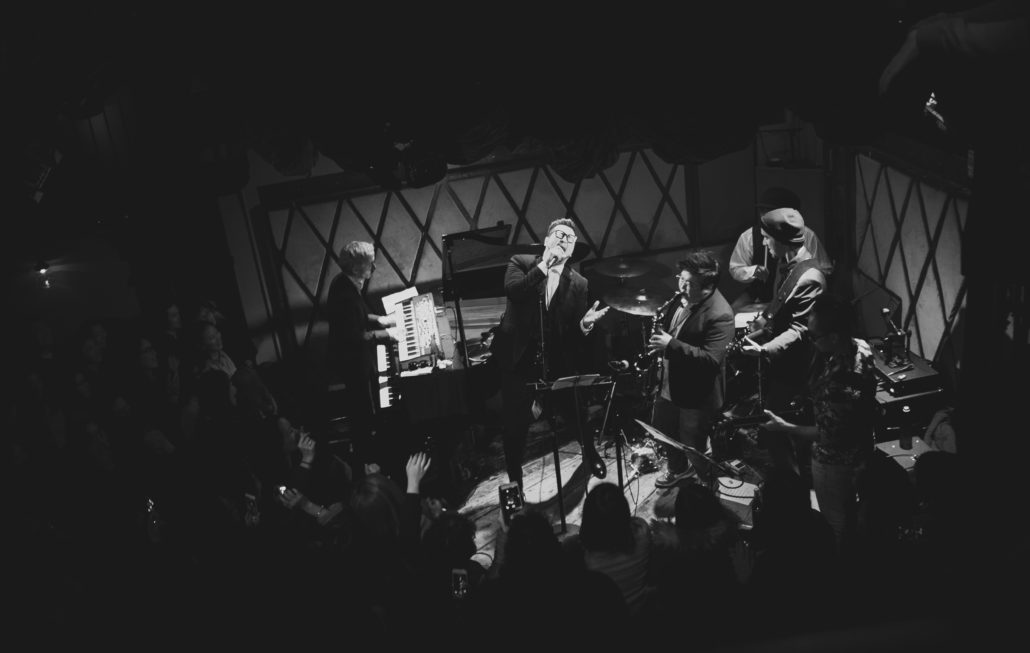 Two years after his last Night of Soul in New York City, Kim Tae Woo returns to the Big Apple and Washington D.C this July. The K-pop star plans an intimate event filled with jazz and musical collaborations that show another side to his musicality. As a member of the legendary K-pop group g.o.d, Kim’s stirring voice has gathered fans from around the world.

Ahead of his upcoming trip, KultScene spoke to the g.o.d singer about his solo career, his desire to perform in more personal settings, and what fans can expect from him in the year to come. (Hint: there’s an album in the works.)

KultScene: You’ve held several performances over here in the past few years, both on your own and with g.o.d. How does it feel to be returning to NYC?

I always have this excitement when it comes to a show in the U.S. NYC shows especially make me want to take on new challenges and stretch myself out. I would love to reach out to wider audience with my music.

You’re collaborating with Super Session on the Night of Soul. What can we expect from the performance?

I am planning to deliver a more mature style of performance. I want to see my fans become really immersed in the show and sing, dance, and have fun throughout the show.

Both this performance and your past show at Rockwood Music Hall [in NYC] have been with other musicians and are more avant-garde than what some may expect from you as a K-pop singer. What motivates you when putting together this sort of show?

My plan is to perform a show focused more on the listening aspects rather than the visual aspects. Eventually, I would like to make K-pop music of the highest quality appeal to the U.S. audience.

You’ve held arena shows and played the Prudential Center in 2014 to celebrate g.o.d’s 15th anniversary. Do you prefer those sort of venues or these smaller, more intimate ones?

The success of arena shows are driven by the audience’s reaction and the overall mood of the night. As soon as we hit the stage we can tell how the night will turn out by the response of the crowd. Comparatively, intimate shows are very detail oriented and we are able to see everyone’s faces and can have direct communication with the audience. This real-time feedback and reaction is what makes the smaller stages special.

Do you put together these sort of jazz improv performances when you’re in Korea? (If not, why do them in NYC?)

I have been adding improvisation elements to all of my shows. Each show is different and I am really enjoying it.

What sort of audience do you hope to get at the show in New York?

I expect to meet music lovers and listeners so that both the audience and the performers can enjoy the show together.

You set up Soulshop Entertainment several years ago. What is it like managing yourself versus being managed?

I am very satisfied with my current path. It enables me to keep challenging myself and try out different projects.

Also on KultScene: Wonder Girls ‘To The Beautiful You’ Song Review
c

October is the 10th anniversary of your first solo album, “Words I’d Want To Say.” Are you planning to celebrate that with any new music before the year’s end?

At the end of 2016, I will be releasing a single album with 5 songs. This project is named “t-with” and will be a collaborative work featuring outstanding artists.

With your solo career, g.o.d, and numerous OST songs under your belt, what do you do to relax? Any drama or music recommendations for KultScene’s readers?

Nowadays, I find watching basketball to be very fun. I would like to recommend [Yoon] Kye Sang-Hyung’s drama, “Last.” I recently watched it and it was really awesome.

Any final words for our readers?

Thank you very much to all my fans and music lovers. Please stay healthy. As I keep pursuing my career as a vocalist and a producer please support my music and the adventures ahead of me. I look forward to meet everyone soon!

Translation via June Rhee. Text has been edited for clarity.

Kim Tae Woo will be performing in Washington DC at the Howard Theater on July 1 and in New York City at Le Poisson Rouge on July 3. Tickets are on sale now and if you use the code “justforu” there’ll be a nice discount!