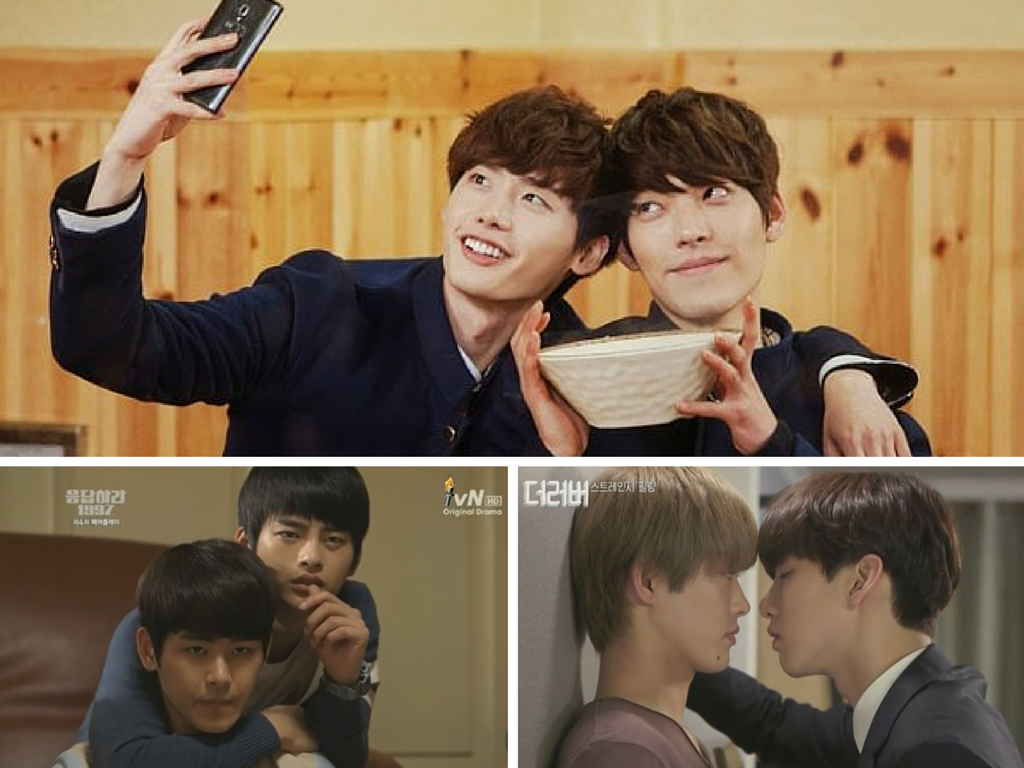 [Disclaimer: This article contains some spoilers.]

In an episode of “Please Come Back Mister,” Lee Ha Nui’s movie star character is talking to her female manager, played by Oh Yeon Seo. The audience knows that Oh Yeon Seo is a temporary reincarnation of a man who died but came back solely to protect Lee. For a minute it seems as if Lee recognizes that the woman is a reincarnation of her beloved friend. But her words of affection are just part of scene she’s rehearsing. The women have obvious chemistry. Lee Ha Nui stops in the middle of rehearsing the romantic scene, saying it’s impossible to get in the mood with a woman. But the audience knows that the other woman is really the man she loved. And they can taste the chemistry.

As illogical as sex-switching reincarnation might seem, it is easier to fit that possibility into a K-drama plot than the idea of two women falling for each other. That scene is one of several ways that K-dramas circumvent the subject of homosexuality. 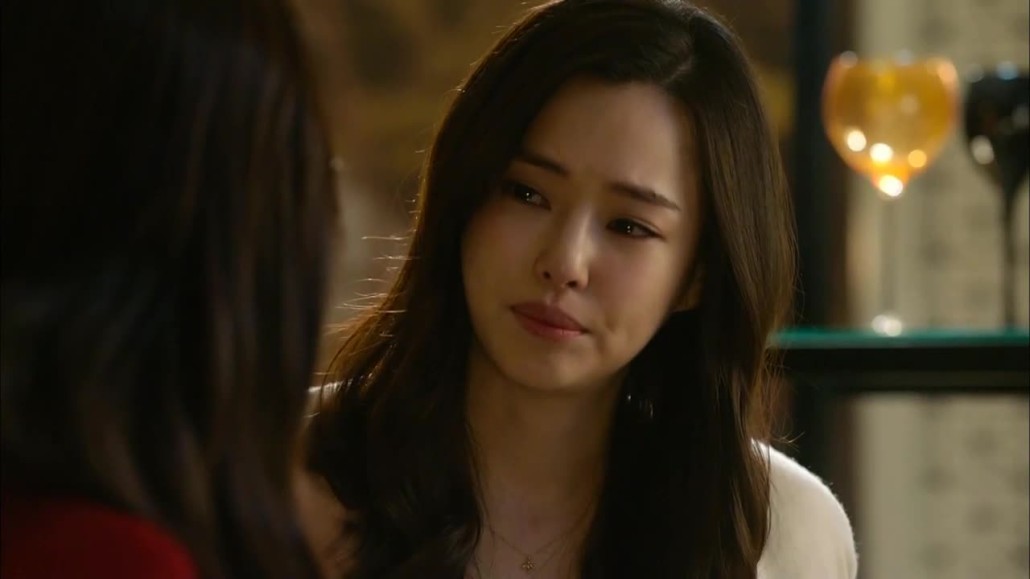 In the U.S., audiences have had decades to warm to openly gay characters. “All in the Family” was probably the first TV program that brought a gay character into the nation’s living room, and the number has dramatically increased since then. Willow and Tara were a couple on “Buffy The Vampire Slayer.” Grace was in unrequited love with her best friend Will on “Will and Grace.” Kurt danced to “Single Ladies” on “Glee” and his dad accepted him for who he was. “Orange is the New Black” has a main character that is bisexual. “Transparent” features a trans woman, making his family to come to terms with it. While these characters initially had some issues coming out, once they did, they served as role models for acceptance.

That’s not to say real LGBT Americans don’t suffer because of who they choose to love. But American television has provided some “out and proud” fictional role models. Media has the power to change minds in the U.S. and Korea.

Coming Out In Korea

K-dramas don’t have openly gay characters. Although the rights of LGBT Koreans are protected by the nation’s constitution, living as an openly gay person or even contemplating marriage may not be easy in Korean society. Even if they can marry elsewhere, gay couples might not feel comfortable telling their families they are a couple.

In a 2015 CNN article, Korean Micky Kim discussed his California marriage to Tony Ruse: “People who I don’t know are congratulating our marriage. But in (South) Korea, no-one even knows my marriage and I couldn’t even tell my family.” His family thinks Ruse is his business partner and Kim pretends to have a girlfriend. His family is not unusual. According to a 2013 Pew Research study, 59 percent of Koreans found homosexuality unacceptable. To put that in context, 60 percent of the U.S. found homosexuality acceptable. Furthermore, a Gallup poll showed only 43 percent of Americans felt that way in 1977.

Coming Back From Coming Out

In the last decade, as national opinion has slowly begun to change, the entertainment industry has become more accepting of other orientations. In 2000, when actor Hong Suk Chan told a TV audience he was gay, he was banished from TV networks. He chose to stay in Korea, even though he could not act on TV. He started a restaurant and eventually owned nine. After a few years he returned to variety shows and dramas. He mostly does cameos or small roles, his most recent cameo being in “The Time We Were Not In Love.” Coincidentally, he also had a role in “Please Come Back Mister” as a flamboyant fashion designer. A stereotypical one at that, but acceptance is a slow process and K-dramas are finding clever ways to encourage it.

Some of the ways K-dramas subtly promote acceptance is through gender swap dramas, bromance scenes, and cases of mistaken identity. Gender swaps might be the most common way to tempt audience into having a gender “what if” moment. In “You’re Beautiful,” Park Shin Hye pretends to be the brother of a member of a top group replacing him. She lives with the three other members of the group in a male-only dorm and it takes some of them a remarkably long time to discover her gender. All three of the other members fall for her, and while two knew she was a girl, one of them, Jeremy (played by Lee Hong Ki) is disturbed to think he is falling for a boy. The fact that he does not recognize that she is a girl is less unbelievable than the idea he might fall for a totally charming, attractive, and musically talented boy.

“Coffee Prince” is a classic gender swap drama in which Yoon Eun Hye pretends to be a boy so she can work in Gong Yoo’s coffee shop. He starts to fall for her and tries to talk himself out of it, only to decide that he loves this person no matter what gender they are. It’s a touching romantic moment, but not quite pivotal enough because he is saved from the repercussions of dating someone of his own sex when he finds out she is a woman. Would the Yoon-Gong same-sex couple have been able to survive the odds? K-dramas need a happy ending.

Bromance Is A Boy’s Best Friend

Bromantic K-dramas get around the topic by either focusing the drama on a very close friendship or giving the first and second male leads plenty of quality time and opportunities for fan service together. 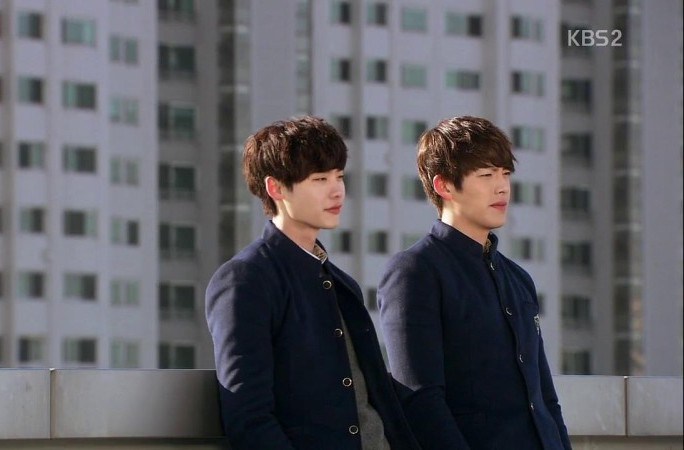 “School 2013” is a classic example as it shows the evolving friendship between Lee Jong Suk and Kim Woo Bin. They hate each other. They love each other. They are best friends. And they had so much chemistry that people assumed they were dating in real life. Lending fuel to the fire was the fact that Lee Jong Suk played a young man who openly confessed to liking Yoon Sang Hyun in “Secret Garden.” Yoon Sang Hyun does not make much of his confession and does not seem to be scared but continues to want to represent him. 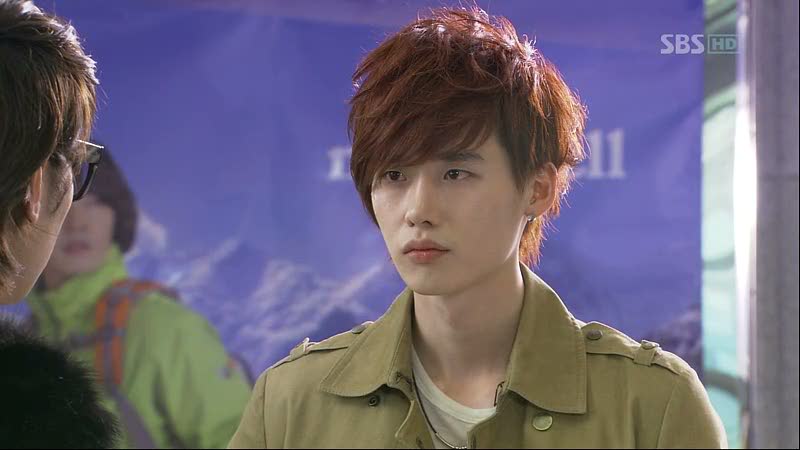 And in 2015, Park Seo Joon and Ji Sung won a Best Couple Award from MBC. Park played an author. Ji Sung played a man with multiple personalities, one of whom was female and had a crush on Park. Ji Sung was not a man attracted to Park. One of his personalities made him do it. Again, highly unlikely but audiences got to see Ji Sung and Park Seo Joon kissing.

Mistaken Identity Could Start Something With The Wrong Someone

“Personal Taste” is one of the few K-dramas that actually has a gay character that openly expresses his attraction. This drama shows a lot of the negative reaction that Koreans might face when coming out. Lee Min Ho is pretending to be gay so he can room in a house owned by Son Ye Jin. But his declarations place him in an awkward situation when a man he’s trying to win a design bid from assumes that they have the potential for a relationship. The news is not well received by his mother. The other man, played by Ryu Seung Ryong, is a very dignified and sympathetic character who discusses the humiliation his preferences have caused in his life. 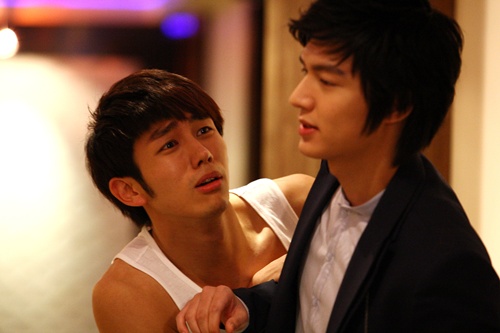 Making a love confession to a man also comes up in the Reply series. In “Reply 1997,” a painful heartfelt confession is treated with respect. In “Ho Gu’s Love,” Im Seul Ong’s character thinks he is in love with Choi Woo Sik, but he’s really in love with Choi’s sister, played by Lee Sung Kyung. He’s mortified at the idea that he might be gay, but when he comes to accept it, he sympathizes with a gay witness he might previously have been cruel to. He realizes that love has no gender. But in the end he too is saved from all the repercussions of being gay in Korean society. His crush turns out to be a woman and she was responsible for the kiss he cannot forget.

More gay characters, or characters who merely think they are gay, will likely help change attitudes. “The Lover” plays homage to Shonen ai manga by featuring the changing relationship between two roommates. Introverted Lee Joon Jae, played by Lee Jae Joon, advertised for a roommate who can’t speak Korean very well so he won’t have to talk to him. His Japanese roommate Takuya, played by Takuya Terada, tried to bring him out of his shell. The show teases the audience with manga cliches, while at the same time giving equal credence to the relationship problems of straight and gay couples.

But for now, descriptions of K-drama gender-confusion tend to be coy and show some similarity to the kind of salacious innuendo found in pre-Hays Code Hollywood films.

There may be a reason for K-dramas moving so slowly and coyly toward acceptance. There may be some psychological value to a character falling in love with a boy, only to discover that everyone will ultimately approve of their union, because she turns out to be a girl. Perhaps K-drama gender-swap and mixed identity scenarios allow audiences to explore the idea of falling in love with someone, regardless of gender, without having to face any of the very real societal consequences down the line. It will be interesting to see how long it takes K-dramas to move past coy and into “out and proud.”