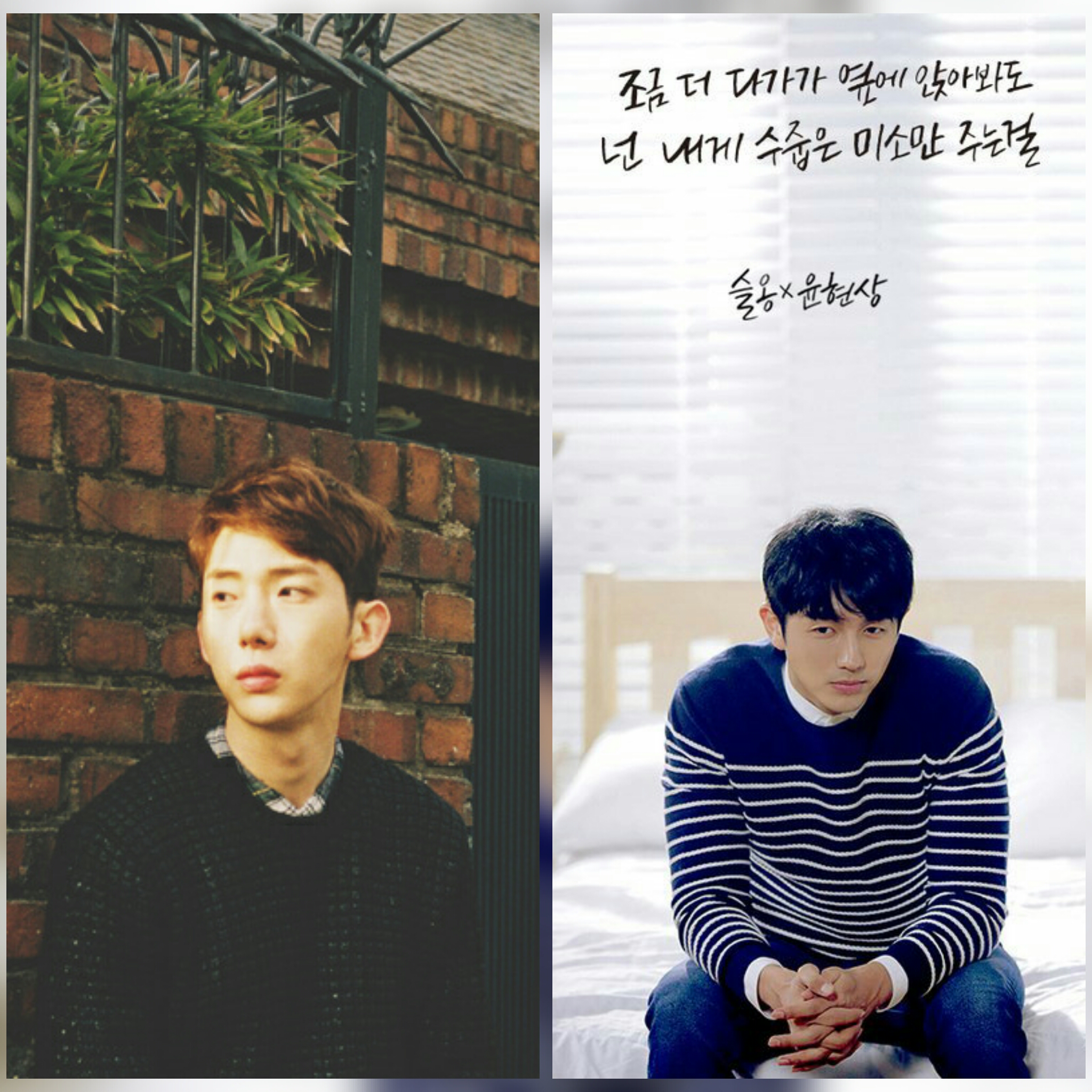 It’s been around six months since the members of 2AM unofficially split up with Seulong and Jinwoon leaving JYP Entertainment and joining other agencies. While there is no word yet whether 2AM will really be disbanded, the members have all been busy with their individual activities. In February alone, members Jo Kwon and Seulong both released new songs which were unique in their style and genre but still shared some characteristics that represent their identity as 2AM members.

Jo Kwon renewed his contract with JYP Entertainment last August, and with his latest solo release “Crosswalk,” this seems like a great decision on his part. Coupled with a gorgeous monochrome music video starring EXO’s Suho, “Crosswalk” is a beautiful ballad that manages to distinguish itself from other songs of the same genre. The music video has a melancholic feel and is reflective, especially as the male lead imagines what could have happened if he had gone back to find his lover instead of leaving her as he had originally done. The split screen isn’t something that is seen often in music videos but it works here in conjunction with the storyline and the lyrics of the song.

Jo Kwon’s skilful high notes are emotive and his voice really adds a layer of depth to the repetitive lyrics of the song. Jo Kwon has always been an outstanding singer as a soloist and in 2AM, but this simple song really allowed him to showcase his vocal prowess. The instrumentals of this song are pretty perfect as well, with a lovely piano introduction and the gradual addition of other string instruments as the song intensified and reached its emotional climax. In comparison to his previous solo efforts like “I’m Da One,” “Crosswalk” might seem a little dull and boring. However, this song also symbolizes a return to his roots as a ballad singer for Jo Kwon. “Crosswalk” is the perfect song to listen to if you want to have a good cry.

Seulong, who switched agencies and entered Sidus HQ, the home of many other Korean celebrities such as Kim Woo Bin, also released a single earlier this month. Unlike Jo Kwon’s release however, his was a collaborative effort with singer-songwriter Yoon Hyun Sang. “On The Way To Love” is an R&B based duet which equally features the vocal and songwriting talents of Yoon Hyun Sang and Seulong, who both had a part in the creation of the song. The relaxed yet romantic feel of the song made it perfect for a Valentine’s Day release, and lyrics such as “Today, I feel like something will happen, I’m with you, You’re the star of today,” really enhanced the beauty of the release.

This collaboration was special because both singers were fans of each other, and this mutual appreciation can be felt through their respect for each other as artists in this release. Both ballad singers have similar high pitched and smooth voices, although Seulong has a higher register and Yoon Hyun Sang has a slightly more emotive voice. They matched and worked together well as can be seen by the melodious harmonies that were created in this song. While there is no official music video that accompanies this song, the two singers released a special band performance video which more than showcases their amazing live vocal ability.

Seulong isn’t new to R&B songs or experimentation, as evidenced by his previous solo releases “7377 ME B43Y” and “Mood Swing,” so it is good to see him further expanding his horizon and collaborating with more artists. This was something that he had been doing throughout his career in 2AM, whether it was working with female artists like IU or with other ballad singers like Shim Hyun Bo or even indie artists like Epitone Project. In this aspect, Seulong has had more experience than fellow 2AM member Jo Kwon, and now that he has left JYP, it seems that Seulong has more opportunities to collaborate with whoever he wants, to put it bluntly. Though it’s bad for 2AM as a group, it cannot be denied that Seulong grows as an artist a lot more when he is on his own as compared to when he is with the rest of the group. The same can be said for Jo Kwon, and for the other members of 2AM, in the various areas that they are expanding in.

Honestly speaking, this is not even a new development. When the group was active the four members were always busy with their individual activities, whether it was producing their solo music or acting in dramas and hosting variety shows. This was the way they ensured their continual self-improvement and perhaps also the reason why their combined work has been of a consistently high quality. It would be a pity if 2AM really disbanded for good, but with the solo work that Jo Kwon and Seulong have put out so far, this will definitely not be the last the K-pop world will be hearing from these talented musicians and singers.