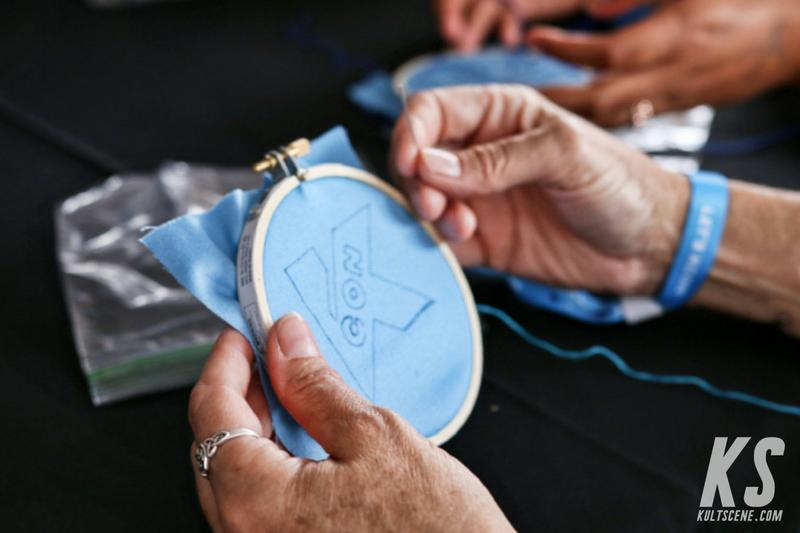 Now on its fourth year, KCON 2018 NY presented by Toyota continued the tradition of bringing Korean music and entertainment to the New York tri-state area. Under the threat of thunderstorms and scorching heat, the two day festival was held on the grounds of The Prudential Center in New Jersey. Like last year, the paid convention was split and fenced off so that a special wristband must be purchased in order to enter; but this year all of the sponsor tents, workshops, panels, and even the outdoor stage was located within the paid boundaries.

Every year, KCON would not be possible without the tremendous support of their sponsorships. For KCON 18 NY, Verizon and McDonald’s once again made a comeback and gave away last minute tickets for the evenings’ M!Countdown concerts through raffles and photo contests. Another KCON regular was Bibigo, the Korean food brand created by CJ Foods. Just outside the convention stage, their tent greeted KCONers with the scent of their (free!) signature dumplings, and invited attendees to spin a prize wheel to win Bibigo-embossed pens and character stickers. The other food-themed booth, Melona, employed similar tactics, with their prize wheel featuring their popular ice pops as a refreshing way to cool off from the summer heat. And for those who were feeling hopeful, one lucky individual could have also left with a pair of limited edition Melona sneakers, the grand prize for their first day’s raffle. But with only a few vendors and sponsor booths available, people flocked to the panels, workshops, and outdoor stage to pass the time. 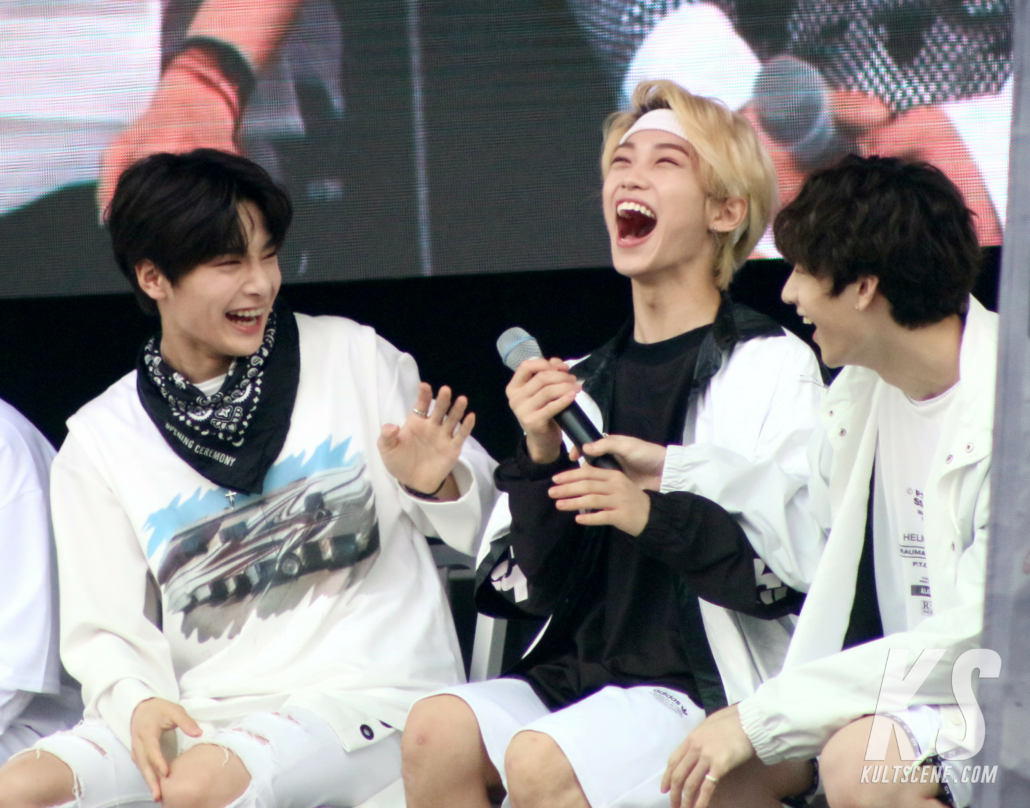 This year, the outdoor convention stage not only hosted a variety of acts but it was also where the Star LIVE Talks were being held. The live talks were basically short interviews with some of the artists that were performing that day and were certainly the highlight of the event that were being held. For the first day Super Junior, Pentagon, Heize, and Stray Kids took the stage. Super Junior talked about their new single “Lo Siento” and how it is to work as entertainer-idols. After answering a series of questions and showing off for a bit, Donghae jumped down to the audience to give out high-fives before leaving with the other members. A bit shy and soft-spoken, Pentagon spoke about producing their own music, and Heize played Jenga while answering questions about herself. Rookie group Stray Kids were elated to be out and about as they introduced themselves and shared their feelings about debuting. 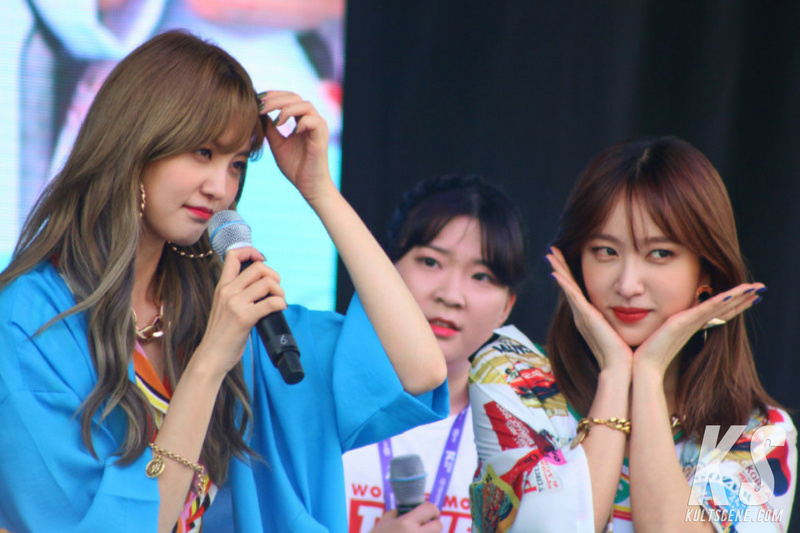 On the second day, girl groups EXID and fromis_9 as well as Golden Child took the stage for their interviews. EXID did their best to respond to all of their questions in simple English to the delight of the fans. Golden Child showed off some moves as well as answered questions about themselves; they also hinted at a possible collaboration with label mates Infinite. The cute girls of fromis_9 were all smiles as they talked about their aspirations and answered their batch of questions. 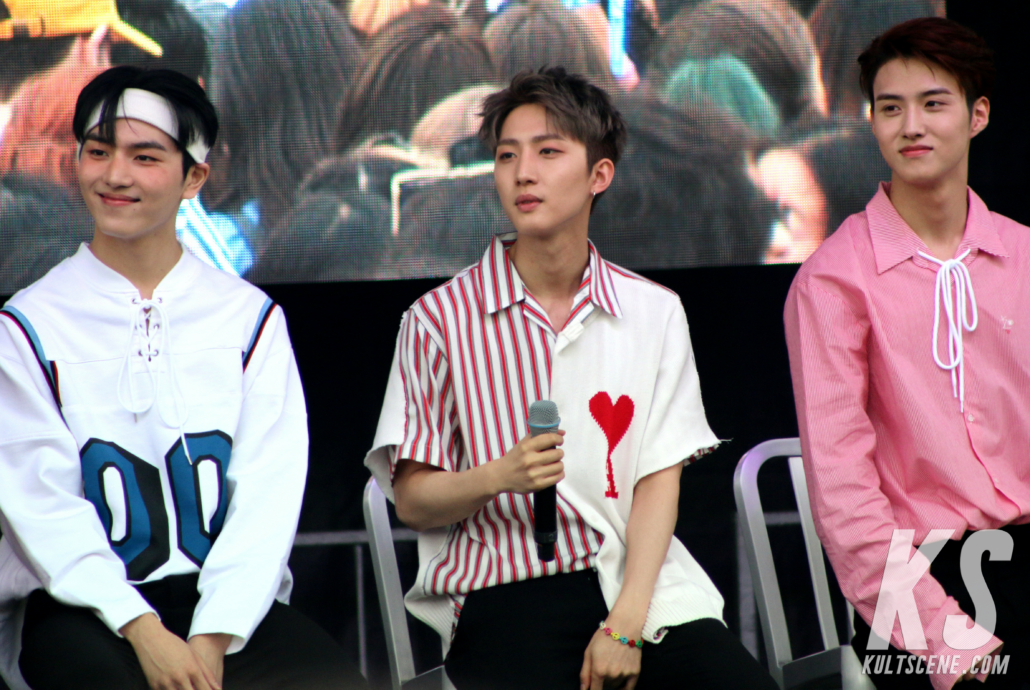 After all of the Star LIVE Talks were over, other performers came out to entertain the convention goers as the day went on. Rapper Heesun Lee of Show Me the Money fame and hip-hop artist Uzuhan turned up the energy with their hard-hitting stages. Alexandra Reid (former member of K-Pop group Rania) also took the stage to perform, and was even joined onstage by former Unpretty Rapstar contestant Grace for a freestyle on “Gretchen Weiners.” There were traditional dance performances and taekwondo routines, as well as a cover dance contest where the winners got to perform during the pre-show to the concert.

The K-Activity section of the convention was where they held all of the panels and workshops. Panels this year were made up of music industry in site from popular producers and label bands, the latest fashion and beauty trends straight from South Korea, and discussions on different communities within the K-pop fandom. There were also a number of meet and greets for popular composers eSNa and YouTubers TerryTV and Eddy, which had fans lining up even after the allotted times. 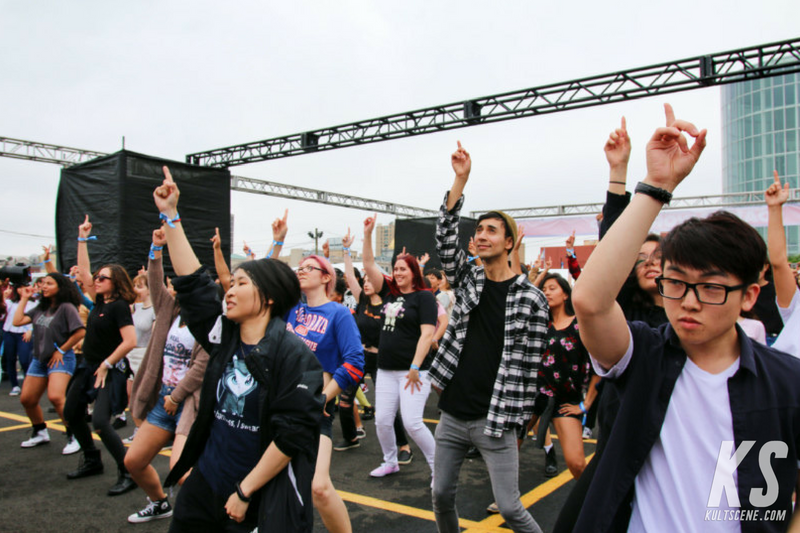 The creative workshops had convention goers making cute bags and patches and yummy treats. But the most popular by far was the dance workshop. Crowds of people gathered to learn the different dances of the artists who were performing at this year’s KCON.

A new feature to the activity section was the Fan Club Meeting tent. This was where fan clubs of a group could meet and chat about their beloved group while playing games and possibly winning some swag.

Like every year, the M!Countdown show was preceded by a red carpet event, where lucky KCON-goers with the vouchers get to see all the night’s performers right before the show looking their best. Each night saw all of the stars, plus a bonus or two, come out and show off their fashionable looks and have some fun. 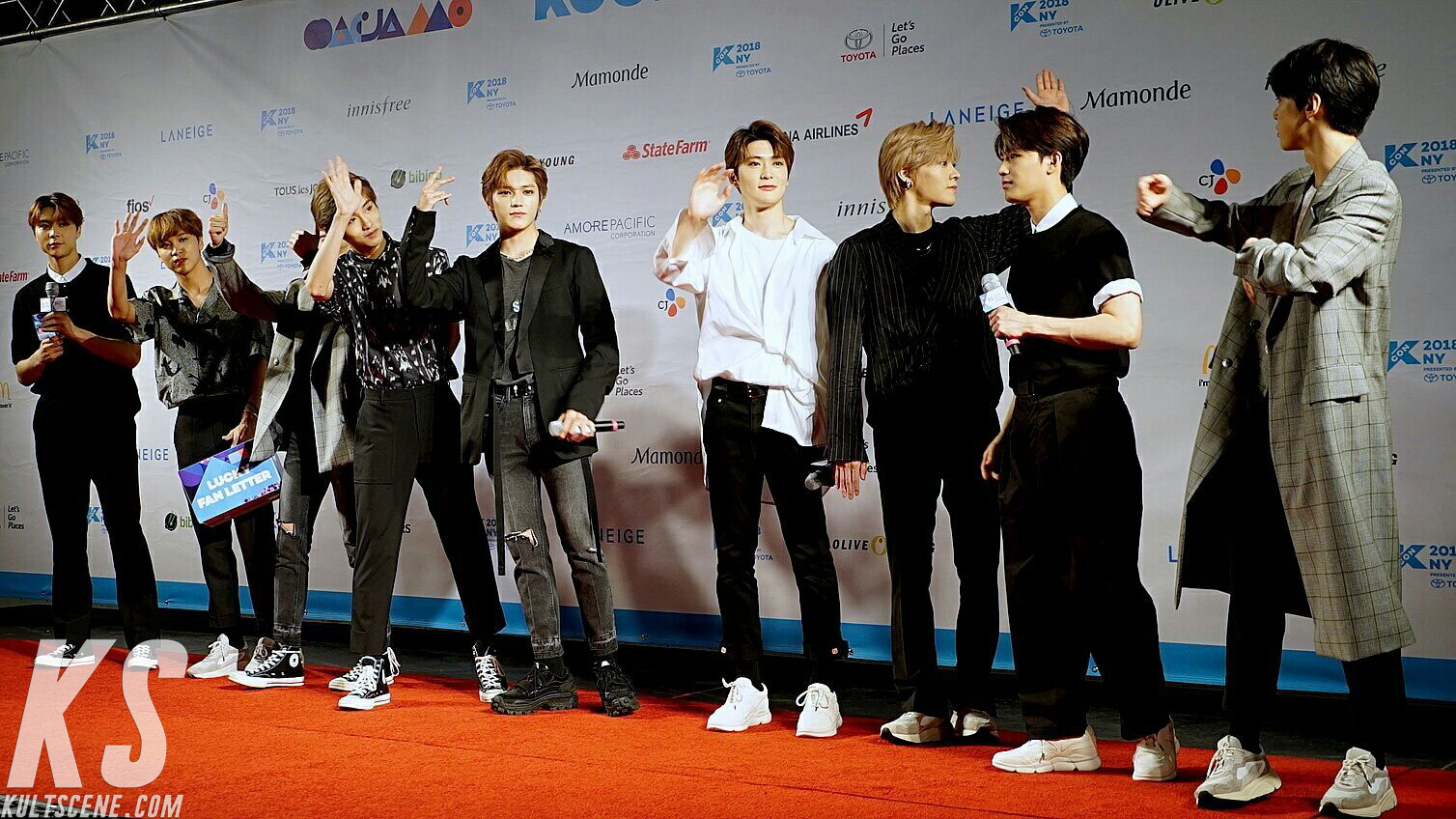 Check out our pics from the event:

Shelley Foo and Katherine Villalon contributed to this article. 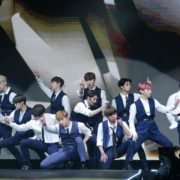 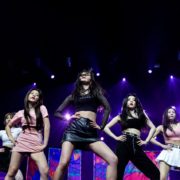 Being a fan of BTS & their youth-oriented music as an adult
Scroll to top
×
Loading Comments...