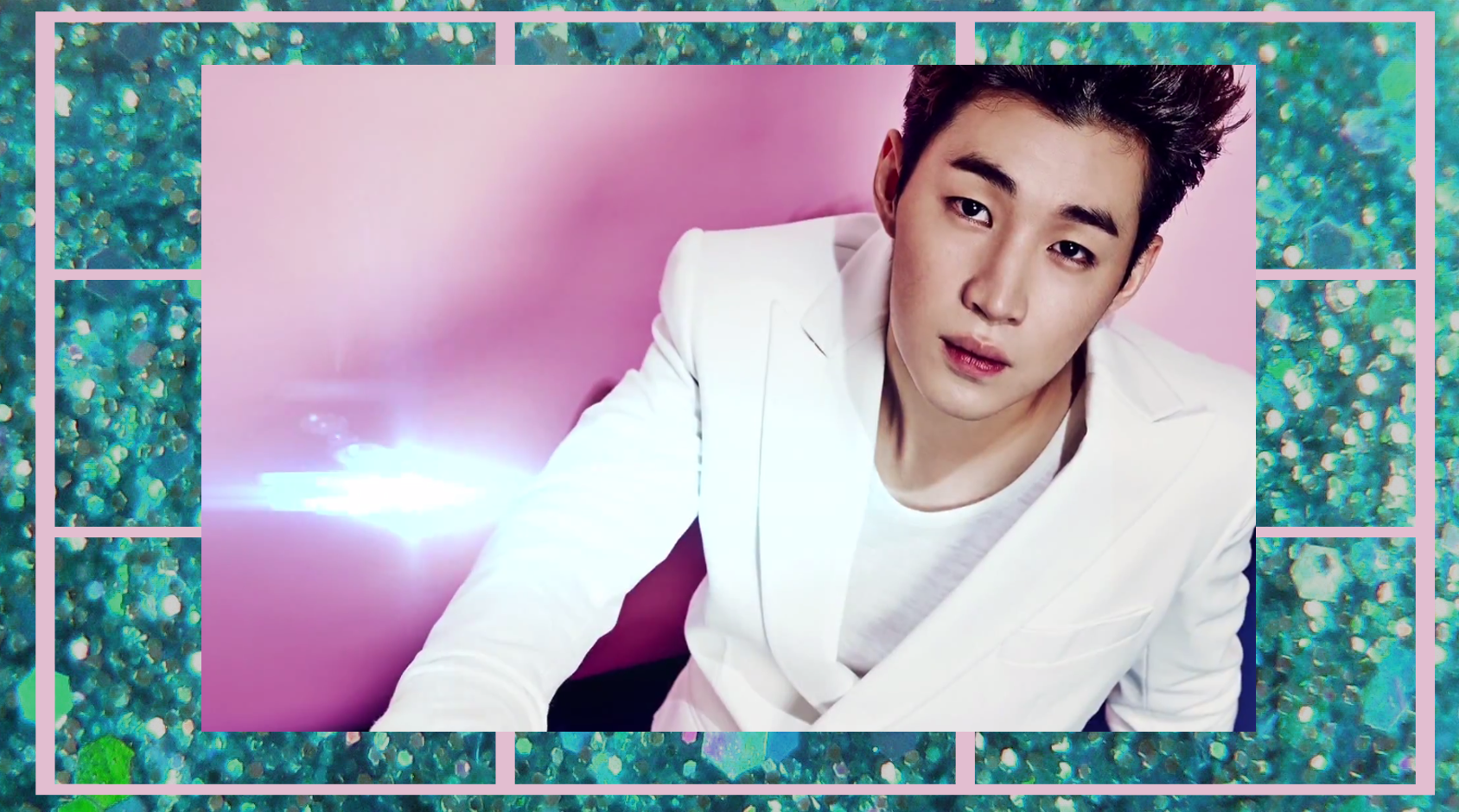 It was quite a surprise when SM Entertainment dropped a teaser for Henry‘s second solo album, Fantastic. With much anticipation, fans looked forward to the Fantastic music video; I personally hoped that it would be as eventful as f(x)‘s Red Light. Was it a fantastic comeback?

To be completely honest, I’m not a fan of the cheesy opening. However, I still managed to stay focused for the actual song and video, which was pretty cool. While the box dancing sequences returned, I have to admit that the violin theme is awesome! I also have to mention that I’m in love with how SM is showing off Henry’s musical talents outside of just singing for each of his solo releases.

The grayscale introduction to the video gives off this mysterious, albeit overplayed, feeling in which you’re not sure what’s going to happen. The fog gives way to color as Henry walks up to an electric violin, and the soundtrack sounds like it’s coming straight from a blockbuster movie. I’m serious. It reminds me of when Superman finally puts on the suit and flies into the sky, which isn’t very different than what actually happens.

You see, Henry takes ahold of his destined instrument and plays this badass intro that really made me think that this music video was going to turn into an action film. There’s a tension that breaks once the beat drops, which transitions quite nicely. Basically, you feel apprehensive, but the familiar tempo of pop brings out new energy that gets you back on track.

Is there really a plot? I’m not really sure. Besides the beginning and random parts in which Henry pursues and holds the mystery girl, there doesn’t seem to be a point in the video. Of course, there’s the “music gives Henry life” metaphor with tubes connecting the violin to his body that piques my interest.

When the tubes disappear into the girl, I’m led into thinking that perhaps his pursuit of the lady in white is actually his attempt at finding his passion and truly accepting it. When he finds her, he holds onto her shoulders, as if he’s getting ready to keep her in his life. Also, I think it’s important to notice how he closes his eyes in both scenes with the violin and his co-star; this goes to show how he puts all his effort and trust into both his abilities and the violin itself. 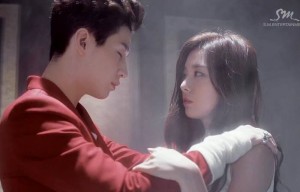 She then reciprocates his actions, so it’s as if she, as the violin, accepts him after he accepts her, further establishing their relationship.

The TV screens? They could be representing his struggle with coming to terms with himself, seeing himself as someone who really can go far with his instrumental talents.

Or I could be totally off, and there really is no story to the video. All I know is that this guy’s dancing inside a violin, and it’s kind of really creative.

Henry sports similar attire from his previous releases, with a contrast between suits and urban, street-style clothing. The color scheme for his outfits depend on which scene he’s in; his dancing sequences focus on black and white, while his scenes with the violin and the metaphoric girl involve him with the primary color of red.

As for makeup? He’s just going for the simple, clean-cut look with (most likely) just light foundation with a slight, dewy finish and groomed brows.

Since he’s pretty well-known for his gliding moonwalk and violin playing combination, I wasn’t surprised to see it in this video.

Accompanied by back-up dancers, he implements a lot of body isolation and smooth transitions in his choreography. Even when the chorus comes in and he starts hitting the moves harder, Henry still retains the fluid control in his dancing.

The majority of the choreography seems to be influenced by popping and locking, which appear to be his specialties.

Much like Red Light, I wasn’t immediately liking this song when I first heard it. I did grow fond of Fantastic as time passed, but I still felt as if there could have been more variety.

Make no mistake about it: I am in LOVE with the violin presence in this song. If Henry had went through with less pop and more power ballad (or even rock), it would have still worked. Not only is the violin instrumentals a great beginning to the song, but it remains a strong force throughout the composition.

It’s not a one-time deal, which I’m extremely grateful for. The violin just adds an extra dash of spicy and epicness that the song would have otherwise missed!

Okay, I really have to confess that I cringed when I heard the opening lines. Really? “Girl, you’re fantastic” is probably fine to many fans, but it’s just so cheesy… Looking past that one fault, let’s examine this translation I got from kpoplyrics:

I was so immature
A child, who didn’t know what love is
I always won in this strange game of love
I was never even serious
I was always too proud

But you make me wanna be a better man
You make me reborn into a real man
You, who called my name
The fantastic you
The reason I chose you
Is because you’re the biggest gift in my life
Because you lift me up high
It’s gonna be fantastic

You make me wanna be a better man
You make me reborn into a real man
You, who called my name
The fantastic you
The reason I chose you
Is because you’re the biggest gift in my life
Because you lift me up high
It’s gonna be fantastic

You move me, you’re special
You make me be able to start everything
I found the answer to a fantastic dream
I hope your end is me as well

You make me wanna be a better man
You make me reborn into a real man
You, who called my name
The fantastic you
The reason I chose you
Is because you’re the biggest gift in my life
Because you lift me up high
It’s gonna be fantastic

I didn’t know this was a love song, but it sounds like it is! The dude is admitting that he was pretty much too vain to even comprehend what love was, thinking that he kept winning the game. When this girl runs into him, he gets hit with the realization that the best thing in the world isn’t him, but her.

Half of the lyrics scream “BALLAD,” but the repetition and finalizing touch of “fantastic” tie everything together to make it fit into a pop song.

I feel like Henry decided to play it safe and go with his usual style of pop, and that’s perfectly fine! He’s good at this genre, so I’m not complaining. Did the genre and lyrics complement one another? They do, to a point, but I do believe that perhaps a ballad may have been just as great.

Henry’s known for his higher-range voice and good vocals, and he definitely showcased them. The ad-libbing hits strong notes, and there are moments of really nice harmony; while I don’t think he necessarily improved tenfold, he certainly has matured since his last comeback.

My opinions regarding this video and song are more balanced than the last review, but I’m still not totally enraptured by this comeback. It’s pretty good, but it’s not the most amazing thing that Henry has done. Nevertheless, here’s my final verdict: