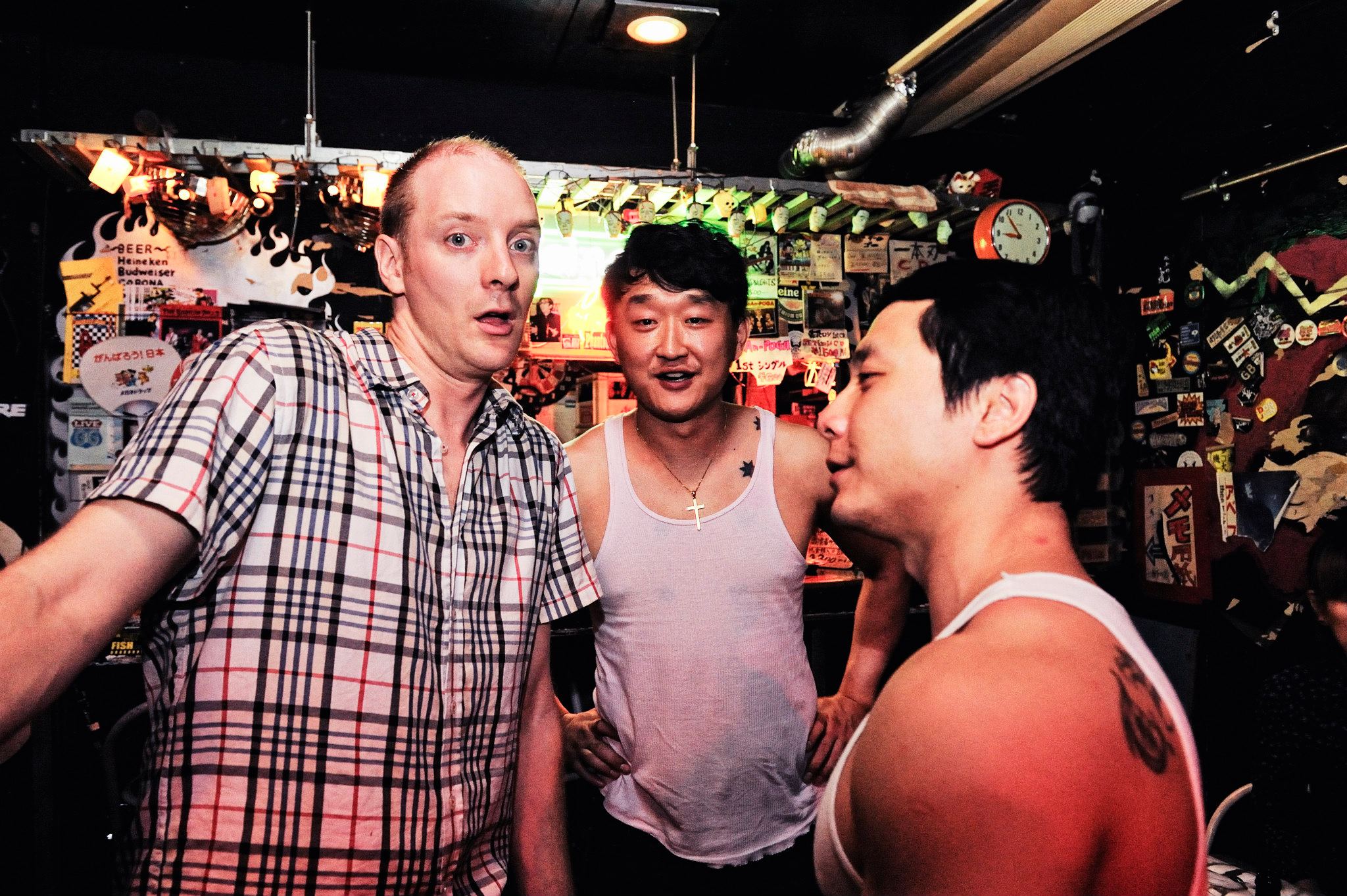 If you don’t know know what you’re listening to but it makes you angry, that may be a GENIUS song. When it comes to the Korean music scene, just about everything is based out of Seoul’s Hongdae neighborhood. And then there are the few random outliers in other cities. GENIUS is the Busan-based punk rock band that is out to be the most insane, headbanging K-rock band out there.

The group released “Lucky Mistake” in June and called it “the Ramones pretending to be the Pixies covering Johnny Cash.” KultScene spoke to GENIUS’ members without any editing, by request of the band so that you can get a glimpse of what GENIUS is truly like.

1. Can you please introduce GENIUS to our KultScene audience? Who are you guys, what makes you tick?

2. You’re from Busan and not a Hongdae-based band like many indie ones. How does that affect your music and career?

Steve C: The inability of people to look beyond Hongdae offers insight into why so much music sounds the same.

3. Can you describe your musical style in three words?

4. What sort of story are you trying to tell with your music? How do you want people to feel?

5. How did you guys get started as a band together? I heard something about online ads. What sort of hardships have you faced as a trio?

Kim Il Du: Destiny, I think. Already we spent 5-7 years. Most important time to me. No hardships; always fun and happy.

6. What are the worst and best thing about being musicians in South Korea?

Steve C: Unlike in the U.S., clubs here have their own setups so the bands don’t need a van full of gear.

Lee Chung Mok: I like not carrying drums around. Sometimes the drums are shitty though.

7. So, what exactly makes you guys geniuses?

Steve C: We don’t know how to suck. This is important. 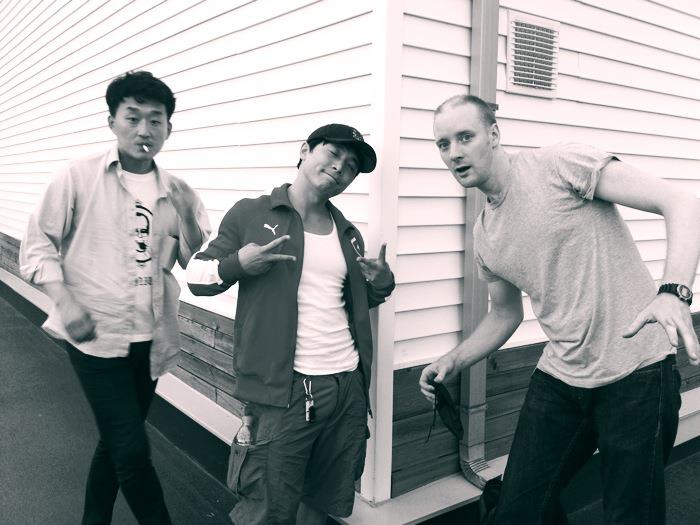 8. Other than GENIUS, what music are you guys listening to lately? What is the worst song you’ve heard this year?

Kim Il Du: These days I love Teletubbies theme song. Very good to me. Nothing worst songs.
Cause I don’t listen bad songs.

Steve C: A recent hit compares relationships to bowling. This bowling ball is special though. It doesn’t roll. It’s “running.” It has legs or something. It’s not even in the lane. It’s “running out again.” It’s confused. It’s looking for the tenor of its metaphor. Is it in that Radiohead song it’s copying? And now the woman is a bowling pin and someone’s taking score. This is an actual hit song.

9. What is the most memorable thing that happened to each of you during your career as GENIUS?

Kim Il Du: I met band members’ families in those brothers’ hometown. It’s so special memories.
I will remember that forever.

Steve C: Honestly, a lot of amazing things have happened. But I can’t remember them because I’m an alcoholic.

Lee Chung Mok: Let me think about it.

10. What are your individual roles in making the music? Who is the most involved in the music process? Is anyone a bit lazy?

Steve C: We all come up with our own stuff and share, like: “Hey. Want to play this? Is this stupid?”

11. How do you feel about K-pop and the Korean music industry as a whole?

Steve C: In the 60’s and 70’s, we fell in love with plastic. It was shiny, synthetic, and futuristic. It transcended the natural world of forms and colors, shockingly green, and psychedelically orange, and, preternaturally malleable, could be molded to look like our dreams. It had no history, unlike wood, brass, or leather. In fact, it strove to diverge from history. It could be mass-produced into infinity. But it was toxic. It ages like shit and clutters the world and shards of it linger, forever.
I really like Gu Hara though.

12. Are there any GENIUS songs you regret making or have played so many times that you’re sick of performing them?

Steve C: Does Wimpy get tired of hamburgers? 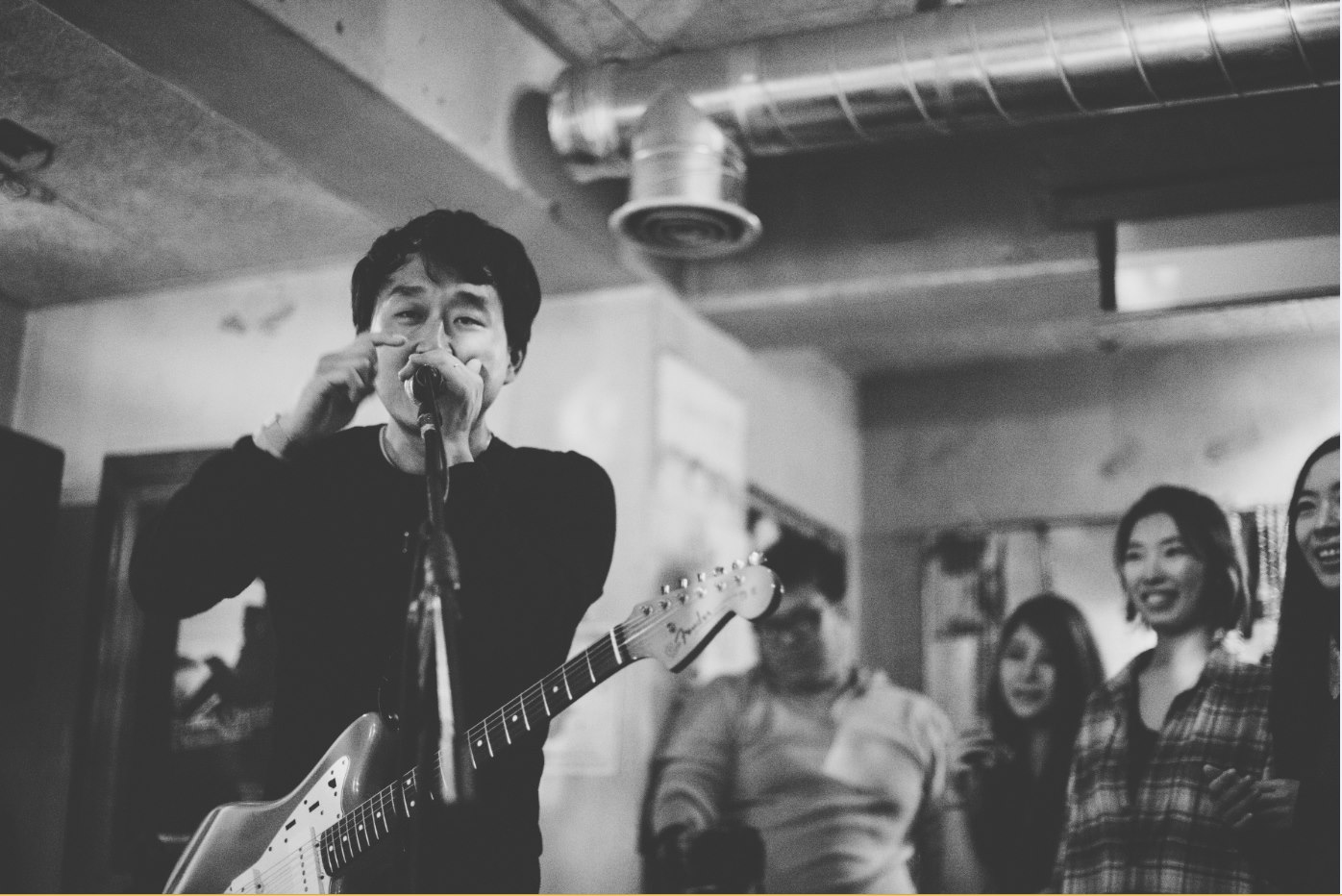 13. If you wanted one of your songs to make it to the top of music charts around the world, which one would you each pick?

14. So, I hear you like the Simpsons character Ralph? Why Ralph?

Kim Il Du: Oh..Long time no heard this name. I don’t like him anymore. I can’t be like him. Cause he is too cool.

Kim Il Du: First be survive, be good with Casey and Steve together, keep playing, make new songs, go somewhere for playing rock ‘n’ roll.
Steve C: Thanks for the chat, KS! We’ll be splitting a release with Chinese band Yourboyfriendsucks through Nasty Wizard Recordings and thinking more about the next album. Look for it.

Listen to all of GENIUS‘ music on their Bandcamp and check out their live performances here: