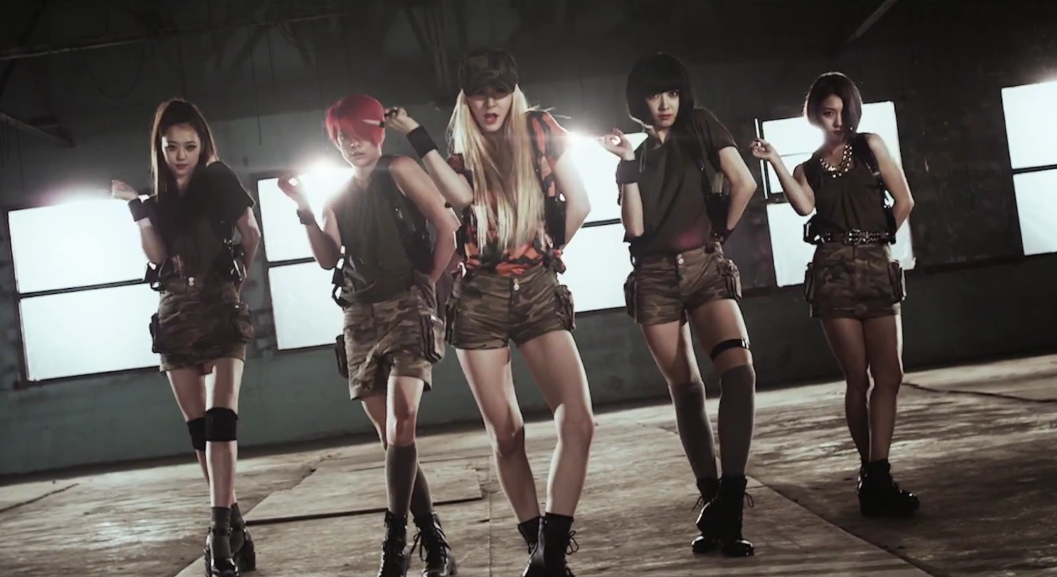 When SM Entertainment dropped a teaser for f(x)‘s comeback, it hinted at a change in the group’s style and image for Red Light. With such captivating stares and haunting makeup, the ladies kept their fans on edge in anticipation for the release of the music video. When it was released, swarms of people rushed over to the YouTube channel. It appeared to follow the same theme and feeling, but… Did it live up to their expectations?

I’m definitely in love with this video for many reasons. For one thing, I’m happy that the entertainment company hasn’t done another “dance in a box” video that has garnered much criticism. For a while, I thought that they were focusing too much on special effects for groups like EXO instead of giving some attention towards f(x). Needless to say, I was pleasantly surprised.

Right from the beginning of the teasers, I was looking forward to a darker, intense, and brooding f(x). The concept of having two faces, but only letting people see one, lends itself to a Dr. Jekyll and Mr. Hyde sort of situation, and I couldn’t wait to see how they would represent it in the music video.

Did I get what I was looking for? Definitely! The ringing telephone, the burning book, and the black cat with heterochromatic eyes pulled me in from the get-go. There was a forbidden, eery feeling in this intro, and it was further emphasized by the powerful contrasts in color.

Red lights are definitely prominent, but it’s impossible to overlook the pops of blue that showcase how people have two different sides to themselves. 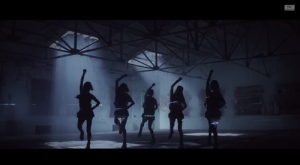 Set in an abandoned warehouse in an urban dysphobia, this gave off a rebellious, “we’re going to create an uprising” atmosphere. The incorporation of marked mannequins watching a broadcast of a commanding presence and explosions also contribute to this atmosphere. They’re in a war setting, but are they also fighting with themselves?

Looking at their outfits, captivating eye makeup, and strong hair colors, you could say that they might just be facing more than one battle. Their camo shorts and ammo-accessorized military-style shirts are a stark contrast from their business attire, symbolizing their struggle with society’s molds.

Their smoky eye makeup only focus on one of a pair, with their hair covering the bare eye at multiple points in the video. Even eye-patches are used, but, given some of the after-war imagery, I’d like to think it represents some of their losses after battle. Think of it this way: both eyes represent the complexity of each person.

The less adorned eye symbolizes their innocence, a state in which they didn’t yet realize that they could fight back. The other eye is shown more often as they begin to retaliate and try to escape from their imprisonment.

Did you also notice how, after leaving, they have less jewelry? This white, peaceful aftermath lends to the idea that they cast away some of the hindering distractions that prevented them from reaching their goal.

Also, I just have to mention that I am in LOVE with their hair: 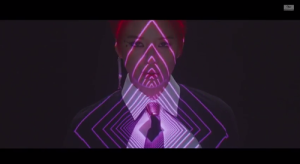 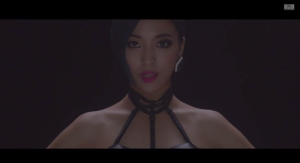 Their fashion and makeup aren’t the only things that play an important role, however.

The marching and strong poses reflect the mitilitarian theme, while the angular, crisp movements during the chorus give a mime stuck in a box sort of image. They aren’t always stuck in the confines of authority, because they incorporate feline paws and “challenging their oppressor” hand gestures while they break out of their prisons. 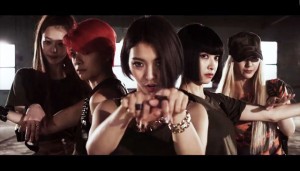 This choreography focuses on the upper body, and mainly the arms and hands, along with connecting the members in one movement at important intervals, especially at the climax of the video.

Do I feel as strongly for the song as I do for the video? To be honest, no. It was mainly because it was very strange, as if SM tried another I Got A Boy, but with f(x) instead. But I’m not one to completely give up on songs after one listen, so I tried over and over again. Is this really electronic house music as SM describes it as? I’m not really feeling it.

Like I said before, this change in tempo was pretty strange for me. I did get used to it after repeatedly listening to the song, so it slowly stopped being weird. Instead of plain old electronic house music, it sounds like this composition combines electronic house with trap and dubstep in a very interesting soup of music.

Does this represent the feelings of someone fighting with an outside force while struggling with two different faces? Actually, it kind of does! It just takes a while to figure it out.

Even before I read kashigasa’s English translation of the lyrics, I knew that there was something very obvious going on between the contrasting cool and warm color scheme, along with the war imagery. The words fit with the video and the overall feeling of the song, so I really do like the following lyrics.

Boy
Your best excuse
Is just filled with doubt to me

It’s taken too long for this miracle to come
But we wait for the blue light, we want it

Stop the flood (This is reality, listen to my voice)
Open your eyes wide (Look at the world in front of you)
The one who’s only been pushed (A bright light pushed you)
Caterpillar
That’s madness

So there’s a mish-mosh of lyrics that can get kind of confusing, but there’s just enough clarity to see that this is a metamorphosis, both physical in fighting back and aiming for the blue light, and emotional, in dealing with their dual personalities. Once you get past the puzzling instrumentals and understand the lyrics, it makes a lot of sense!

There’s been a little bit of a conflict in the f(x) fandom (not very affectionate) in regards to the group not “fitting” with their usual style. Is this different than what they’ve been producing? Of course! But it doesn’t mean that it’s bad. These ladies have already established a standpoint on style, because, as their namesake goes, they’re able to grow and change, adapting any style.

I still do get an f(x) feel from the song in general, mainly because of the bridge, in which they all sing together in this hypnotizing harmony that strikes me as “hey, that’s f(x)!” However, there are other new horizons that they touched upon, and I think that’s pretty gutsy and cool.

Did I enjoy this comeback? It didn’t agree with me at first, but I’m liking this new edge that f(x) is going with! Here’s my final ratings on this matter:

Let’s Discuss: Is JYP Still One Of The Big 3?
Why Hyomin’s ‘Nice Body’ is Offensive to Women

Breaking Down “Burning The Beast”
Scroll to top
×
Loading Comments...