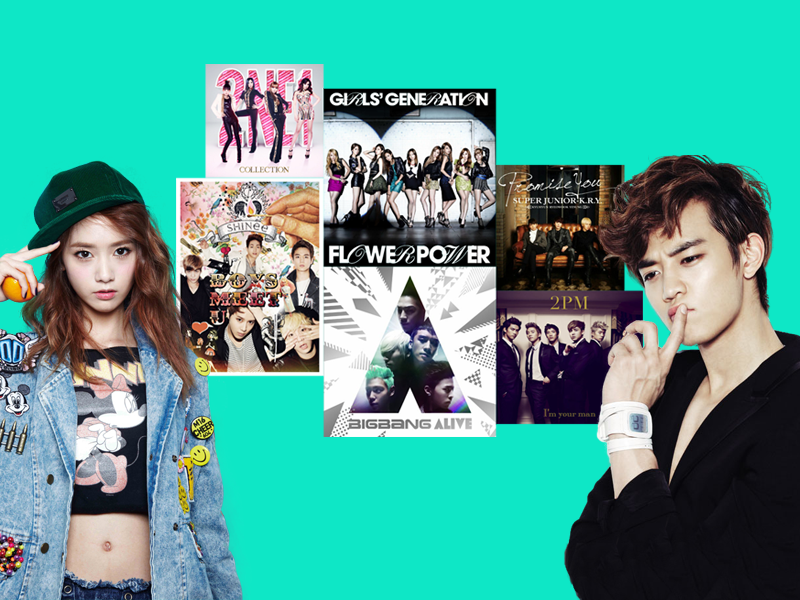 We all already know that K-Pop artists venture into foreign markets, especially Japan. So it is a no-brainer that they love to surprise Japanese fans with original releases. Some songs even make it first to Japan, and years later, they get their Korean version, but other don’t. Let’s take a look at one of our favorite tracks released in Japan by K-Pop artists.

Super Junior’s sub-unit group Super Junior K.R.Y. released Promise You as their first official single in Japan. The song really enhances Kyuhyun, Ryeowook, and Yesung’s vocals. It has amazing melodies from the boys, and the electric drums and orgel sounds really make the song very special.

Known as the beastly idols, 2PM dropped their though image when they released an original song in Japan, I’m Your Man. They showed us a more romantic and manlier side with this song. The track has a very sexy feeling that fits very well with 2PM’s sultry vocals.The video itself has a very sexy vibe (especially when the members are all dressed in suits), and, let’s be honest, who wouldn’t love it if any member of 2PM was telling you that he is your man?

It’s very interesting to see how SHINee’s original releases in Japan are always very different from their Korean releases. Most of their Japanese ones are very cute and bubbly, but when they released Breaking News, it was a closer concept to the ones that they release in Korea. They left that bubbly concept behind and came back to Japan with a tougher version.

The song really showcases everyone’s talent in the band, from Jonghyun and Onew’s amazing vocals, to Minho and Key’s rap. Not to mention the fashion was great in the music video, and the choreography was amazing, which is where Taemin really shines through as a talented dancer.

The ladies of 2NE1 always manage to keep their fierce and badass concept that they are known for. They released Scream as part of their greatest hits compilation album Collection in 2012. The song itself is so fierce that it almost made us forget about their staple song I’m The Best. The electronic beats and hard basses of the song make you want to get up and start dancing. The song was so good that two years later, 2NE1 released the Korean version of the song in their newest album Crush, but the Japanese version reigns supreme.

When BIGBANG released the Japanase version of their hit album Alive, they included an amazing song called Feeling in their tracklist. Not only was it an original song, but it also included a collaboration with german producer Boys Noize. Feeling is a really fun song that really gets you in the mood to go party. BIGBANG really lets loose on this song; you can actually hear how much fun they had when they recorded this song. And as their fellow labelmates 2NE1, they included the Korean version of the song in their repackage album Still Alive.

When Girls’ Generation released their Japanese single Flower Power, they surprised everyone. Not only was the song very catchy, but the tracks’ music was really good. The bass that flows throughout the song enhances the sexy yet innocent vocals that the girls did. The song is perfect for when you are getting ready to go out with your friends. The chorus is extremely catchy, and who can forget the amazing choreography? Why is it that Girls’ Generation always release amazing original songs in Japan? We want more of this from them!

Which one was your favorite Japanese original release by a K-Pop artist? Don’t forget to let us know in the comments. We’d love to hear you thoughts and don’t forget to follow us on Facebook, Twitter, Instagram, Tumblr, and Bloglovin’ so you can keep up with all our posts.