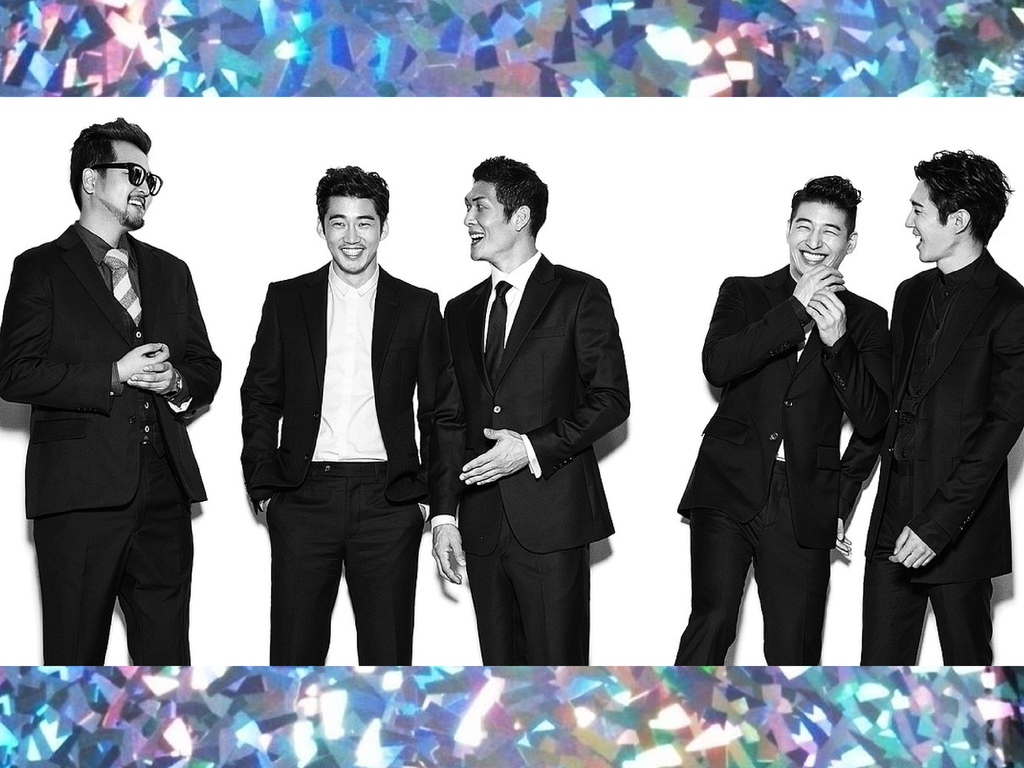 I entered the K-Pop scene in the mid 2000’s, so I missed the whole 90’s birth of K-Pop and, subsequently, groups like H.O.T and G.O.D I even missed the music phenomenon known as DBSK/TVXQ, since they were promoting primarily overseas when I was first exposed to the genre (I know, shame on me).

So how did I spin the wheels of time and return to a ‘90’s group? First of all, the video below helped a lot. In fact it sparked my interest in G.O.D aka Groove Over Dose (my favorite acronym thus far).

After watching this video, I was blown away by how well this guy sung in Korean, but also by how everyone broke into the chorus so easily. I immediately had to look up the song, and after reading the beautiful lyrics, I fell in love with G.O.D.

From that point, I started listening to some of their older songs, which were equally as amazing; both lyrically and music wise. But then I heard that they came out with a comeback album, so I had to listen to that at once. This year marks their 15th anniversary, and Chapter 8 is their 8th album. Wow, daebak!

The album starts with a beautiful instrumental song 5+4+1+5=15. The song feels like it belongs in a Disney movie soundtrack, and I love that! Of course the numbers in the song title peeked my interest, and I was sure it had a meaning behind it. At the end of the song, they deliver some lines that explains its meaning. They began as five, down to four when one group member left, then were all left as one and now they are back to five again, and of course all these numbers together equal 15 which marks their anniversary (were they waiting to do this? ^.^)

The second song once again sounds like it belongs in a Disney movie as it begins (maybe it’s the orchestra). However, it then turns into a sultry R&B song. An Ordinary Day was a song they had debuted in their 6th album, where they promoted as four. But in this version (deemed the original version), all five members partake in it. When I first read the lyrics, I thought it was a song about a guy forgetting a girl after she broke up with him. As I kept on reading, I think it’s actually a guy talking about a girl who had passed away, and he’s starting to forget her. He apologizes for this because he didn’t want it to happen, but “what can he do?” All in all, a very beautiful and heart wrenching song.

When Sky Blue Promise came on, I had a big smile on my face. Why? Because it had the same beat as the song that brought me to them in the first place, One Candle. Even though I was just introduced to the latter, I could still sense that reminiscent feeling of the song. Throughout the track, the lyrics themselves are looking back at the good old times, but also looking to the present times where they are all grown up. It’s a fresh and uplifting beat.

Saturday Night is just a fun fun fun song. The beat has sort of an old school beat to it, but it makes you want to get up and dance. And if you haven’t watched the music video, I strongly suggest you do. G.O.D become like young drunk hooligans in the video.

Ahjussi’s and Megan Lee is cute conversation between Megan and G.O.D, where they ask her how old she was when they debuted, and she says four. Then they ask if she knows who they are, and she replies that when she rode with her mom’s car, she heard their songs a lot. Megan then sings one of their songs for them (not sure which one), and then hilariously sings BIGBANG’S Lies which leads to a silence in the studio broken by them cursing at her (they’re joking of course).

That fun little conversation is a lead into The Story Of Our Lives featuring Megan Lee. This song makes you feel like breaking into tears. It shows how people are not perfect, make mistakes, and sin day after day. It then showcases it’s beautiful message that we should not hide away our love and instead show it to the close people around us.

The next song Smile sounds like it came out straight out of a coffee shop. Very sweet and melodic and if a guy sang this to me I would never stop smiling.

After that, we come across another fun dance song, Stand Up. In this track, G.O.D wants everyone to get up whether you are a man, a woman, young or old. It’s so energetic it would never fail to make me get up and start dancing.

Sing For Me features IU, and is a cute song that shows that music has no age. It can be enjoyed and performed by anyone by anyone. G.O.D don’t want to been as seniors because they feel like they can sing and rap just like the idols that are popular now.

I Like It is simply gorgeous! It’s a beautiful love song of a guy exclaiming that he wants to spend the rest of his life with his love. The line that gets me is, “even if we don’t get butterflies anymore, I want to spend my life with you.” A lot of people search for that love where they want to still feel butterflies even in old age. But realistically, we become accustomed to those we fall in love with and that fresh new love excitement wears off, as do the butterflies. However, as this song points out, true love is so much more than just that initial butterfly stage. A lot of new pop songs capture that fresh aspect of love and I love that G.O.D brings this song with a more mature look at love.

G’Swag has a bit of a twang to it and an old school groove. G.O.D wants to show us that even though they came from an older decade they still have an impeccable style and swag. This song has the ability to make you feel like you are the coolest cat in the room.

Finally, we end this incredible album with a sad goodbye song, The Lone Duckling. It’s depressing to end such a fun album with such a sad song, but I guess it fits. It’s a ballad about saying goodbye but not being able to let go and feeling alone and empty inside. Sort of like I feel now that this album is over… good thing I can press replay!

Listen to the full album here: