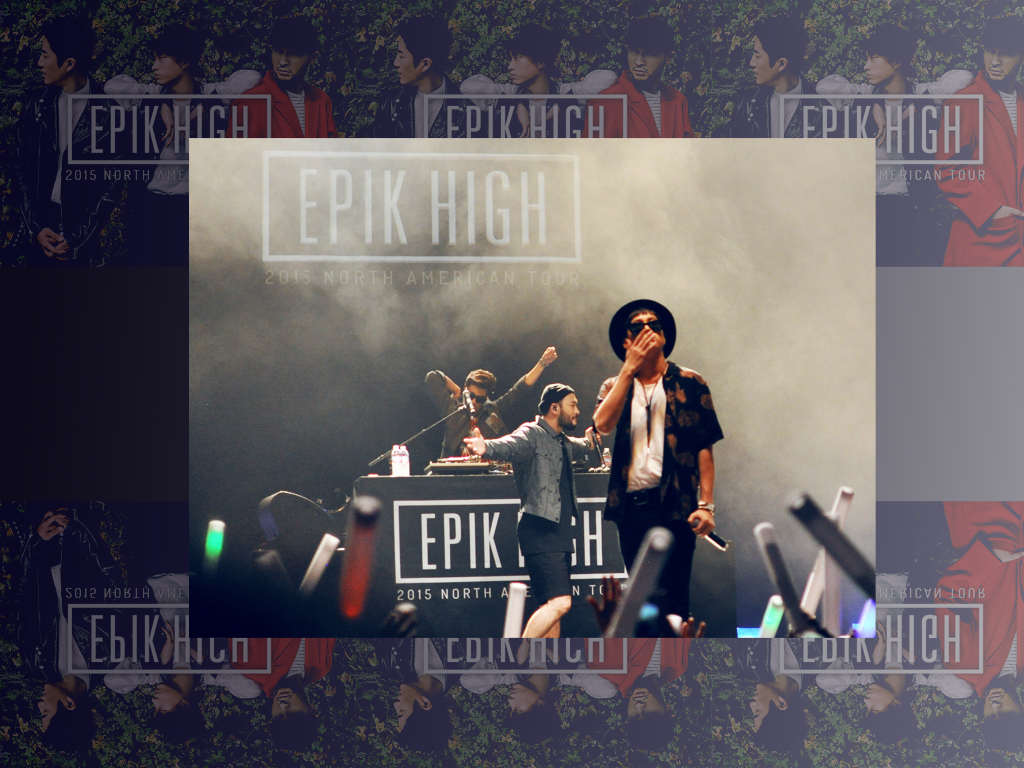 After six long years, the South Korean hip hop trio Epik High finally returned to Los Angeles where they played a sold out show at the legendary venue The Wiltern on May 30th. The second stop of their 2015 North American Tour, the group brought the house down by taking everyone through memory lane with their old hits and bringing it back home with the latest releases.

Since the early hours of the morning, a line going around The Wiltern was formed by fans hoping to secure a spot in the pit in order to see Epik High within a foot. But most importantly, they aimed to be among the first to enter the meet and greet with Epik High’s Tablo, Mithra, and DJ Tukutz. And while Tumblr was flooded after the show by different fans bragging about what they got autographed, it’s the performance that was truly memorable from that night.

While opening acts are odd for K-pop groups but standard for hip hop shows, Epik High had the L.A. rapper Dumbfoundead warm up the audience prior to their performance. But the rapper didn’t just warm up the crowd, he shut it down. The audience was with him since he dropped his first bar, to his latest release “Mellow Yellow” (which is pure fire), all the way to a song he dedicated to his mom and an ode to Koreatown, for which he brought out his friends the jeweler Ben Baller and Danny from 1TYM. 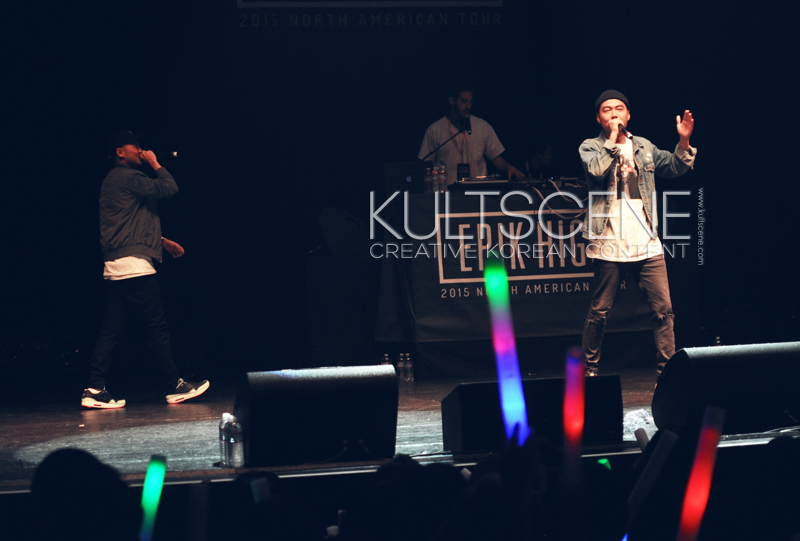 Being the neighborhood he grew up in, Jonathan Park aka Dumbfoundead repped Koreatown hard. Along with his homie Mike D, he talked about growing up and aspiring to one day play The Wiltern and see his name on the marquee, which is located in that neighborhood, and how thanks to Epik High it was possible. The rapper spent a lot of time talking to the audience in both English and Korean, joking that he was earning mad Korean points with his mom for playing that gig and saying he turned his Korean speech of gratitude into a K-drama real quick.

For his last performance, Dumbfounded said he would go all out, and all out he went with “Ganghis Kahn” (no, it’s not a typo). His set was a mere 20 minutes long, but in such short time he managed to hype up the crowd for the headliners.

If the attendees went wild when the lights went out and Dumbfoundead came out, that was nothing compared to the hysteria that ensued once DJ Tukutz came out and introduced Epik High, “What’s up L.A It’s been a long time.” The beat dropped and out came Tablo rearranging the lyrics to “Encore” by singing “L.A. goes on,” which made the crowd erupt in even more cheers and screams.

To the sound of 2Pac’s “California Love,” Tablo made a quick introduction, and then went into performing his verse and chorus of G-Dragon’s “Light It Up.” For the formal introduction, a few more songs in, Tablo stated, “They sent us on a mission to spread the Korean language,” which provoked cheers and laughs from the audience. He also appointed himself the translator, even though he said Tukutz was learning English and made him say something in that language.

But since the energy was way up until this point, vTablo said, “We’re going too fast. Is it okay if we slow it down? We’re going to chill out,” making it the perfect transition into “It’s Cold.” Because these songs have mellow choruses, the audience sang along more fervently for songs like “Umbrella.” But on Mithra’s part, Tablo went up to Tukutz’s DJ booth, cut the beat, and said “You mind if we turn it back up? If it’s okay, make some noise.”

Throughout the show, Epik High had the best transitions into songs ever. They always found a fun way to casually talk their way between songs without it seeming gimmicky or relying on a video. The standout moments of the night included Tablo changing the lyrics of “I’m in Love With the Coco” to “I’m in Love with the Tablo” and the trio spending what felt like 10 minutes listing everything they loved about North America, including In-N-Out, Justin Bieber, and Standford University (where Tablo is an alumni of), of course.

Tablo’s interruption marked the segue into “Burj Khalifa,” with made it apparent that Epik High was more interested in having a good time with the attendees than delivering heartfelt performances. He also took the time to tell the audience “We’re better than ever because of you. We owe it all to you,” before going into “Rich.” 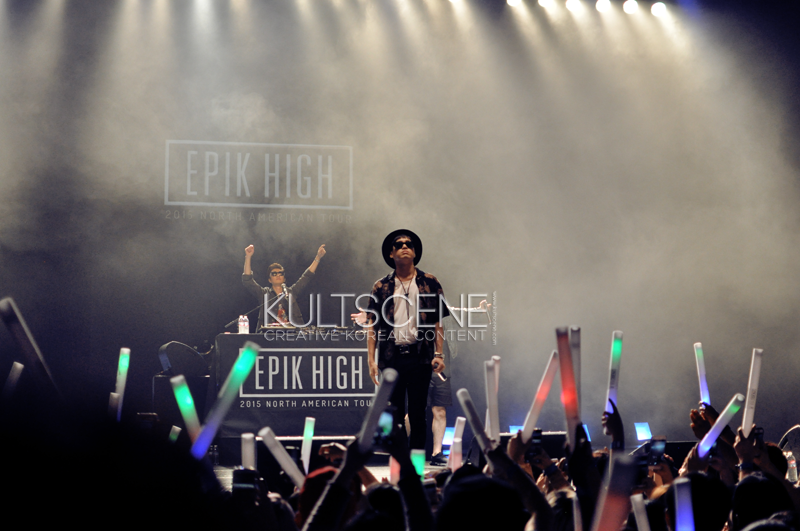 Epik High –or at least Tablo and Tukutz– delivered many comedic moments throughout the show. Maybe as fan service, but most likely because they’re huge derps. Most notably, Tukutz had his very own dance solo, where he replicated BIGBANG’s “Fantastic Baby” moves, some Rain ones, and some of “his own.”

But not everything was laughs, with Tablo talking about it being hard for them being away from home for three weeks with the tour, bringing up how he missed Haru, his daughter. “There’s only one good reason to be away from home, and it’s to be with you guys,” Tablo said before performing “Up,” which the audience fervently sang along to the “oh-oh’s.”

And since Tablo has also released solo material, the other two members left the stage so he could perform “Air Bag,” only to have Tukutz come out with a mic on his hand and pretend he was singing Brown Eyed Soul Naul’s part as he made his way to his booth. At some point in the song, Tablo went up to him, stopped the song, and told him he couldn’t steal the spotlight with such serious song. After a comical exchange, they went right into a rendition of Taeyang’s “Eyes, Nose, Lips,” which more than a few in attendance had a moment with. 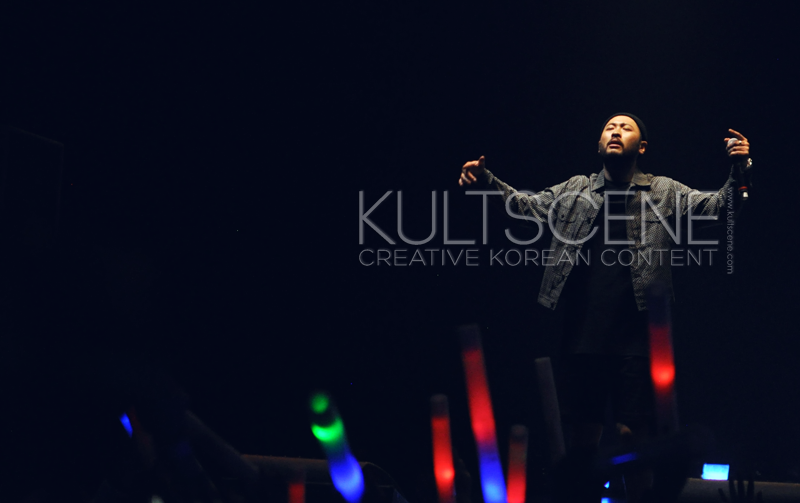 Once the solos ended, Mithra came back out and a late ‘90s techno rave ensued with “Kill This Love,” “High Technology,” and “New Beautiful.” As mentioned before, Epik High went through a sizable amount of their discography and performed songs like “Love, Love, Love,” “Fan,” “Map The Soul,” “Happen Ending,” and many more.

But every concert has an end. They also have that thing where they tell the audience goodbye and then come back for the encore. Epik High is no exception. Their encore songs were “Born Hater,” where they threw autographed Koreatown T-Shirts to the audience and DJ Tukutz lip-synced B.I’s part, and “Don’t Hate Me,” where they let out any steam and derpness left. And, of course, following tradition, the picture with the audience marked the end of the show. Mithra, Tukutz, and Tablo said their goodbyes and disappeared in the darkness of the side stage.

Even if fans had to wait six years since their last L.A. visit, an agency change, military enlistments, and a major scandal, Epik High’s show made it all worth the while. Fans left that night with the best of attitudes and holding onto Tablo’s promise that they would come back soon.

Check out our pictures from the show here: 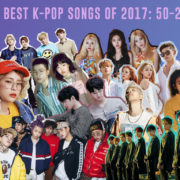 10 Epik High Songs to Get You Ready for Their North American Tour [UPDATED]
5 Reasons You Should Be Excited for Shinhwa’s Appearance at KCON LA [UPDA...