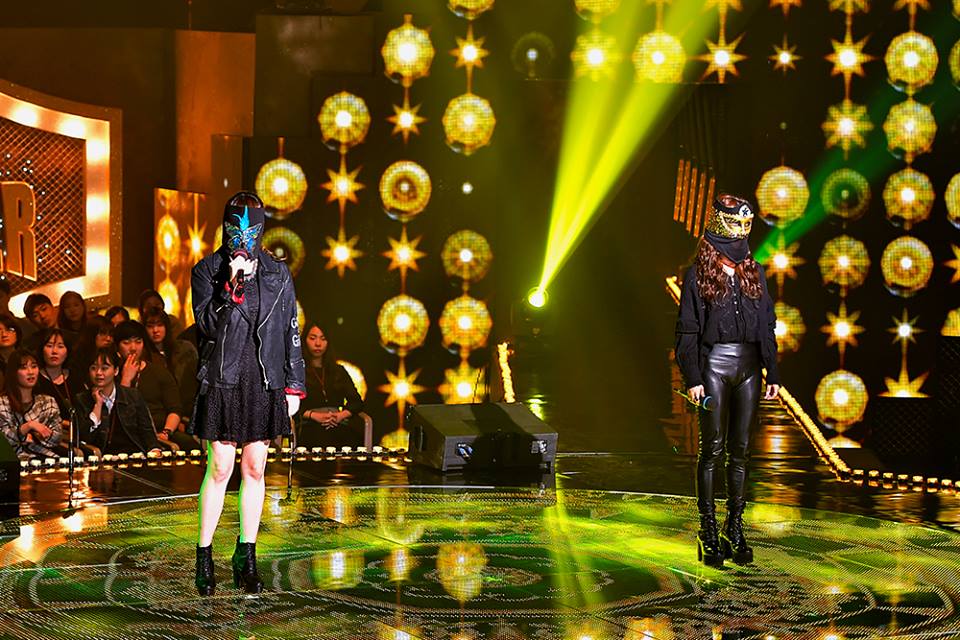 Let’s take some celebrities who people think they know, put masks on them, make them sing, and trick the general public into recognizing and admitting how talented some K-pop singers actually are.

If that’s what the producers of MBC’s Mask King said to themselves, they did a wonderful job in doing just that. Mask King turned South Korea’s attention to top Korean celebrities, and caused a public discussion about who was who. Disbelief and awe came after each episode’s unmasking, along with recognition of the hidden talent.

With the likes of f(x)’s Luna, BTOB’s Sungjae, B1A4’s Sandeul, After School’s former leader and founding member turned soloist and music star Kahi, EXID’s Solji, and other singers who gained fame for being K-pop idols.

The producers of Mask King didn’t pick any mediocre singers. The first (and hopefully not last) season of the show showcased some of the most widely recognized, talented singers in South Korea. The surprise of Mask King was that some idols were able to break out of the K-pop idol box and prove their worth as live singers, singing with only a live band or other competitor as backup.

Many prominent performers appeared on the show but if a singer was recognized by their vocals show (Hong Jin Young, K.Will, Jo Kwon, etc.) then they cannot continue on to the next round. Surprisingly, nobody did this better than one of the most vocally respected members of one of Korea’s most popular idol groups, who has previously been featured in musicals and soundtracks, but the idol title kept her from gaining true recognition as a singer until Mask King came along.

One singer, known as Gold Lacquer (or Use 2 Bucket Gold Lacquer), won multiple rounds of the show, for being both extremely talented and keeping the celebrity guests and audience from recognizing her voice.

The female vocalist continuously wowed the audience, and was given the title “Mask King” twice, before finally revealing that she was f(x)’s member Luna.

Luna debuted in 2009, and Korean and international viewers of the show alike figured out ahead of the reveal that she was likely Gold Lacquer. However, it wasn’t because her vocals were recognized automatically by fans of f(x). Instead, it was mostly because of her distinct nail polish that was visible while Gold Lacquer sang and on Luna’s Instagram; singers began to wear gloves shortly after the pictures were circulated around the Internet.

Answering The Question “Who Are These Singers?” With “Idols Can Sing Too”

Luna alone would be some well-deserved recognition, but an almost accidental side effect resulted from Mask King. Most solo singers and main vocalists of idol groups, like Navi, G.Na, 2AM’s Lee Changmin, FTISLAND’s Lee Hongki, were recognized almost right away. A few solo artists, such as Ivy and Kwon In Ha, were not immediately recognized, but it was the K-pop idols that gained the most attention, shocking people into noticing them.

Due to Mask King f(x)’s Luna, B1A4’s Sandeul, EXID’s Solji, BTOB’s Sungjae, were all given a chance to shine in a way that isn’t typically offered to them. They’re all from popular groups, but aren’t the popular member. Luna is arguably the least popular member of f(x), B1A4’s Jinyoung and Baro are representatives of the group, EXID’s burst to fame was due primarily thanks to member Hani, and BTOB’s recognition in South Korea and abroad has been minimal due to lack of hit songs.

K-pop is seen as a mostly contrived music genre both nationally and internationally, a genre of music that’s technologically advanced. But instead of singers, it’s filled with all around entertainers. But while not all K-pop idols are extremely talented singers, the ones who are shouldn’t be shunned because of the idol title.

The shock on the audience’s face each time an unknown singer revealed their mask to be an idol was visible, as if they were simply were unable to believe that the talent was hidden amongst K-pop. When Luna took off her mask, it was as if everyone in the auditorium was shocked that an idol could be so talented.

Also on KultScene: Not Making The Cut On ‘No.Mercy’ Highlights Weakness Of Idol Survival Shows

Netizen Buzz, a website that translates comments from Korean news articles into English, shared the reactions from the show that featured the unveiling of Luna and Sungjae.

One article from OSEN featured comments with over 9,000 upvotes, showing the popularity of the show. Some of the comments are as follows:

[A comment regarding Sungjae] with over 8,700 upvotes I normally didn’t give idols a chance because of idols so I had no idea that an idol of this level existed. I’ve been so selfish. I thought it’d be Lee Suk Hoon… I feel sorry for being biased against him. If the worst member of a group is this good, how good are the others..?

[A comment regarding Luna with over 3,000 upvotes] SM needs to apologize to Luna. They took a talent like this and made her sing nananana nuabo [f(x)’s Nu’ABO], jeez.

[A comment regarding Sungjae with over 560 upvotes] He’s not even the main vocalist and he’s this good… BtoB’s vocal line must be really talented then.

The magic of Mask King is that it promises the audience good performances and makes the viewers sit through every song, removing all bias against “manufactured” idols. All are equal behind the mask, no matter how pretty they are or how good of a dancer they are. Because of this, it gives K-pop idols who can sing but have been previously pegged as “mere” idol group members who go previously unrecognized (whether because they’re hidden amongst a crowd or simply because of the stigma against idols) a chance to shine.