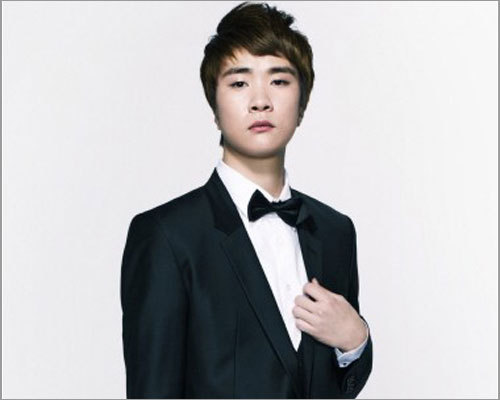 SBS’s “K-pop Star” has had four seasons so far, and each season produces fresh new talent for the ever expanding Kpop industry. The winners of said competition normally achieve commercial success when they make their debut (think Akdong Musician and Bernard Park) but what happens to the rest of the contestants who do not make the final cut? Throughout the show these contestants grow a lot as artists, and they show plenty of promise and talent. Sadly, they normally do not become as popular as the winners, and Yoon Hyun Sang is one such example.

Two years after the competition, he made his debut under Loen Entertainment with his debut album, “Pianoforte”. He also made his comeback earlier this year, but still remains relatively unknown in the industry.

During his audition on “K-pop Star,” Yoon played the piano as he sang and impressed the judges (JYP, Yang Hyun Suk, and BoA) with his soulful compositions. Right from the start Yoon Hyun Sang showed great control of his smooth voice and a lot of potential as both a singer and a composer. He continued to perform impressively throughout the season, eventually finishing in seventh place.

Also on Kultscene: ‘Hello, I Love You’ is [Probably] The First Novel About Romancing A K-pop Star [Interview + Giveaway]

When he debuted in 2014, Yoon Hyun Sang had the privilege to collaborate with labelmate IU for his debut track, “When Would It Be”. IU is known primarily for her outstanding vocals, but she did not outshine Yoon Hyun Sang at all. The way that they flawlessly complemented each other just highlighted his vocal abilities, a rare feat for a rookie artist. The duet was simply breathtaking, and it sent chills all the way down my spine. His soothing voice was sincere and sounded effortless, despite the difficult vocal techniques required for this song. The entire song was very calm, yet every note he sang was nuanced and evoked a lot of emotion in listeners.

It is probably harder for ballad singers to become popular because they don’t dance or rap, but with his most recent release, Yoon Hyun Sang showed that he isn’t your typical ballad singer. He had the courage to experiment with different genres of songs and even pulled them off with much success. In his latest mini album, “Wave”, Yoon showcased a different side of himself through every track. I really appreciate the fact that he had the boldness to try the blues in this album, in a way that still allowed him to stick with his ballad roots. “20 Blues” is the perfect example of such a fusion, and it just made me respect him as an artist even more.

Yoon Hyun Sang is also extremely talented musically. It is rare to see Korean artists composing their own songs, let alone rookie artists writing their own lyrics and doing their own arranging.He showed off his composing skills during his time in “K-pop Star” and in his albums. Even his latest work, “Embrace” (for the OST of SBS drama “Hyde, Jekyll, Me”) also showcases this.

Yoon Hyun Sang understands his voice and knows how to use it as a musical instrument, hence he is able to apply that knowledge to his composing and come up with songs in which his voice can shine the most. He is also able to sing with so much emotion because he is able to relate to the songs and lyrics that he writes, showing his growth and maturity as an artist. His love and passion for music is very evident and it definitely shows in the wonderful pieces he creates.

As a singer, Yoon Hyun Sang is still a very underappreciated artist in the K-pop industry, but hopefully he will have more opportunities in the future to showcase more of his talent and potential. It warms my heart to know that there are passionate musicians like Yoon Hyun Sang, who do music because they love it. I’m definitely looking forward to his next album. In the meantime, check out the touching and emotional music video for his latest title track “Time Forgets”.

4 Amazing Talents To Watch For From ‘K-Pop Star 4’
‘Hello, I Love You’ Is (Probably) The First Novel About Romancing...