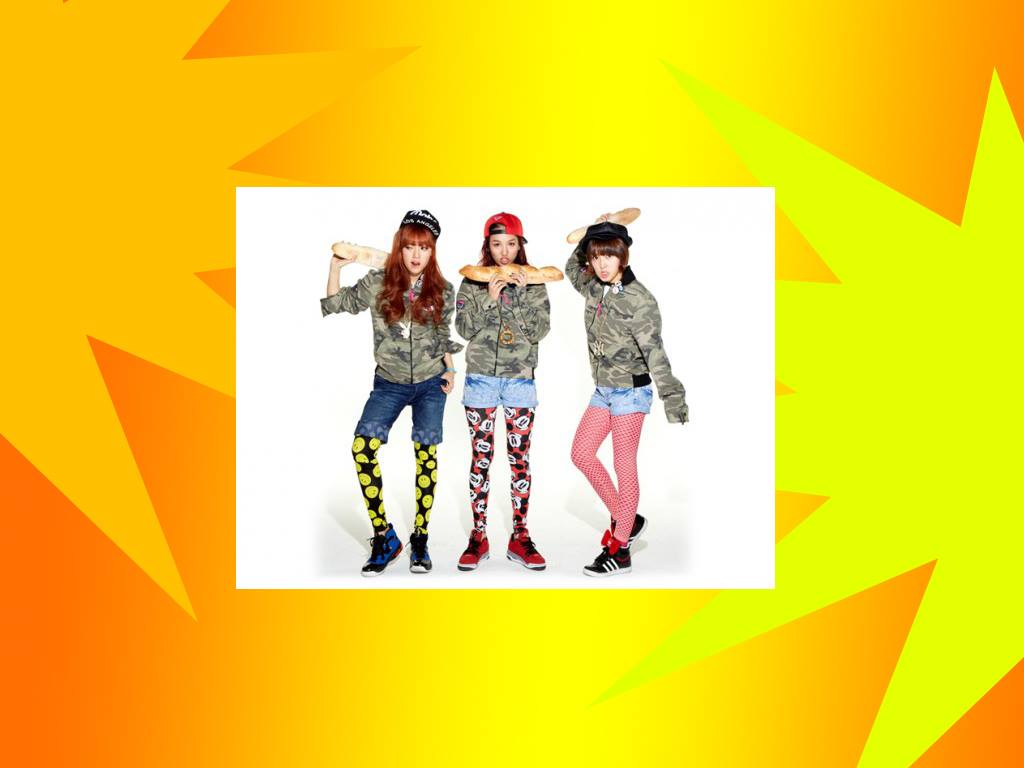 Picture this. You walk the halls and grounds of KCON LA 2015. You see thousands of devoted K-pop fans giving some sort of tribute to their favourite groups. They wear full costumes from music videos, print out full body cutouts of their bias, they perform perfect renditions of their favourite dances. The attention to detail is evidence of the great devotion fans have for their favourite groups. But one man stands out from this obsessive crowd for going above and beyond what can be expected of a fan. This man does not have a detailed costume nor does he dance his bias’ best dance. All he carries is a poster, a bag, and a heavy heart.

The poster is of the mostly unknown three member K-pop girl group Pungdeng-E. The bag contains 500 copies of their album. And his heart is heavy for their lack of success. Here we see the most devoted fan of KCON 2015, a man wandering the grounds alone giving away free CDs of his favourite group that he paid for himself. All because he wants them to succeed.

On to the group in question, Pungdeng-E are primarily a hip-hop group who rap and sing in satoori, which is the general word in Korean for non-Seoul dialects of speech. Satoori is generally used for comedy these days and with Pungdeng-E this is no exception. Their songs and music videos are clearly not trying to be serious, it’s more about having fun and being able to laugh at yourself. Think of them as Crayon Pop’s embarrassing rapping aunties (Crayon Pop are actually older but don’t look or sound it.)

Pungdeng-E debuted in December of 2013 as DOMA Entertainment’s first girl group. Apparently each member uses a different satoori which is a fun gimmick but completely lost on foreign listeners. With their debut single “Al Tang” (al tang is a Korean soup dish) they use this gimmick for the theme of the song as well. It’s about a group of girls from the country who have come to Seoul to party and pick up boys. Immediately the satoori is evident, even to foreign listeners. It emphasizes the comedic tone of the song while also offering commentary on so-called country bumpkins and stuck up Seoul men. Pungdeng-E rap about how great they are and how much they like this guy without a moment’s notice of what the actually thinks. This is interjected by a man’s voice laughing and saying “don’t you guys even look in the mirror?” It’s quite broad humour but works well given the commitment to the joke.

Their next music video was for the cutesy “Cotton Candy,” I’m not actually sure if it was a single or not as information on Pungdeng-E is sparse. When I began watching the video I immediately hoped that it would be a parody of K-pop girl groups who try to be cute all the time. Honestly, I once again don’t know the answer to this. I couldn’t find any English translations of the lyrics so don’t know what they are actually singing about. I Google translated them but can’t really make any sense out of that. The visuals don’t show any obvious signs of parody but with a song like “Al Tang” under their belt I don’t trust just their video. All we can comment on is what we have though and that is a pretty substandard attempt at being cute. The production is cheap and generic. The vocals have their satoori hint but are uninteresting here. “Cotton Candy” is something you will forget not long after you hear it.

Luckily for us their follow up single “Baechu Bossam” is almost impossible to forget. Continuing their food theme this song is about the Korean pork dish Bossam and specifically the cabbage it is wrapped in. Pungdeng-E seemed to have gotten an injection of money for this comeback as the song and video are of much higher production values. The music moves along with their rapping rather than just underlying it like in “Al Tang.” It shifts as they change pitch or delivery. It gives the song a fun, kinetic energy. It also contains a horn section that delights in its fevered bursts. Appropriately, the song is about having fun and eating nice food. Simple ideas for a simple group. There’s an endearing innocent fun to Pungdeng-E that gets rather infectious after a few listens of “Baechu Bossam.

The video is a step up too. It has Korean subtitles that explain what’s going so once again I am ignorant of the details. It seems to be a parody of overly serious conspiracy crime dramas that are quite popular in South Korea. They use cabbage as the so sought after item which apart from being an obvious stand in for whatever those dramas are built around (drugs, money, technology) but also work since everyone in the video seems to want it so badly because Pungdeng-E are rapping about how it’s the key to happiness.

That’s ultimately what Pungdeng-E want. For people to be happy and have fun while watching them perform. The un-self-conscious delivery of the silly material makes them a joy to behold. it really helps them stick out in a crowded market of girl groups. It is also probably what holds them back though. The comedy angle only takes groups so far and if it’s not being seen on variety shows then it is all but unseen. Without really great songs behind them there’s little Pungdeng-E can do. Maybe that doesn’t matter either. Maybe Pungdeng-E are telling us that stressing over success is useless. All that really matters in the end is if we can have our favourite food. That’s something necessary that also brings us great happiness. Sometimes we need to hear these simple ideas again to learn their importance. For that I am thankful to Pungdeng-E and to the lone wandering hero of KCON.

If you like what you see and hear, stay tuned to Kultscene for your chance to win a Pungdeng-E related prize later in the week. 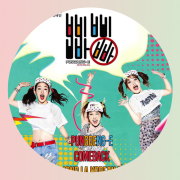