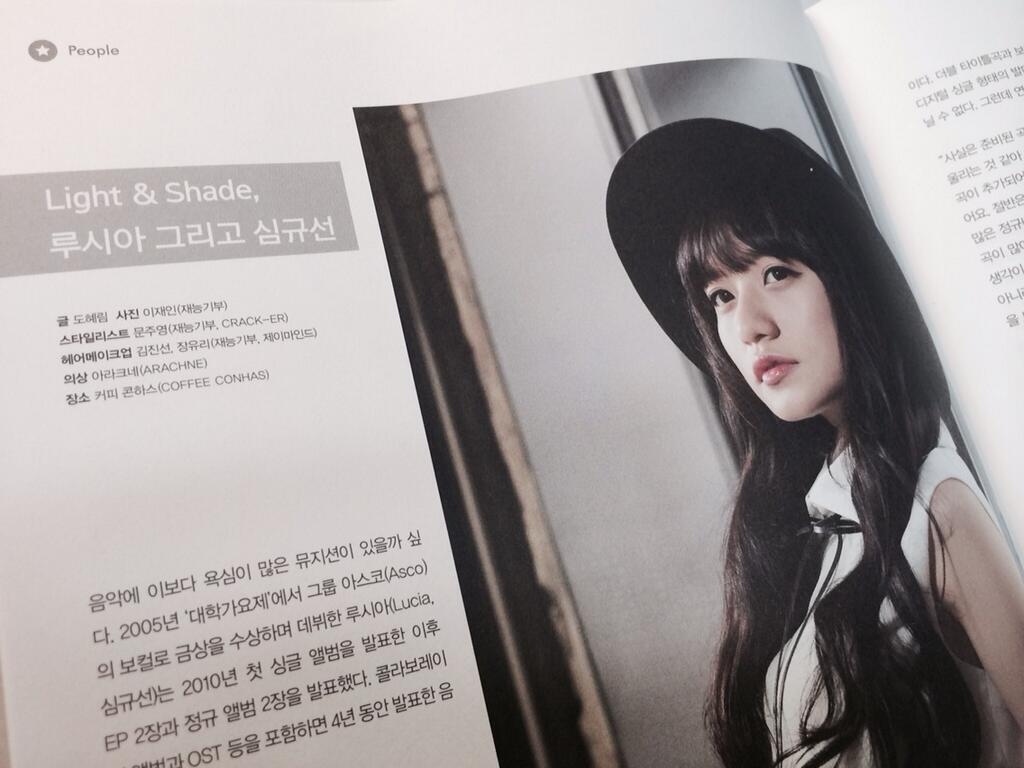 If you haven’t heard of Lucia, then you’re missing out on an incredibly soothing voice in K-Indie genre of the music industry. Her peaceful vocals and thoughtful music videos earned her the spotlight for this article, and the following three songs will show you why you should give this singer a try.

Sim Kyu Seon debuted in 2010, under pastelmusic, but she already had a musical, The Magicians, under her belt prior to moving onto a new career path. Even though she changed her stage name to Lucia a year or so after her debut, she is still best known for her calm, gentle tone and lovely ballads.

The first MV on my list is a collaboration between Lucia and INFINITE’s Woohyun, titled, Cactus.

While this is labeled as a duet, the first half consists of mainly Woohyun singing. I wish there were more harmonic parts to this, because the pair’s (most surprisingly, Woohyun’s) soft voices complement each other quite well, especially at the end.

The video itself may be sad, but it’s wonderfully put together. I am in love with the split screen, and both sides use water and tears to interact with one another. Not only does this represent the fluidity of emotions between people in relationships, but it also shows how, despite the break up, the two still have a special connection.

When discussing her works of art, I must include Lucia’s That Season for Korean-Japanese movie, Flower Shadow:

Right from the get-go, I knew that watching this music video would be a wonderful experience. The animation is simple but conveys so much emotion and movement reflecting that of the song and Lucia’s vocals. The use of colors (not to mention a lack of colors) and emphasis of red definitely highlight the strong sense of love and loss. The rise and fall of action in the video also synchronized perfectly with the singer’s voice.

This is probably my favorite composition from Lucia, mainly because I just can’t get enough of soft but strong ballads with an equally controlled voice.

Another project of Lucia’s that involves dance is Demian, from her latest album, Light & Shade:

This is where Lucia showcases her powerful voice and vibrato, along with some interpretive choreography on an otherwise not-so-flashy set. Due to the simplicity of the background, certain elements like the fluttering of fabric, the throwing of rope, and the scattering of smoke stand out and capture your attention.

Both Lucia and the male dancer perfectly express the feeling that Demian gives off, using a slow build of curves into a flight of muscles with a flow that parallels a stream setting into a waterfall. I think this is absolutely breathtaking, and it’s definitely the right representation for the theme of her album.

Four years into the business, and Lucia just seems to blossom even more with each release. It’s a shame that she’s not as well known as she should be, but I’m quite happy to be able to discover her talents and share them with you. Be sure to follow her on Twitter and Facebook to keep a tab on new music!

Let’s Discuss: Why Does ZE:A Get So Little Love?
Scroll to top