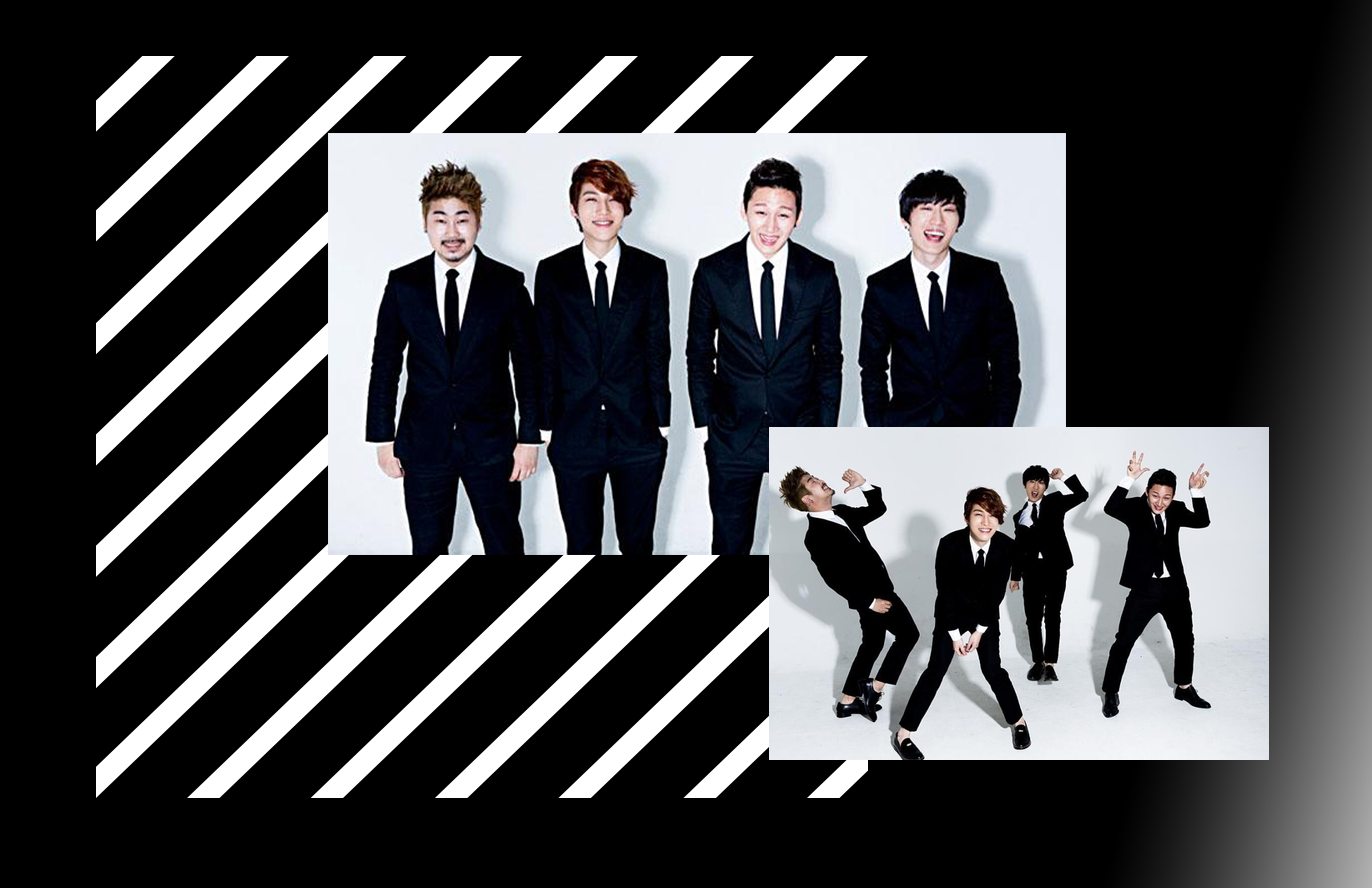 K-Pop may be the most popular thing coming out of Korea today, but Korean rock bands are gradually becoming more and more popular. Dickpunks is one of Korea’s most popular bands right now, so here’s an introduction for everyone who may not know them.

First, the name. Freaking hilarious. Second, there’s no way to describe Dickpunks music. When they appeared on Superstar K4, the judges labeled it solely as “Dickpunks style.”

I first found out about the Dickpunks at the Lush Concert II in Seoul. I had gone to see Ailee, Baek Ji Young, and INFINITE perform, and ended up enjoying all of the performers. However, from that moment on, I fell in love with Dickpunks.

Dickpunks was formed in 2006 and began performing in Hongdae, a neighborhood popular in Korea for its music scene. The group then appeared on Superstar K4 in 2012, and lost to Roy Kim for the top spot on the show.

The group is made up of four members, and was founded when the keyboardist, Kim Hyun Woo, decided to create a band. Kim Tae Hyun is the vocalist, while Kim Jae Heung plays the bass, and Park Ga Ram plays the drums. Unlike most bands, Dickpunks has no guitarist because Kim Hyun Woo liked the idea of a piano-driven band.

The fact that the group doesn’t have a guitar is very noticeable and helps Dickpunks stand out in the Korean music scene, making their songs recognizable immediately. Tae Hyun’s voice is also very distinct.

Even though Dickpunks isn’t an idol group, it’s been compared to groups like Busker Busker and Ulalala Session for its ability to stand out in the industry with a distinctive sound.

Dickpunks appeared on Superstar K4 first while performing its take on the 1968 trot hit, Ulleungdo Twist. The band’s version of the famous trot song met with favorable views, and the group continued on the show until it finally became the runner up.

After taking second place at Superstar K4, Dickpunks signed with TNC Company, and in 2013 released the album and song Viva Primavera. The song’s playful sound and music video gained a lot of attention in Korea, although it didn’t gain a lot of attention internationally. I saw them perform this at the Lush concert and fell in love.

The music video shows off Dickpunks playful style, showing the members in miniature and playing their music in the midst of a “follow the cup.”

Another song off of the album that I particularly liked was New Yorker, due to being a New Yorker myself. The lyrics and style of the song are hilarious, discussing the on-the-go lifestyle that Koreans think people have in New York City. Although I couldn’t find a translation of the lyrics, the song starts with a description of waking up and going to get coffee and then getting brunch at a fast-speed pace.

Ironically, the description painted in the lyrics actually reminds me more of Seoul’s lifestyle rather than New York’s!

After Viva Primavera, came Sunglass. Not “Sunglasses,” but Sunglass. The video, much like that of Viva Primavera, combined hilarity and randomness—the video runs in reverse. The song is about loving someone who hides their true intentions, making it difficult to face one another. Even though it’s a serious subject, Dickpunks makes a joke out of it in the video, and the tempo of the song implies levity.

After Sunglass, Dickpunks released a much more serious song, Hello Godbye, also known as Goodbye Girlfriend. The video, much like Viva Primavera and Sunglass, has a unique style- stop motion. Even though Hello Goodbye is a ballad, Dickpunks’ sound is apparent at the first sound of the song.

After releasing three music videos in 2013 and holding a concert at the end of the year, they recently made their 2014 comeback with Soulmate, a collaboration with 4Minute’s Jiyoon. Dickpunks performed a cover of 4Minute’s Muzik on Superstar K4, so it is quite fun to see the group work with one of 4Minute’s members.

Dickpunks cover of Muzik is so well-loved that the band recently performed it at the 2014 Miss Korea pageant during the swimsuit parade.

Along with their promotional songs, Dickpunks has also release music for the soundtracks of dramas like 2 Weeks and Angel Eyes.

Dickpunks style of music isn’t for everybody, but in the Korean music industry that is often ridiculed for being unoriginal, a band with a unique sound like Dickpunks is really appealing and exciting.

What do you think of Dickpunks and its style? Does this band deserve to be more popular?

What to Expect from “A Pink’s Showtime”
Scroll to top