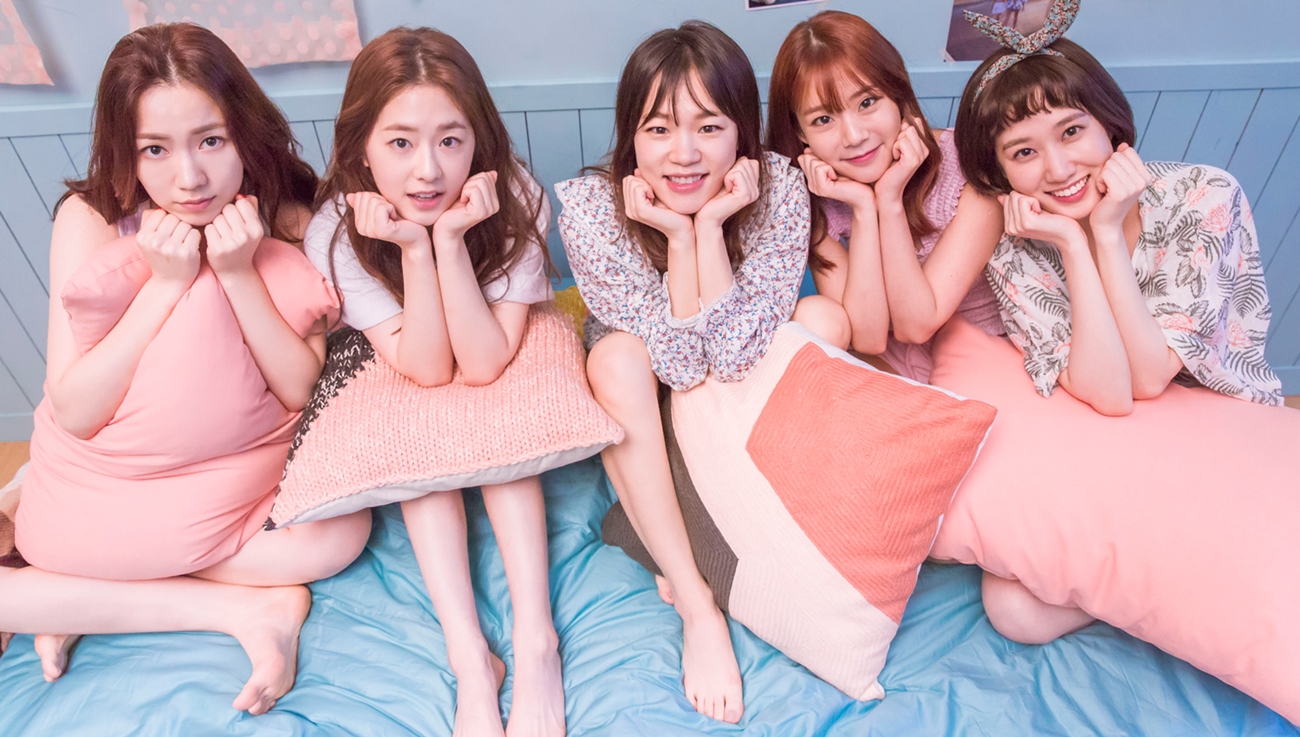 Watching a K-drama is typically a lot of fun, whether they’re feel-good romances or haunting melodramas. But over the past few years, there has been an uptick in Korean television shows whose sole purpose is to highlight the feelings of a generation. The Answer Me and School (sans perhaps the last 2015 installment) are two such series praised for their capacity to make the audience recognize the trials young people go through. JTBC’s soon-to-be-ending drama Age of Youth strives to do the same, but rather than focus on a generation, it emphasizes the stressors in the lives of young women modern day Seoul and South Korean society as a whole. It does such a phenomenal job that it’s going to be depressing come the award season when Age of Youth will likely be overlooked in favor of bigger budget and high-profile dramas.

Between the superb acting, endearing plotlines, and well-written script, Age of Youth is one of the best dramas South Korea’s seen this year. While high-profile dramas get a lot of attention both locally and internationally, Age of Youth is slowly garnering attention. According to Wikipedia, the show achieved nearly 3 percent of ratings nationally in South Korea during the Olympics, nothing to scoff at. So what’s the big deal and why is this little, 12-episode drama grabbing the attention?

[Disclaimer: Some spoilers are included but no major plot points.]

1. It’s All About The Ladies

These five roommates may not be the best of friends, but they still root for one another through all the ups and downs of the last few months. Have a job interview? Here are some shoes to borrow. (Or not…) Need a drink? We got you, whether you need a raucous party or just to be left alone to nurse your beer and a broken heart. Miss a shift at work? Here are four replacement workers! Break up? We’ll throw you a party! And, my personal favorite, started dating and you’re an innocent cutie (who may not have committed patricide)? Here, have a folder full of porn. 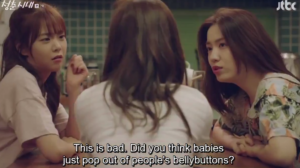 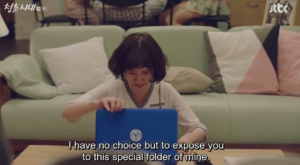 If you’re a fan of K-pop, you’ve probably heard the idea of a girl crush girl group (BlackPink and Twice, anyone?) But Korean dramas aren’t exactly known for their strong, tough “girl crush” characters for women to look up to. Handsome men? Check. More or less independent women who still swoon the minute they see one of those men? Check. But women doing their own thing? Sometimes…? That’s what this whole show is about. The quintet are one another’s cheerleaders, sometimes lovers, and even though there are still misunderstandings the beauty of the show is that the five women truly support one another.

2. The Actresses Are All Fabulous

I was a bit doubtful, considering that Age of Youth had no names I recognized except former T-ara member Ryu Hwayoung (who looks a lot like actress Park Shin Hye) and former KARA member Han Seungyeon, who play a high-end call girl and a blinded by love student in an abusive relationship respectively. But all of the stars are phenomenal actors. The viewers will root for the five women, even at their worst. And by worst, I mean when you find out that at least two of the main characters have killed people.

Han Yeri in particular evokes a sense of sadness even though she has the least lines in the show, but she is such a consummate actress that every movement is full of meaning. And if you don’t absolutely hate the characters played by Ji Il Joo (slimy Doo Young) and Min Sung Wook (the restaurant manager), then you should go back and rewatch because those two actors make it believable that there are such detestable people in the everyday world.

Can it be true??? Chaebols, or the (usually young and handsome) heirs of family conglomerates, often play a role in many popular South Korean dramas. But Age of Youth is almost entirely devoid of this K-drama cliche. Some characters come from wealthier backgrounds or earn more, but overall, most characters are regular, everyday middle class Koreans living in random neighborhoods throughout Seoul. This is a drama so, of course; everybody still has the best phones and looks stylish, but it’s a step in the right direction to make relatable television. It’s clearly one of the best dramatizations of everyday life out of Korea, and the U.S to be honest, this year.

4. It Talks About All The Big Issues

Sex, depression, stalking, murder, death, poverty, finding direction, workplace harassment, and prostitution are just some of the things that Age of Youth addresses.

While many dramas make a big deal of sleeping with someone, in this drama, it just is normal. The budding romance between Park Hyesoo and Shin Hyunsoo’s characters, Eunjae and Jongyeol is sweet and innocent, but the minute they kiss the next question the other girls ask is when they’re going to have sex, no coyishness whatsoever. This is the real world, and these are real young women with desires. 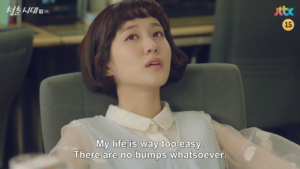 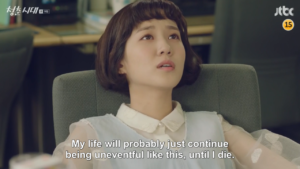 And as for finances, it simply makes sense a few episodes in when the roommates discover one of their peers is selling herself for money; it’s the only way to live fashionably in Seoul. (Some social commentary, maybe?) A recurring theme, several characters encounter situations where they face being forced to reject money in favor of preserving their self-respect. Even debt is portrayed realistically, as something horrifying and life-threatening. And the debt collectors aren’t ruthless gangsters as in most dramas, they’re just guys trying to collect even while feeling bad for harassing a college student to pay for her mother’s mistakes.

The first episode gave us a basic introduction through the five women living in the house together. And while it seemed like the story would be centered around newcomer Eunjae, but by the end of the episode the screenwriting enabled viewers to see the point of view of each of the quintet and has since followed that pattern. It was, in essence, a maturing from the typical K-drama trope of following just one or two main characters. Age of Youth is all about the process of growing older through college years, and those few minutes of understanding the other housemates for the first time seemed like the first baby steps that will lead the path to adulthood (which, unfortunately, will likely arrive when the final episode airs this week).

Also on KultScene: How effective will China’s ban on K-dramas be?

6. It’s Not Just About Romance

If you haven’t realized yet, this show isn’t the typical K-drama romance. These girls sit around chatting sometimes, do laundry, exercise, play pranks, bicker, date, go to school and work, etc. Thankfully, Age of Youth is filled with young women who are literal Wonder Women doing their own thing and it’s very clear that happiness doesn’t innately mean finding Mr. Right. It’s still a K-drama, so that definitely helps, but these ladies are searching for their paths in life first with romance coming as just one part on a path to self-fulfillment. Even though each of the five women have some sort of loveline, the relationships are used more to depict personal growth and character development rather than the innate goal of this drama. 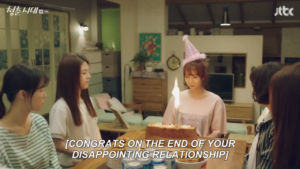 While Age of Youth is atypical for a drama, it will still likely aim for the happy ending trope and that’s not particularly a bad thing. (Although if one of them gets a sad finale… Well, it will just prove how quasi-realistic this show is!).

Even though it’s not all about love, each of main characters are young teens and twenty somethings (the youngest Eunjae is 20 by Korean standards, likely 18 internationally, while the eldest Jinmyung is 28 Korean age/26 internationally) and looking for happiness. For some of them, at the moment that hopefully includes the men who have been cheering them on as they overcome their hardships and for others it means finding out what makes them happy.