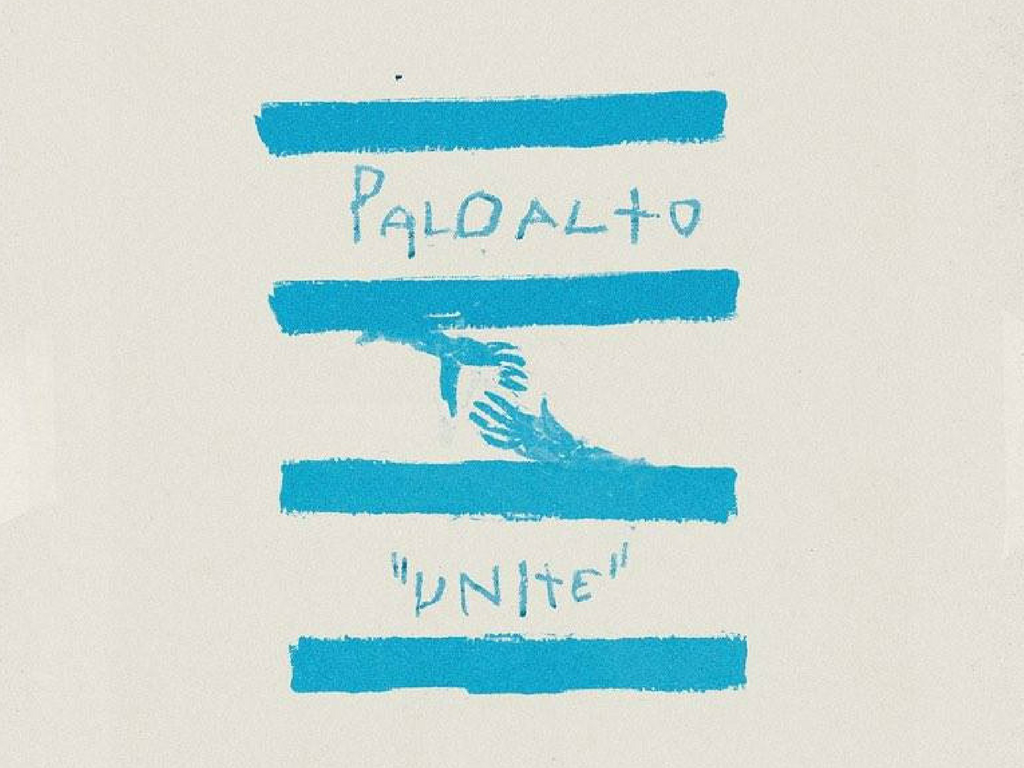 As 2016 was drawing to a close, Korean music fans were already aware that the first half of 2017 would be hectic in terms of concerts. And as 2017 dawned, it showed no signs of slowing down. US fans will probably get more than their fair dose of K-pop shows — but what about K-hip-hop? Worry not, for Paloalto’s got your back. Hi-Lite’s founder is bringing his Unite tour to North America

While it may be called a “North American Tour,” it only has four stops. And while more would be appreciated, we’ll take what we can get. The first is on Feb. 3 at San Francisco’s Origin, then it’s LA’s Club Bound on Feb. 4. A week later, the shows continue on Feb. 10 in New York at Space Ibiza, and finally in Vancouver, Canada on Feb. 11 at Privé Nightclub. Tickets range from $20 for GA to $60 for VVIP with a meet and greet to +$300 for bottle service. Each date varies in prices, so keep in mind the change. All shows are 21+, however, the meet-and-greet is 18+ — so keep that in mind if you’re planning to go! For more information, check out the event page on Facebook. 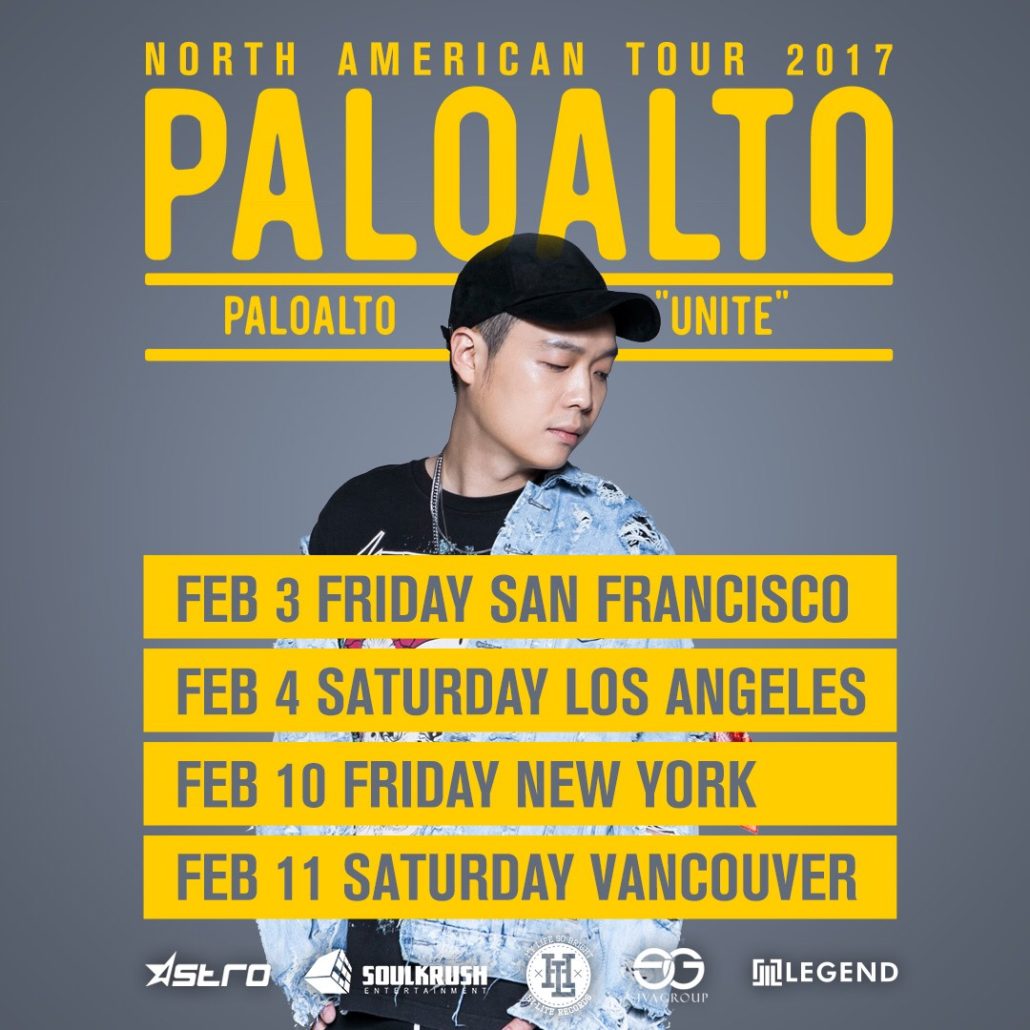 And just in case you needed a warm up for what will undoubtedly be a lit night, here are eight Paloalto songs to hype you up for the shows:

The rap competition program Show Me the Money is always a great avenue for rappers, known and unknown, to collaborate and release fire tracks. So when Paloalto and Zico teamed up on Season Four, it was pretty obvious that their songs would be awesome. “Moneyflow” features both rappers plus contestant Song Mino. Paloalto always finds interesting ways of switching it up when it comes to beats, and going the rock route with “Moneyflow” fit Zico and Mino like a glove since their flows can go mosh pit hard without seeming fake.

Also on KultScene: A teenage fangirl’s farewell to 2NE1

For “Turtleship,” Paloalto released a version with his Show Me the Money team, but for the remix, the Hi-Lite CEO called on his label makes G2, B-Free and Okasian, plus Zico, for an even more lit rendition. Let’s get one thing out of the way: the original didn’t need to be upgraded, but with such a sick beat, why not expand the roster to see what even more rappers can spit on it? Even if it’s only under two years old, “Turtleship” is an instant classic.

As Korean rap becomes more popular, many rappers have begun to sound alike. However, Paloalto has his very own, difficult to replicate — or follow — flow, and this is perfectly exemplified in “Good Times.” It’s uplifting yet chill vibe makes the track a must for just about any day playlist.

What happens when you mix one a great rapper with one of the smoothest R&B vocalists? Gold, that’s what. Pure. Gold. Paloalto teamed up with Dean (oh yeah, and Sway D) for “Fancy,” aka, one of the chillest bops of 2016. Although it’s unlikely that Paloalto can pull off this song live in its perfect entirety without Dean, you need it in your life. You’re welcome.

Throwing it a bit back, “Would You Be My” is an interesting indie rock and boom bap hybrid that we don’t get to hear in hip-hop a lot. But considering that Beenzino is the featuring rapper, of course it had to get experimental. It’s a stripped performance that allows their verses to take center stage, and it works perfectly.

Another laid-back, striped track playlist-worth is “Au Revoir” with CokeJazz. Before becoming a rapper, Palo aimed to be a songwriter, and fans constantly see glimmers of this when he focuses on the lyrics rather than the fanfare of the beat — like some other rappers, *cough* *cough*. “Au Revoir” is breezy and overall a feel-good jam.

2015 gave us plenty of Zico and Paloalto collaborations. And while they’re all great in their own right, “Dark Panda” takes the cake for being one of the most interesting. They signed up Sistar’s Hyorin to put some R&B soul on the track and she took it right into bliss. Musically, it’s complex and, well, dark; and the contrast between Hyorin’s moans, Zico’s fast verses, and Paloalto’s wavy flow make “Dark Panda” and experience in its own right.

Paloalto’s most recent track mixes perfectly his signature sound of contrasting chill yet bumpy beats and flow shift. It starts out mid-tempo and then it slows down the pace a bit before going up again at the hook, and this just goes on and on for a four minute musical rollercoaster. Like everything he does, “Victories” is a chill experience sprinkled with mild turn up moments to go crazy in when performed live.

However, if you must know the actual set list for the tour, Paloalto recently announced it on Instagram:

9 Things I Learned While On Tour With GOT7
Scroll to top
×
Loading Comments...