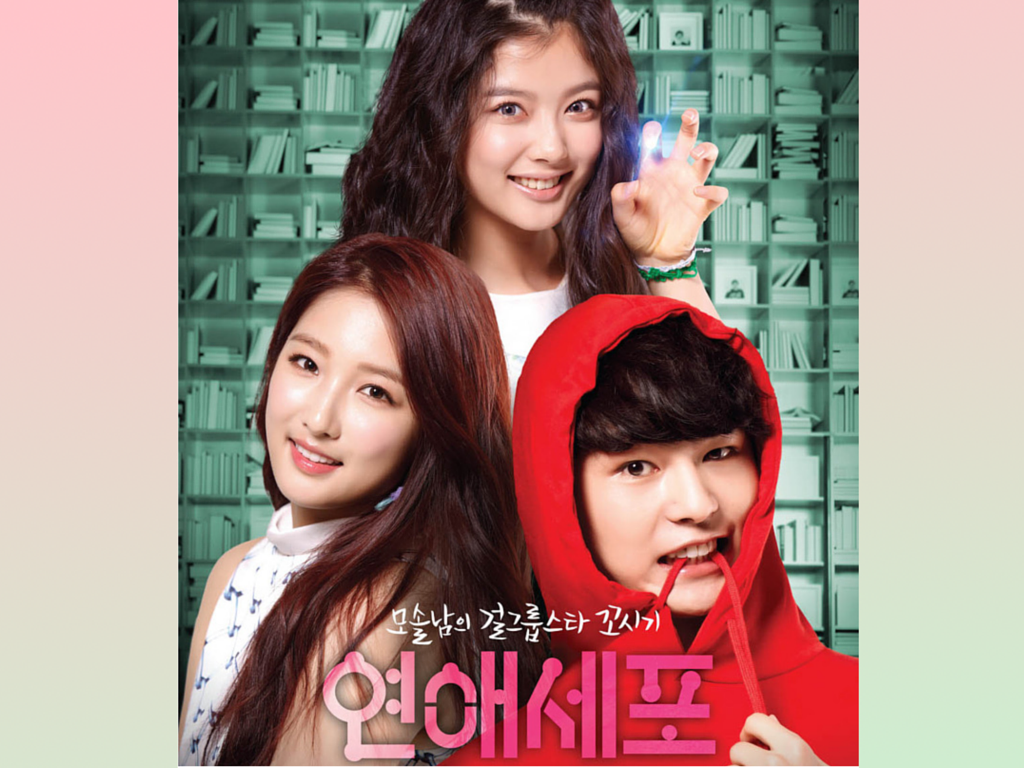 Love Cells is a new webseries airing exclusively on DramaFever, about “a virgin trying to seduce an idol.” Does it sound fun yet? KultScene checked it out, and fell absolutely in love with Love Cells. The show is based off of a Korean webtoon with the same name, and keeps the essence of the comic that made Love Cell so endearing. Love Cells stars Kim Yoo Jung, Park Sun Ho, and 4MINUTE’s Nam Ji Hyun.

Love Cells, for the lack of a better word, is original. There are a few things we’ve seen before, such as idols in complicated personal relationships, but mostly what we’re seeing is a lot of new plot points that many dramas don’t feature. The main couple is a unemployed guy and his love cell, a cell that comes out his body and turns into a woman because his body demands love. The whole thing is about falling in love and doesn’t waste any time with tangential side points; this is a story about a love cell acting like a cupid in order to save her own life. It’s great; we haven’t seen it often.

2. Kim Woo Bin Is The First Thing We See

Unfortunately, Kim Woo Bin just makes a cameo in Dae Choong’s (played by Park Sun Ho) nightmare, but it’s a nice entryway into the drama. He only appears for a split second, but fans of the actor probably were severely disappointed when they realized that Kim Woo Bin is just a figment of Dae Choong’s imagination and only appears in the first episode.

4MINUTE’s leader Nam Ji Hyun plays Seo Rin, a goddess-like idol. Fans adore her, and Dae Choong dreams of her being perfect. However, it turns out that her image is just a façade and she actually just wants to relax, drink soju, and eat chicken feet in her spare time. K-Pop idols are supposed to be perfect, and Love Cells loves playing up the “no, that can’t be Seo Rin. She wouldn’t eat chicken feet.” The explanation in many cases? People love Seo Rin so much that they get plastic surgery to look like her, so it’s just one of her numerous doppelgangers. Everything about it is a bit silly, but it works.

4. There’s A Cell That Wants You To Fall In Love– Played By Kim Yoo Jung

Kim Yoo Jung plays Nebi, the “love cell” from Dae Choong’s body who will die if he doesn’t find love within a month. She came out of Dae Choong’s body as a pink blob and his cat Nebi ate it- then turned into Kim Yoo Jung. Kim Yoo Jung’s Nebi is hilarious, and always has a plan to help Dae Choong get his girl. She’s doing it all to ensure her continued existence, but it’s sweet to see her get excited whenever one of her ideas helps Dae Choong get a bit closer to Seo Rin. Kim Yoo Jung plays Nebi with a bit of seriousness, some humor, and enjoys breaking the fourth wall once in a while to look at the audience as if she’s saying, “these people I have to deal with.” She also loves smacking people around in comical ways.

Ma Dae Choong is a 27-year-old useless sort of guy –unemployed, doesn’t pay his rent, dirty, knows nothing about love or friendship, and is a little bit of a pervert. Chae Doong is described as “a dating virgin.” However, he’s played by the handsome Park Sun Ho, who makes the buffoonish Dae Choong come across as endearing. In moments when Dae Choong doesn’t know what to do, Park Sun Ho’s acting helps the audience empathize with the guy who simply hasn’t done anything with his life.

6. Magical Items That We All Wish We Had (And A Park Joon Hyung Cameo)

g.o.d’s Park Joon Hyung makes a cameo in Love Cells as the salesman who is promoting Nebi’s magical items that help Dae Choong succeed in love. Among these are a magical face cream that helps the object of your affection notice you, a guitar pick that turns anyone into a superstar, perfume that will attract any member of the opposite sex, etc. Everyone wants something like that every once in a while, and Park Joon Hyung is a really hilarious salesman who does his job incredibly well. If only those items really existed…

7. You Can Watch An Episode In Less Time Than It Takes To Get Dressed

Every episode is less than eight minutes long and they come out on Dramafever every day for the three weeks that the show is premiering. If you don’t believe how fast they are, check out the first episode right now:

Like the 1960’s kitschy I Dream of Jeannie with a similar plot of a magical creature coming to “help” someone else, Love Cells has serious moments but never forgets that its existence is to make the audience smile. Slapstick comedy is rampant in Love Cells, used in just the right places to make each episode that much better.

The short episodes usually end with cliffhangers that show Seo Rin and Dae Choong’s changing relationship, but by the next day, their problems have somehow turned into a good thing. Love Cells is well produced, entertaining, and an all around feel-good webseries.

VIXX & its Successful Use of Themes
Scroll to top
Loading Comments...