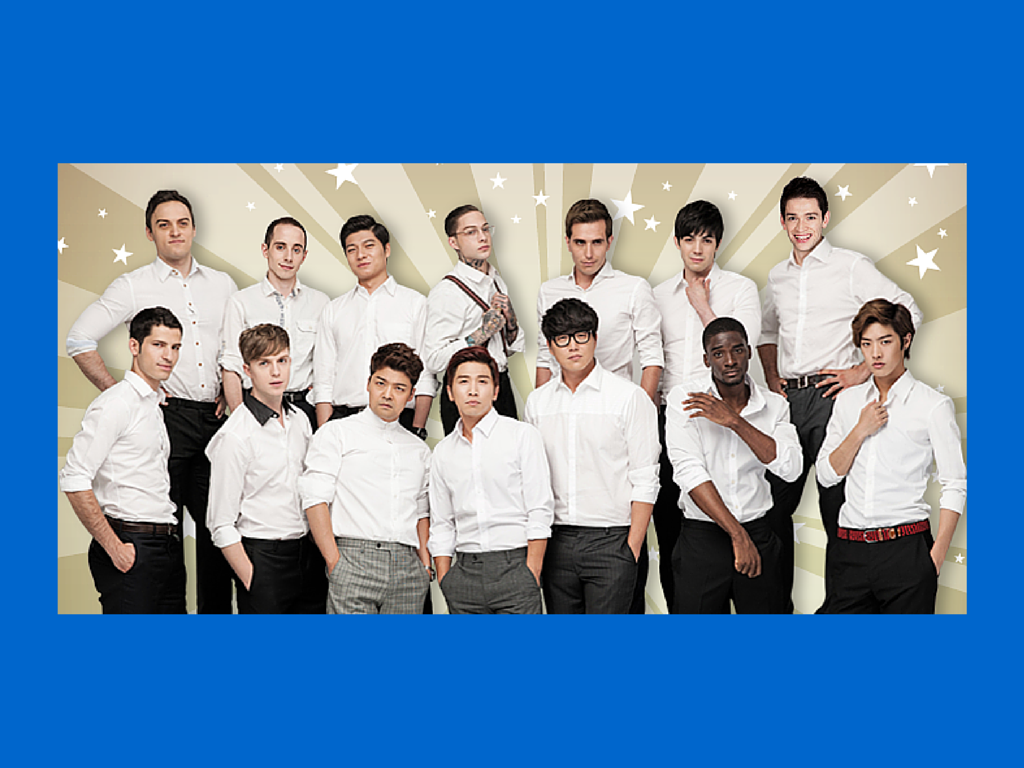 JTBC’s Abnormal Summit (aka Non-Summit) is one of those shows that rarely makes international headlines because it’s devoid of a K-Pop idol cast. It doesn’t address artist-centered topics or is meant as a promotional stint for celebrities; it’s quite far from that.

Abnormal Summit’s “abnormality” starts with its format: a panel of 11 men together with the three hosts and a guest (Korean representative) discuss various topics concerning Korean culture for 70 minutes. The panelists, or G11, are actually all non-Korean men from different countries who live in Korea and are thus fluent in the language. Together with the Korean MCs –Jun Hyun Moo, Yoo Se Yoon, and Sung Si Kyung –they all emulate a world leaders summit in talk show format and debate topics such as same-sex marriage, the country’s infatuation with beauty, drinking culture, and more.

What could turn into utter disaster is actually quite insightful and entertaining. The creators positioned Abnormal Summit’s set to appear like a serious UN meeting, but it actually resembles what a group of men would act like at a gathering or bar, making it just really good TV. Need further persuading? Here are five reasons to look up Abnormal Summit and watch it:

When I say “utter disaster,” I’m not playing. Eleven foreigners criticizing Korean culture? Can’t end well, and that’s exactly why that doesn’t happen in Abnormal Summit. Instead, the Korean representative for the day brings up a personal topic and asks G11 if they’re abnormal. G11 then doesn’t lecture the guest, but offer their personal opinions and share their home countries’ stance on the subject.

So far, the sixteen episodes aired have shown that when you put together such a big group of men, regardless of age, the discussion’s tone is not going to be serious all the time. Having a comedian as an MC together with foreign 20 to 30-something-year-old men on TV, they’re going to tackle the issues with humor.

But leaving the variety side of the show behind, Abnormal Summit addresses issues that affect youth not only in Korea, but all over the world, and it always sheds interesting insight. Some of the topics covered so far include pre-marital cohabitation, sex education, living in Seoul, career pursuits, etc. Since G11 come from different countries around the globe, it’s always interesting to witness their point of views. For example, Enes Kaya from Turkey and Zhang Yuan from China are generally the conservatives ones, while Belgium’s Julian Quintart and Germany’s Daniel Lindemann are more liberal. While Enes opposes cohabitation, stating that the woman is affected if the relationship doesn’t result in marriage, Julian refutes that couples learn if they want to get married by living together before marriage.

The key point to this panel is that no matter where G11 is from –taking into account culture and beliefs –they always talk about topics respectfully. But just in case things get heated up, they all hold hands and sing Koreana’s Hand in Hand.

I’ve purposely refrained from talking about G11 more specifically before because I was waiting for this. Unlike America, Korea is not an immigrant country, meaning there’s not a lot of diversity of people living there, thus on TV. However, producers managed to find a few expats who are fluent in Korean and very attractive.

Since the cast is so different, each of the guys has their own special features that make them attractive. Sam Okyere from Ghana, German Daniel, and Guillaume Patry from Canada all have super hero builds, while Julian, Robin Deiana from France, and Takuya Terada from Japan (who is in K-Pop group Cross Gene) have that flower boy essence we love. Alberto Mondi from Italy, Enes, and Yuan swoon audiences with their romantic, family-centered views, and Australia’s Daniel Snoeks has a bad boy image, being covered in tattoos. Lastly, Tyler Rasch from the U.S. and former panelist James Hooper from the U.K., showcased more mature and savvy images.

G11 is so popular and well-accepted by the Korean public that they all do CFs and magazine editorials now. And with these looks and charisma, who can blame them? They definitely give lots of idols a run for their money.

As mentioned before, a Korean representative is featured in each episode and presents a topic to be discussed. Some past guests include 2AM’s Jo Kwon, Sistar’s Soyou, Roommate’s Jo Se Ho, and Running Man’s HaHa. However, even though these are all bigger names than the panelists, the Korean representative is always overshadowed by G11. The show truly is about the foreign views on specific subjects, so guests are never truly the focus on Abnormal Summit, even if they are debating their “abnormalities.”

One of the most touching things about the show is to see the progression in the guys’ relationships with each other. Most of these guys started out as strangers (Robin and Julian were friends before the show) and some held prejudices against others (Yuan brought up China’s conflicts with Japan and the U.S., causing tensions with Takuya and Tyler). And yet, with each week, you see their friendships and understandings of each other grow and strengthen.

A great example of growth is how on the first episode, the hosts asked Takuya to dance since he’s in a boy band. This, understandably, caused weird stares from the rest of the panelists. However, when Takuya was asked to dance again for the Chuseok special, G11 cheered for him and even danced along with him.

Even though Abnormal Summit is a hybrid of a talk show and a variety one and some aspects of it are obviously scripted, there’s just no way a writer comes up with the comedy seen in the show. It’s just impossible! They don’t rely on gimmicky jokes or acts, they just talk amongst themselves and the comedy ensues naturally.

Their running gags are some of the key points in their comedy. It’s always funny when none of the hosts believe Sam on anything Ghana-related, when Enes gets teased for his countless Turkish proverbs, or when they bring up Julian’s parent’s pension in Belgium. This comes from the fact that “boys will be boys.” They tease each other and never take it to heart. G11 also never shies away from being complete derps –one of the many reasons why they’re so lovable and charismatic.