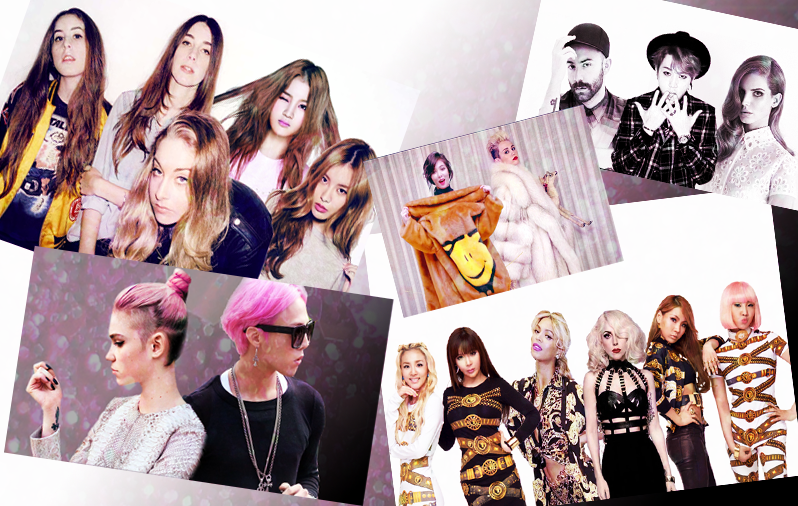 Have you ever had any fantasies about your non K-Pop artist collaborating with your favorite idol? Some collaborations have happened before (the most recent one being Psy and Snoop Dogg with Hangover) but there are not that many out there. Having exposure outside of Korea with this type of collaborations would be beneficial for both artists.

Non K-Pop fans would be exposed to the idol, and if they like the collaboration, they will certainly research more about the artist. Same goes for the idol fandom being acquainted with the foreign artist. Here at KPOPme we want to give you a list of our top five fantasy collaborations that we would love if they happened. 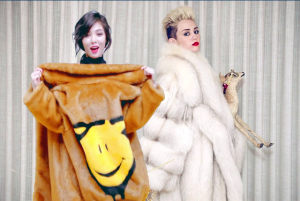 When HyunA made her comeback with Red, Miley Cyrus’ We Can’t Stop was undeniably the inspiration, so that’s how this fantasy came about. Can you imagine an English remix of Red featuring Miley Cyrus? The Wrecking Ball singer would add her signature raspy voice to the song and dance along to the sexy choreography with HyunA, and it would be flawless. The two ladies know what they have and they are not afraid to flaunt it! 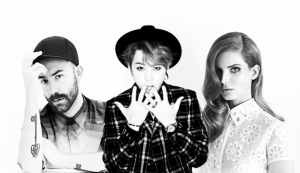 Lana Del Rey and Woodkid have previously collaborated together plenty of times, like the time he directed her video for Born To Die or when he sang with Lana her hit song Video Games at one of his first showcases. When you put together Lana Del Rey’s vocals with the raspiness of Woodkid’s voice, it creates a very special collaboration. Add Junhyung from BEAST’s powerful yet soft rapping skills and his creative mind, and we have a very interesting song. Plus, this trio could definitely create a very visually stunning video filled with beautiful imagery.

When Junhyung came out with his solo track FLOWER, you could see how much he got involved in the creative process. He loves captivating visuals, and his video is full of that. The rapper took a very artsy route for his solo project, making a collaboration with Lana and Woodkid ideal.

I can see this trio creating a very sad and powerful ballad, where Lana is the lead, Woodkid adds his raspy voice to the chorus and directs the video, while Junhyung also raps and produces the song. Here’s Woodkid’s video for I Love You. 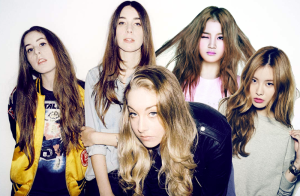 American pop rock band HAIM is the work of three sisters: Alaba, Danielle, and Este Haim. Their distinctive music style is a mixture of ’70s rock and ‘90s R&B, captivating the hearts of a lot of fans around the world. On their song The Wire, the ladies display their vocals, which would be perfect for a collaboration remix with powerful vocalists Lee Hi and Lim Kim.

The song is really fun, and fits very well with Lee Hi’s and Lim Kim’s personalities. Hearing their vocals mixed with the Haim sisters’ would be amazing. Picture Lee Hi and Lim Kim adding their ad libs during the chorus and/or have their own verses before the climax of the song. So good! 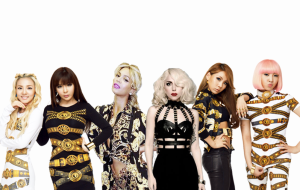 We can only dare to dream, but imagine having 2NE1, Lady Gaga, and Beyonce on the same song. It would certainly make the world stop or crash the internet. Even if 2NE1 is very popular around the world, if a collaboration like this were to happen, the exposure it would bring them would be immense. Lady Gaga and Beyonce are two of the most talented performers out there. Together with 2NE1’s stage presence and talent, it would make an epic song .

Gaga and Queen B have already worked together before on Gaga’s smash hit Telephone and Beyonce’s Video Phone, so we already know how well they compliment each other. Bring 2NE1 into the mix, and the potential track would be further complemented with Park Bom’s power vocals (which would balance very well with the mega stars’ voices), Minzy’s and Dara’s fierce voices on the bridges, and CL could smash everyone with her rapping (joined by Beyonce, of course).

Since their song I Am The Best was the one that brought them international recognition, they could come out with I’m The Best Part 2 featuring Lady Gaga and Beyonce. The track would be very fun and very truthful to the style that has made 2NE1 appeal to a lot of fans: strong lyrics, easy to follow choreography à la Bad Romance, and amazing fashion.

And while we’re talking about music here, I’m already picturing the music video… The ladies would all be styled by Jeremy Scott and Donatella Versace –in their own creations, of course. All of them have been muses to these fashion designers, so the idea is not far-fetched. In addition, who could say no to a 10 minute long music video with this army of fierce women? 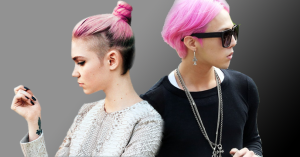 This is a collaboration that I personally have been waiting for desperately. Experimental Canadian singer-songwriter and visual artist Claire Boucher, known as Grimes, is an avid J-Pop and K-Pop fan. Furthermore, her music and aesthetic has a lot of influence from multiple Asian acts. She is a fan of BIGBANG and G-Dragon, having interacted with the leader himself on Twitter for all the world to witness their first exchange of words (which was every fangirl’s dream!).

Later, Grimes took to Twitter again to express how excited she was to meet him for the first time. 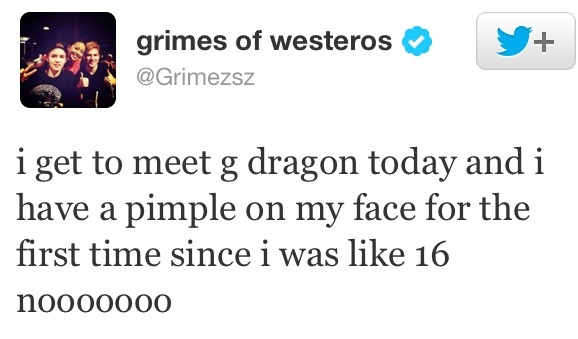 Grimes is rumored to have worked together with GD on a project, and was even allegedly escorted by Mr. Kwon Ji Yong himself to her show in Hongdae.

Them potentially working together raise so many questions: What on Earth could these two amazingly creative and innovative persons come up with? And why is it not out?! Grimes is known for doing pop melodies that are filled with dark undertones and very obscure lyrics that range from feminism, alcoholism, love, and sexual assault.

One wonders how her creative ideas could pair with G-Dragon’s equally creative and twisted mind. Both of their imagination to create outstanding visuals would make the perfect collaboration. And whether the end product is a remix of one of their songs or an entirely new one, it will surely be amazing. 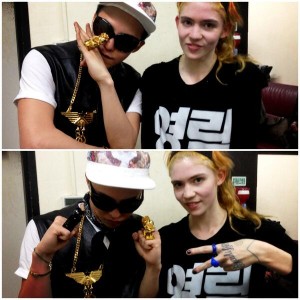 Here’s Grimes’ Genesis,  just in case you are not familiar with her work.

Everyone has different tastes in music outside of K-Pop, so do you have any fantasies about Korean and foreign artists working together on a track? Let us know in the comments below.  We’d love to hear you thoughts and don’t forget to follow us on Facebook, Twitter, Instagram, Tumblr, and Bloglovin’ so you can keep up with all our posts.