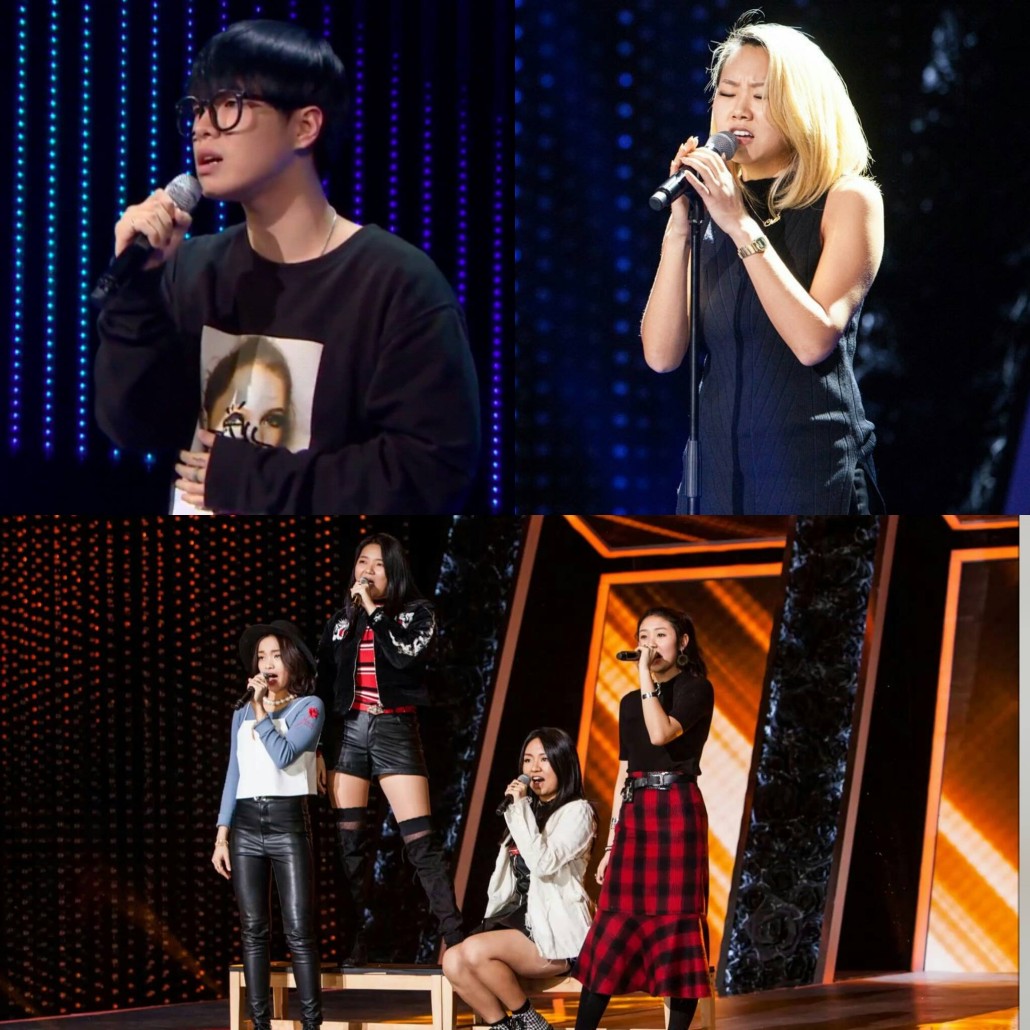 SBS’s “Kpop Star” is deep into itsfifth season at the moment with the top 10 contestants just beginning their live shows, but boy has it already been such a fantastic ride. From outstanding soul singers to a seemingly ready-to-debut girl group, the contestants of “Kpop Star 5” have exhibited a boundless amount of talent, making for a highly enjoyable yet extremely brutal competition. In particular, here are five contestants who have really stood out and in essence and are the definition of what this season of “Kpop Star is about”; it’s not just about the discovery of vocal talents, it’s also about growth, both for the K-pop industry and for the contestants themselves.

Ahn Ye Eun started out as one of the most underrated contestants in this competition but she has subsequently rose in the ranks ever since she started to get broadcasted on the show. She barely scraped through her first audition with the help of Yoo Hee Yeol’s life-saving wild card and did well in the ranking audition after that, but the producers did not include her in the broadcasts for the same reason that Yang Hyun Suk and Park Jin Young did not let her pass. They were afraid that her self-composed songs would not be well-received by the general public because the songs were too different from mainstream K-pop. These fears turned out to be unfounded however, because her unique compositions impressed not only the other contestants and the judges but also made many fans out of the viewers, both locally and internationally.

As a singer and songwriter Ahn also gained more confidence in her abilities and this is made evident by the risks she chose to take, especially in the round leading up to the selection of the top ten acts. Although the judges had previously criticized her compositions she decided to believe in herself and performed her strongest (and perhaps most disturbing) song “Sticker.” This song is about a stalker and is a truly creepy yet winning composition.

Her efforts paid off and she earned great feedback from all three judges for her performance. Ahn has currently made it into the top eight of the competition and I am looking forward to the music revolution she will definitely bring into the K-pop industry.

Unlike Ahn Ye Eun, singer-songwriter Jung Jin Woo has been under the spotlight ever since his first audition on the show. A returning contestant from Season 3, this talented musician garnered a lot of attention with the first self-composed song he performed on the show, “Satellite.”

He was praised for his witty lyrics and fresh compositions, prompting him to experiment with different types of music and continue his journey as a songwriter. Not all was smooth-sailing for him though and Jung had to work hard to find his own colour as he progressed through the rounds. He also had a few successful duets with contestant Lee Soo Jung, and together this couple was both electrifying and adorable.

Through each round Jung has shown consistent growth as a musician and with the aid of judge Yoo Hee Yeol, Jung’s songwriting and style has become more refined. With his high-level abilities and natural charm, it’s pretty certain that he will go very far in this competition.

Also on KultScene: EXO Made The Audience Feel Like One At EXO’luXion New York

The formation and success of this four-member girl group was probably the biggest surprise in this season because of the group’s origins. The members all started as individual contestants but were grouped together during the team mission round. Mazinga was formed when three individuals, Joyce Lee, Kim Yerim and Denise Kim, were put together in the same group. Their fourth member, Yuyu Liu was initially paired with another contestant, a returning young singer called Brody, but she eventually joined Mazinga to form Mazinga-S. Although the other three girls had already enjoyed a great chemistry before Yuyu joined, she fit right in and added even more charm to the group. Their teamwork was so perfect that the judges made an exception and requested them to stay as a group even after the team mission round was over.

This group has been going from strength to strength, especially as their teamwork and friendship is strengthened; this is evident in the way they are able to work together so flawlessly on and off stage. Although they are of different ethnicities (Joyce is from America, Yuyu is from China, and the other two members are from Korea), they are always able to move beyond their differences and channel their energies towards their shared love of performing, and boy, are they good at it.

There is a reason why they are always being praised that they seem like a professional girl group. They give off a very strong aura and their amazing vocals certainly complement their image. A group normally only has one or two exceptional singers, but Mazinga S is special in the sense that no member is weaker than the rest, they each have and display their unique charms but are still able to fit in with the rest of the group. They aren’t only good technically, their love for performing also shows when they are on stage; their actions are so natural and fun that it draws attention right away. If not for the fact that there are many insanely talented contestants in the top ten right now, I would say that this group has a very high chance of winning this competition.

Lee Soo Jung has been one of the most consistent performers this season and she only seems to be getting better. She has a beautiful voice, but more than that, she knows how to use her voice as an instrument to fit the song she is singing, and she is able to do this for songs of varying styles as well; ranging from R&B to ballads to pop songs. She can make each her song her own, and this artistic sensibility sets her apart from the other contestants. Lee has always been seen as a cool contestant because she is rarely affected by the performances of her competitors and doesn’t display much emotion but as she progresses through this competition, her emotions are beginning to show through her performances. The most notable example of this would be her tearful rendition of g.o.d’s “Lies.”

She adapted this song by revamping the rap parts of this song and changing some lyrics of the song; it was a beautiful testament to her growth as a musician not only because she was able to immerse herself fully in her performance but also because of her beginning attempts at arranging and songwriting. She is a contestant that I look forward to watching every week because I know that she will never disappoint.

Joo Mi Yeon is probably the contestant who has grown the most in this list, not just as a singer but on a personal level. When she started the show, she was still suffering from stage fright, a symptom of the psychological trauma she suffered when she failed to get into any university after her high school exams. Her nervousness and stage fright was so evident whenever she went on stage but when she immersed herself into the song, it was as if all her fear had left her. Her emotions were so real and well expressed through her performance that it touched the hearts of the other contestants, the judges, and of course the viewers of the show. This was especially true in her performance of “You Are Tearful” where she truly displayed her nuanced and sweet voice.

It was gratifying to see her gain confidence as she received compliments from the judges and even more so to watch her power through the obstacles that stood between her and a position in the top ten. While she may not be as unique and outstanding as her fellow competitors at the moment, her emotive voice is one of my favourites and I look forward to her music in the K-pop industry in the future.