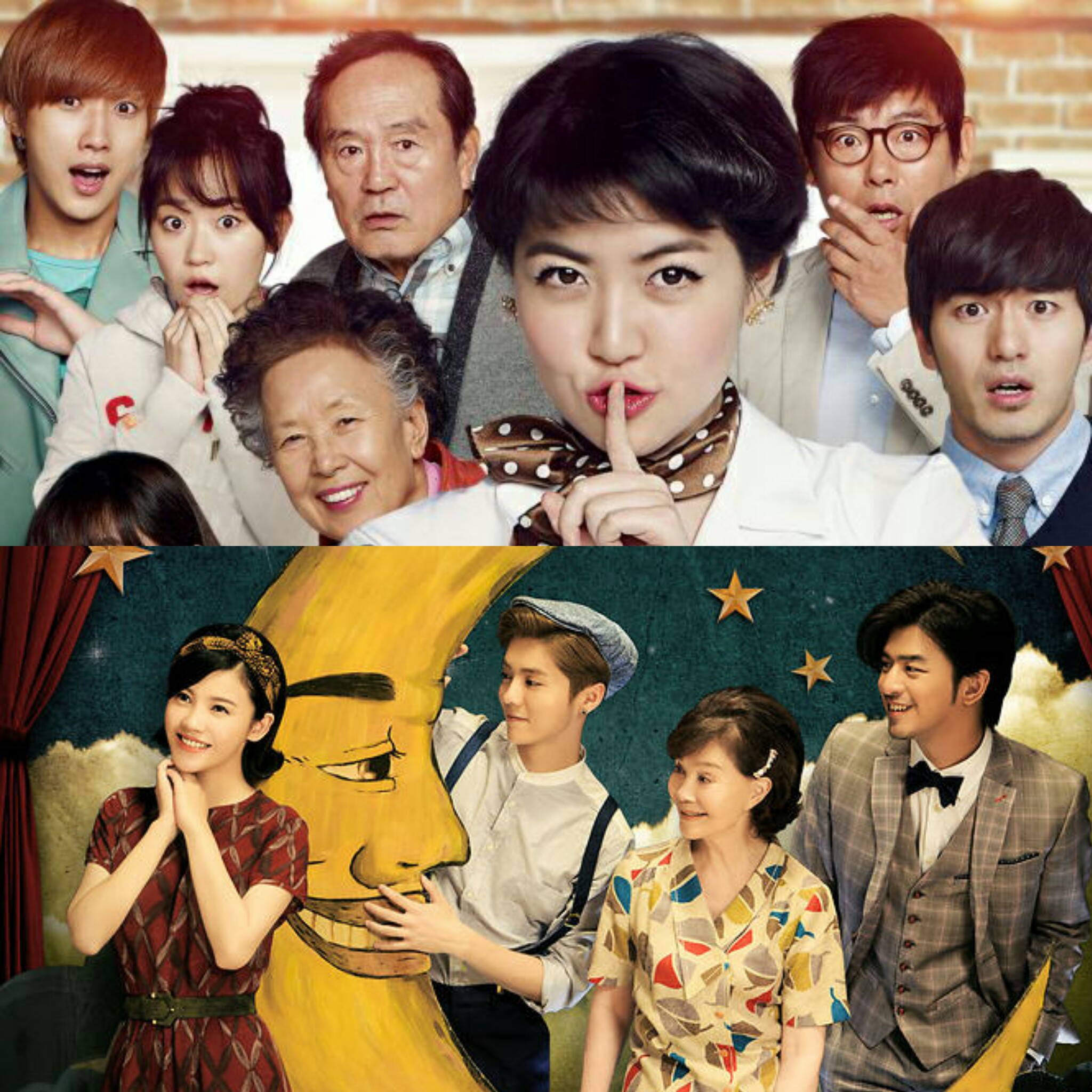 Korean comedy film “Miss Granny” was released in 2014, and due to its massive popularity, a Chinese remake “20 Once Again” was produced in 2015. Both the movies received a lot of international attention, partially due to its engaging storyline but also because many famous stars were casted for the films. Remakes and adaptations are not new to both Korea and China; there have been many K-dramas based on Chinese source material and vice versa, but there is a constant debate about the quality of these remakes.

It is a common and unqualified generalization that “the original” is always better; K-dramas are often compared to the original dramas or webtoons and receive negative reviews purely because on this comparison. While unfair because each version of the story should be evaluated separately, I do admit that when a remake has exactly the same plot and characters as the original, it is very difficult to watch the remake without subconsciously comparing it to the first version.

Though both of these particular adaptations they were very alike, there were minor points about each show which defined and differentiated them. This raises the question: which one is better? Let’s examine them.

As mentioned above, the plot for both movies were identical and there were even scenes where the dialogue was exactly the same. Sure, “20 Once Again” is a remake of “Miss Granny,” but was it really impossible for the scriptwriter to inject even a little bit of creativity into the script?

The plot on its own though, while mildly fantastical, is a winning one. It empathizes the importance of filial piety and sends out a strong message to viewers to treasure their youth. This message is relatable in both Korea and China because both societies are currently facing the problem of an aging population; the struggles experienced by the various elderly folks in the show and the conflicts within a family with various generations living together are all familiar and realistic. By giving the main character Oh Mal-Soon (played by Shim Eun Kyung)/Shen Meng Jun (played by Yang Zishan), a 70-year-old grandma, a new lease of life by allowing her to become 20-years-old again she pretty much embodies the hopes of everyone who has ever wanted to return to a particular period of time. That’s probably why these movies felt so engaging; viewers were all drawn by this imaginative idea. In reality however, with a length of around two hours, the plot moved along very slowly in the movies and felt very long. There were many scenes that I found entertaining but highly useless to the overall development of the plot.

Moreover, there were also some supporting characters who were left underdeveloped. A good example would be music producer Han Seung Woo (played by Lee Jin Wook)/Tan Zhi Ming (Chen Bolin). He was supposed to be Mal Soon/Meng Jun’s love interest in the movies. However, in both movies, the ending left viewers not knowing anything more about him apart from the fact that he has a bad temper and has retro music tastes. It’s hard to root for the main couple (if you can even call it that) when you know nothing about the male and the couple barely had any romantic interactions before they were separated.

Even if the main point of the story was not about the romance, it was way too rushed and unsatisfying, especially in a show that delivered in almost every other aspect.

For all its flaws, however, the plot definitely had great humor, whether it was through the situations that the characters landed themselves in or through the often witty dialogue. A 70-year old grandma in the body of a 20-year old young lady? Cue hilarious scenes with a young lady standing in the midst of a crowd of elderly folk and doing slow morning exercises with them. To its credit, “20 Once Again” did change scenes like these to fit in with the local culture, for example the old folks in the movie watched a Chinese period drama rather than a Korean one which was used in the original movie.

Perhaps the most defining difference between these two movies is the quality of their cast. While all the actors did a decent job in portraying their characters, all in all, “Miss Granny” had a better cast. This was especially evident for the main character Mal Soon/Meng Jun. Both Shim Eun Kyung and Yang Zishan did well and brought a lot of life to the character. They also succeeded in showing both the tough and vulnerable sides of this character’s personality, making Mal Soon/Meng Jun a very endearing protagonist whom viewers felt and rooted for. Both actresses really mastered the art of acting like old women and created amazing comedy even at the risk of ruining their personal images.

They enjoyed a good chemistry with the rest of the cast as well, in particular with the actors who played their sons, Sung Dong Il (for “Miss Granny”) and Zhao Lixin (for “20 Once Again”). This was especially important in the movies because the mother-son relationship was a very touching one, despite the lack of scenes together, this relationship worked very well in both movies.

As Mal Soon/Meng Jun was supposed to be a good singer, Yang Zishan really lost out on this aspect. Shim Eun Kyung’s singing voice was a pleasant surprise, she could not just carry a tune but she had a certain level of skill which made her singing scenes enjoyable to watch. Yang Zishan’s singing, while mildly decent, was quite unstable and emotionless, making Meng Jun’s instant popularity unbelievable and ultimately detracted from the film’s enjoyment.

For the role of Seung Woo/Zhi Ming however, the actors had to put in extra effort because the script barely helped them with their character development at all. Both the actors casted are relatively famous and have a nice resume of past projects but Lee Jin Wook added way more depth to Seung Woo as compared to Chen Bolin’s Zhi Ming, who basically remained boring and stagnant throughout the entire movie. Seung Woo’s relationship with Mal Soon also didn’t feel as forced as Zhi Ming’s and Meng Jun’s, which made it enjoyable to watch even though there wasn’t much romantic development.

This seems like an odd and trivial criteria to compare the movies with, but it’s not weird when the movies are largely centered around music. After turning back to her 20-year-old self, Mal Soon/Meng Jun gets invited to join her own grandson’s band and subsequently encourages the band to start playing old hits because those are the only songs she likes to sing. The band thereafter goes through a transformation and starts to produce quality music. This transformation was definitely illustrated more clearly in “Miss Granny,” because the movie started out with the band playing really horribly — discordant chords, lousy lyrics and so on. When Mal Soon joined them however, they were soon playing lively and catchy oldies. They sounded really good as well.

For “20 Once Again” however, the band started off with a relatively good song, so it was hard to believe that they were doing badly. As a result, the transformation was not apparent, making the storyline unbelievable.

Both soundtracks had some outstanding songs though, but the main theme song from “20 Once Again,” which was sung by Luhan, was really amazing. Apart from having a beautiful melody, the lyrics captured the essence of the movie and was a perfect way to end the show.

Although both movies had its strengths, ultimately “Miss Granny” was a better version because the story was brought to life in a very moving and heartwarming fashion, aided by the wonderful performances of the cast members and a great soundtrack.

Premium subscribers at Dramafever can check “20 Once Again” out on the newly launched CJ E&M Movie Channel. “Miss Granny” is also available on Dramafever so you can check both movies out and compare them yourselves!

Introduction to the Korean New Wave of Cinema
Which Song from BTS’s ‘The Most Beautiful Moment in Life’ Albums Are...