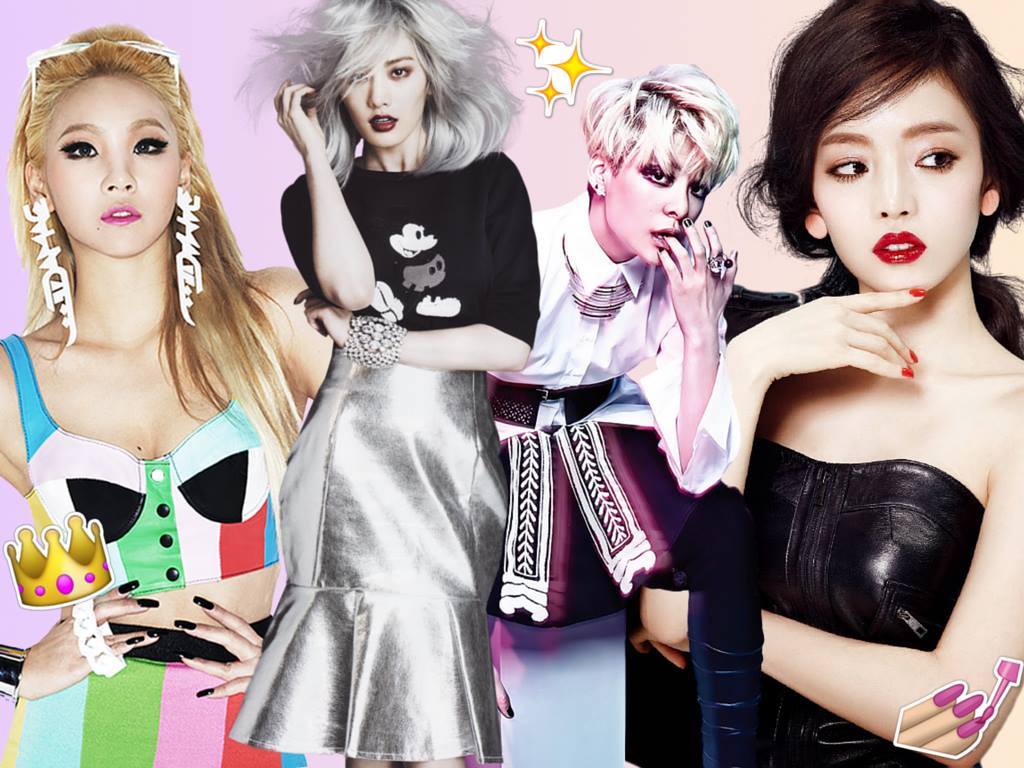 In the US and other countries around the world, June is considered pride month. This refers to a time for the LGBT community to promote and celebrate self-affirmation, equal rights, and increase visibility of their community. It’s directly the opposite of shame, so instead of laying low and living in the dark, pride is all about celebrating oneself. And even if Korea is not as open with LGBT issues, that doesn’t mean K-pop songs aren’t the perfect jams to celebrate gay pride. So on that note, here are some of our favorite songs to sing and dance to this joyous month.

Imagine walking through the red velvet rope at the entrance of the club flicking your hair over your shoulder because you obviously didn’t wait in line or were carded. The dark, smoky corridor into the dance floor is your runway, and you work it to the max to make your grand entrance. What’s the soundtrack to this slow motion moment? 2NE1’s “I Am the Best,” of course! If K-pop held Fierce Awards, this would be the winner. Maybe it’s the empowerment behind the lyrics and the ladies’ performance, or maybe it’s those thumping beats and the repetitive naega jeil jal naga that makes you feel fabulous once the song comes out, but there’s no denying “I Am the Best” is, well, the best song to represent your awesome self.

Staying on the fierce theme, few songs were embraced by the LGBT community as warmly as “Abracadabra” by Brown Eyed Girls. Like “I Am the Best,” there’s something about the beat, the dance, and of course, the guy cursing out lyrics that make it totally badass. Especially that hip sway dance coined “arrogant dance” which screams “I’m too fabulous for you.”

Once in the dance floor, you need all the jams to make you feel fabulous and bust out your best moves. Kara’s “Mamamia” and its respective choreography is the perfect song for such scenario. With its retro disco beats yet vero ‘90s pop, it’s impossible not to make you want to werk.

Another upbeat anthem to dance and sing along to is Jo Kwon’s “Awesome Girl.” Even if it wasn’t a single, the track is full of energy and personality and is all kinds of fun.

Let’s be real, T-ara’s “Sugar Free” was made for the club. Any club, for that matter. But it’s when you pair it with the choreography at the chorus that makes it perfect for pride.

If you don’t know who N.O.M are or why you’ve never heard of them is probably because their concept is banned from TV in Korea. I mean, click on this video. Their whole concept is gender bending while being fabulous. They are truly unique Korea, let alone Asia. “A Guys” was surely made with the gay club in mind.

Thailand’s kathoey or ladyboys are famous around the world, and even more so for considering them a third gender of their own. And despite Orange Caramel not using any drag queens in their music video for “Bangkok City,” it’s safe to say that’s what they were going for with their whole concept and sound wise.

One group that did use drag queens though was Girls’ Generation for their “Love & Girls” music video. What’s fascinating about this is that for a song about girls and friendship, the director was inclusive of other types of “girls,” which is very progressive for K-pop.

And while we’re on the subject of queens, what better than a song by the queen about queens? Lee Hyori’s “Miss Korea” might not be a dance track, but it’s a self empowering anthem nonetheless.

Let’s be real. Jo Kwon’s whole solo album was fabulous and awesome and just perfect. However, revisiting the drag topic, the singer performed “Animal” in heels not even girl idols would wear and dropped sass all over the stage. There’s no one as fierce or fiercer than Jo Kwon, and for that, he takes the crown for baddest bxtch.

But pride anthems are not all about being fierce and self empowering, they’re also about loving and accepting your “Beautiful” self just the way you are. That’s why this Amber song off of her solo album hits you right in the feels. It perfectly depicts her journey into being ok with herself and embracing her uniqueness.