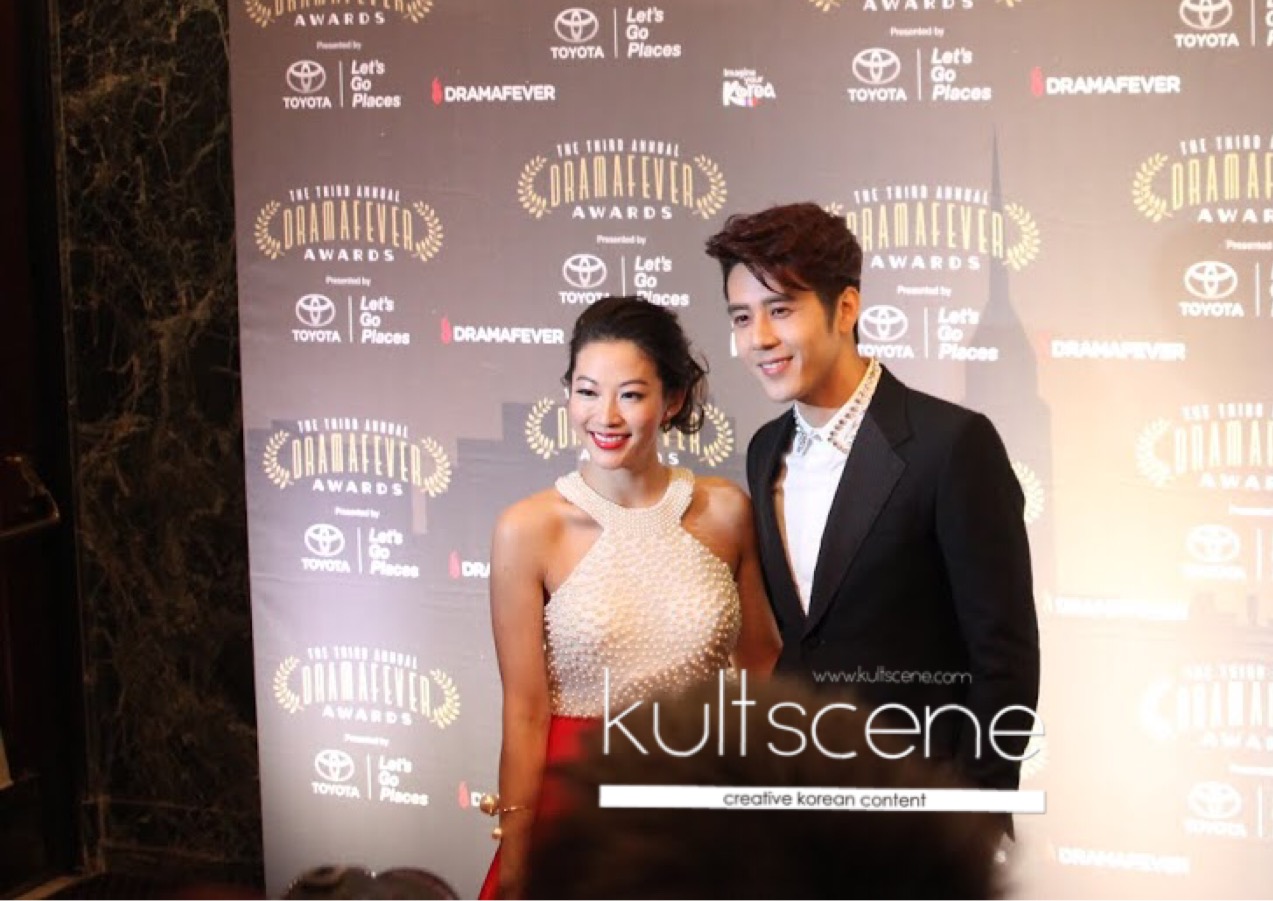 The 2015 DramaFever Awards were held in New York City on February 5, and stars aplenty showed up on the pre-event red carpet. KultScene was there, and we had a chance to speak to some of the presenters of the evening.

1. George Hu and Arden Cho Got Ready To Host 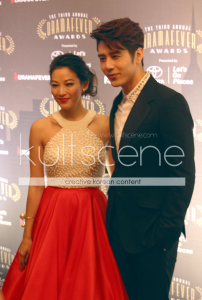 Korean-American actress Cho (Teen Wolf) and Taiwanese-American Hu (Lan Ling Wang) were clearly ready to host the night, each saying that they were honored to host the third annual DramaFever Awards. The two looked glamorous as they strolled down the red carpet, posing together but giving individual interviews. Cho hosted the event in 2014, and promised that the 2015 Awards would be an even more memorable night.

2. Cho Was A Goddess Among A Crowd Of Men 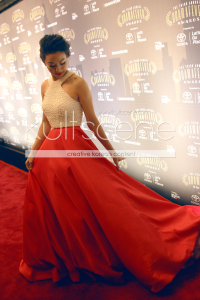 The 2015 DramaFever Awards had a lot of eye candy, but only one woman graced the Red Carpet prior to the event. Cho’s Sherri Hill white and orange dress was reminiscent of the grandeur of early Hollywood starlets and the co-host pulled it off beautifully. Cho discussed her favorite dramas, Secret Garden and Boys Over Flowers, especially the Japanese version, and how she felt representing the Korean-American community on a popular MTV show.

3. Hu Reminisced About New York Being His Home 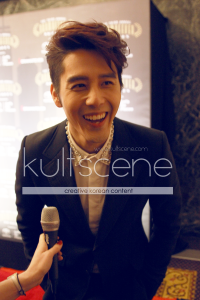 Although he’s a star now in Taiwan, George Hu is a New Yorker born and bred, and he admitted that he still calls New York “home.” “My parents are from Taiwan, so I can’t say I’m not from Taiwan, but I was born here. I’m from both sides. Both are home for me.” He said that the trip to host DramaFever isn’t his only one; Hu comes to New York twice a year so that his parents don’t have to worry so much. 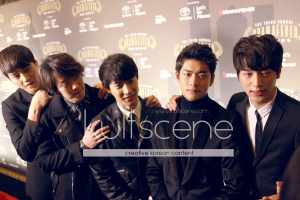 5urprise performed later in the evening, but on the red carpet the five members showed off their excitement at being in New York City. When asked what they wanted to see and do in New York City, members rattled off a simple list: Empire State Building, Times Square, Shake Shack, and Umami Burger.

5. And Member Seo Kang Joon Wowed With His Grasp Of English 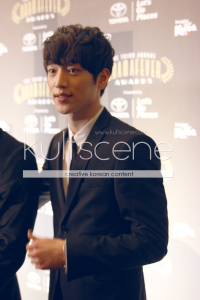 Translators were nowhere in sight when it came to the red carpet, but 5urprises’s members had no problem communicating with the English speaking press. Rising actor Seo Kang Joon (Cunning Single Lady) surprised everyone with his English language use, after exhibiting less than perfect skills on the variety show Roommate. In charge of responding for the group, Seo’s answers were clear and precise. The other members didn’t keep quiet either, and their excitement at performing at the 2015 DramaFever Awards was clear. 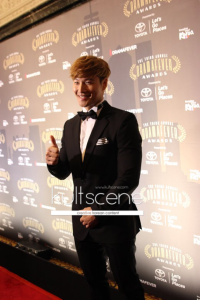 One of the cast members of Korea’s extremely popular variety show Running Man showed up as the last person to walk the red carpet, but Kim Jong Kook’s arrival while last was certainly not least. The screams from the fans waiting outside the venue erupted minutes before Kim made his way down the red carpet, where he posed for pictures while people shouted his tagline, “Sparta!”

Also on KultScene: Korean Drama Trends to Look Forward to in 2015

7. Fresh Off The Boat’s Hudson Yang Gave a Surprise Appearance 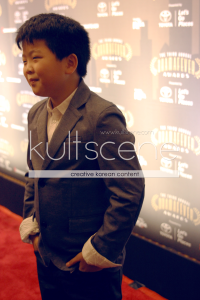 Yang is one of the breakout stars of one of the year’s most talked about sitcoms, and even though Fresh Off The Boat premiered only a few days before the DramaFever Awards, Hudson was all laughs on the red carpet. Have things changed for him since Fresh Off The Boat aired to huge acclaim? “I mean nothing’s really changed, I’ve always been kind of popular.” As for Valentine’s Day Plans? A resounding “no! It’s not that I’m not allowed, it’s that I don’t want to yet. I’m staying free.” 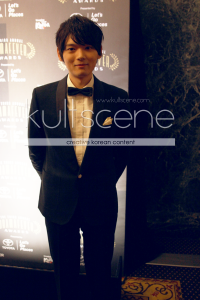 The star of Mischievous Kiss: Love In Tokyo its sequel is another drama star who spent time living in North America. Furukawa lived in Vancouver and New York, and he stopped to talk about appearing at the Awards and being one of Japan’s up-and-coming drama stars.

9. The Suit Came In Many Different Styles- Including George Hu’s Bedazzled Collar

While Arden Cho’s dress was bright and elegant, a variety of different styles of suits made it to the 2015 DramaFever awards. Some stars, like Yuki Furukawa, kept to simple black and white suits, but George Hu’s sparkling collar, made specifically for him by his stylist, kept drawing the flash of the cameras. Furukawa was the most formally dressed, with a classic black-and-white suit with a bowtie, while 5urprises’s member’s mixed and matched classic suits with leather, casual shirts, and sweaters. And Yang, as the youngest star on the red carpet, posed comfortably in a casual gray suit sans tie.

All photos courtesy of Aliza Chasan